The Rosscarbery Ladies squad that defeated Ballincollig to win the Cork LGFA minor B2 county title.

The Lilywhites faced Bishopstown on the latter’s home ground and 4G pitch as part of another action-packed weekend of ladies football minor finals – sponsored by Clonakilty Food Company – across multiple grades.

Saturday’s minor A2 county decider saw Bandon burst out of the traps and move 1-4 to 0-0 ahead inside the opening ten minutes. Laura Cummins and Sarah Burrows (0-2 each) plus a Rachel O’Donovan goal earned Bandon a merited early lead.

The West Cork side’s dominance continued right up to half time with O’Donovan netting her second goal of the afternoon. Next, Laura Cummins converted a penalty to make it 3-6 to 0-1 at the interval.

Only wayward finishing prevented a dominant Bandon from winning by a wider margin. Yet, the West Cork side were full value for their 3-15 to 1-2 minor A2 county final success at the end of an excellent display.

‘We are thrilled with the win,’ Bandon minor manager Richard Tarrant told The Southern Star.

‘This minor A2 county final victory is a great boost for the club. The girls played brilliantly throughout and did what was asked of them. Most of the team have played with our junior teams over the last couple of years. We also added seven or eight of our U16 panel to this (minor) group and they really energised the whole set-up.’ 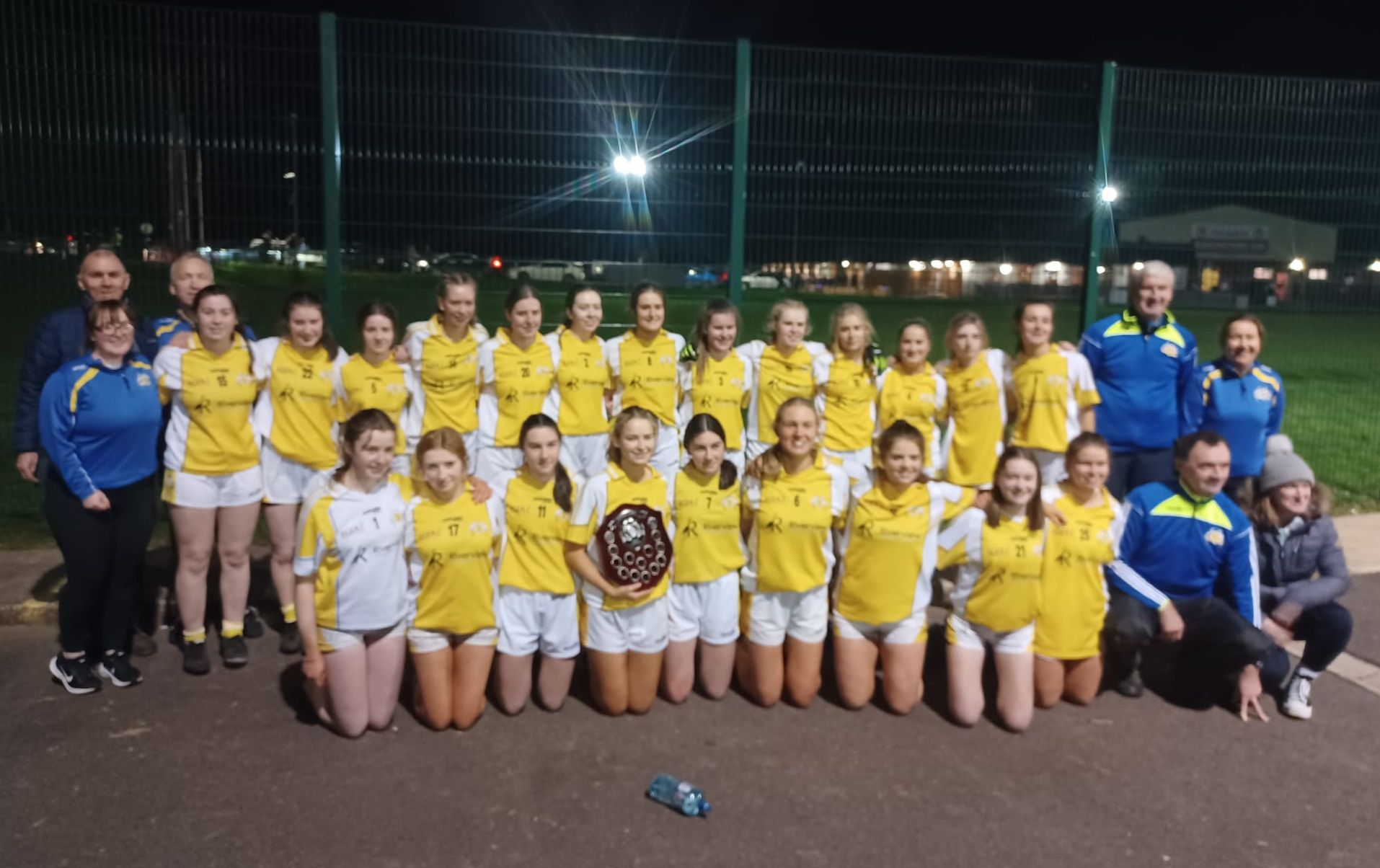 The Bandon squad that claimed the 2022 Cork LGFA minor A2 county title.

Rosscarbery Ladies rounded off a terrific season by claiming the Cork LGFA minor B2 county final at the expense of Ballincollig.

Played on Bishopstown’s 4G pitch, both sides took time to settle and it was 17 minutes before Ross got on the scoreboard. Emer McCarthy converted a penalty after Caroline Beamish was brought down in the square. Rosscarbery netted a second goal within 60 seconds as Ciara Hourihane found the net.

Ballincollig responded with a couple of points but a third Rosscarbery goal, scored by Caroline Beamish, made it 3-0 to 0-5 at the interval.

Once again, Ballincollig underlined their quality with four consecutive points immediately after the break. Kellianne French did likewise for Ross and it was 3-2 to 0-9 with less than a quarter of an hour to go.

Rosscarbery were guilty of momentarily switching off and Ballincollig took full advantage to find the back of the net. Once again, the West Cork side responded as a brilliant goal from Ciara Hourihane restored her side’s advantage.

A marvellous encounter was level with nine minutes remaining. Rosscarbery were awarded a penalty only to see Ciara Hourihane’s effort brilliantly saved. The rebound fell to Caroline Beamish who fired over the bar to edge Rosscarbery in front.

Surviving a late Ballincollig onslaught, Rosscarbery held on to win the minor B county championship 4-3 to 1-11. 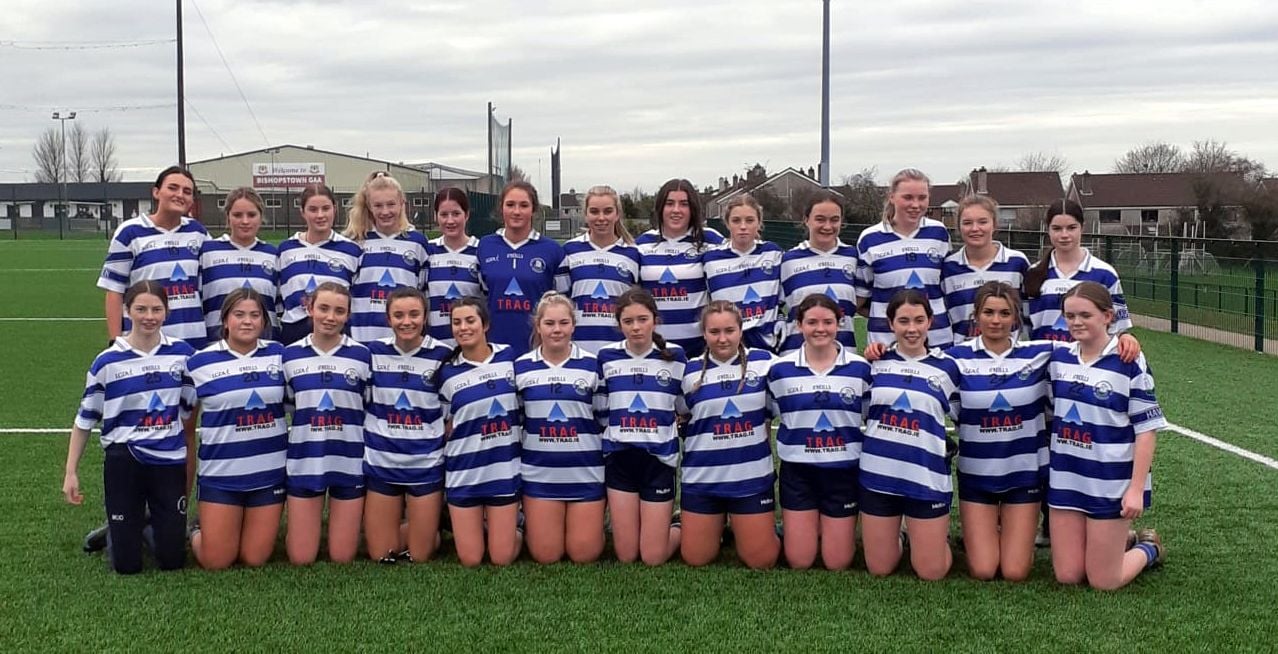 The Castlehaven minors that lost to Midleton in last weekend's minor B county decider.

There was disappointment for Castlehaven following the club’s heart-breaking loss to Midleton in the Cork LGFA minor B county decider at the Bishopstown 4G pitch.

A pulsating game began with a Niamh O’Sullivan goal inside the opening minute. Hannah Sheehy added a point before the lively O’Sullivan found the net for a second time. Ellie McCarthy raised a white flag prior to Midleton netting their first goal of the afternoon.

The scores kept coming during a frenetic start. Castlehaven looked in excellent shape once Ellie McCarthy goaled and another Hannah Sheehy point made it 3-3 to 1-2 after 10 minutes. That was Midleton’s cue to finally settle into proceedings and net three goals in two minutes, turning the minor B county final completely on its head.

Midleton continued to press and led 4-4 to 3-4 before another turning point. The electric Niamh O’Sullivan evaded the Midleton defence’s attention and completed her first-half hat-trick. Sheehy and McCarthy's points ended a breathless first period with Castlehaven 4-6 to 4-4 ahead.

Hannah Sheehy added a brace of points shortly after the restart but the concession of a fifth green flag saw Castlehaven, yet again, surrender a hard-earned lead. Worse was to follow for the West Cork side when a clinical Midleton netted their sixth goal of the afternoon to move 6-6 to 4-9. The East Cork club ran out 7-8 to 4-10 winners despite a gutsy Castlehaven effort with Niamh O’Sullivan, Becca Sheehy and Laura O’Donoghue the pick of the Haven’s top performers.

Ibane Ladies suffered a one-point Cork LGFA minor C2 county final loss at the hands of Ballinhassig in Bishopstown. The West Cork side led for the majority of a close game but came out the wrong side of a narrow 1-6 to 1-5 defeat. Sinead Walsh (1-0), Orlaith Deasy (0-3), Aoibhinn McKeogh and Alice O'Leary (0-1 each) provided Ibane's scores in a county final goalkeeper Caoimhe Ni Bhuachalla excelled.