IT’S easy to remember where you were when Amber Barrett scored that goal and Ireland qualified for the Women’s World Cup.

That’s certainly the case for Áine O’Donovan, who was attending a UEFA coaching course as the girls in green won in Hampden.

‘There were twelve of us all huddled around the TV jumping for joy when the final whistle went that evening,’ she told this week’s Star Sport Podcast.

The same Amber Barrett this week said that Ireland won’t be going to Australia and New Zealand as mere passengers and will be aiming to qualify from their group which includes Canada, Nigeria and hosts Australia. 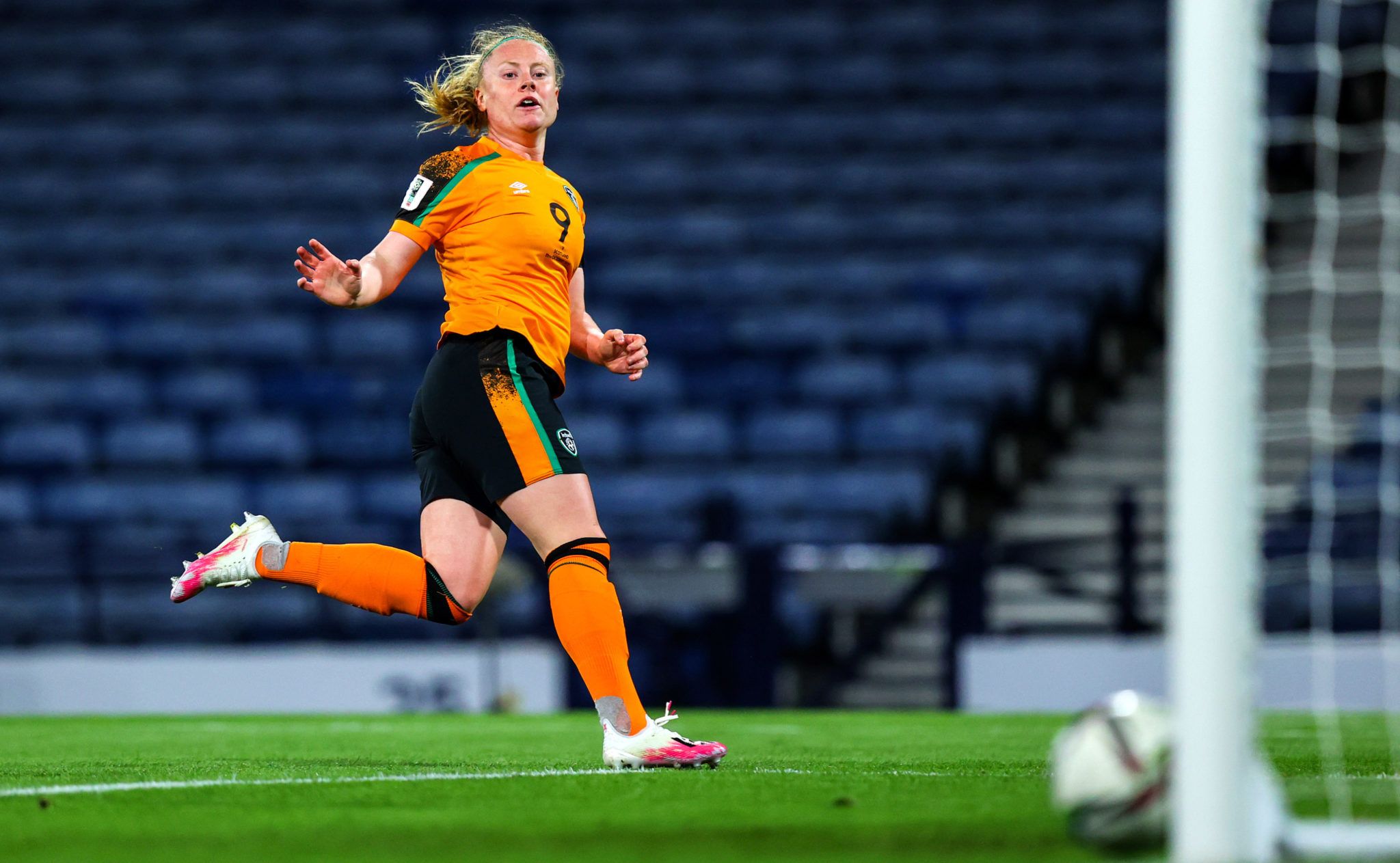 Áine agrees with the sentiment.

‘They’re going to prove to all the bigger nations how our little country will fight,’ she said.

‘We’re a country that will always fight and have massive pride in that.

‘What’s absolutely fantastic is that they’re in the opening game against the hosts. Your first major tournament and what an opening to get. The buzz they will get off that will be massive.

Opening game of the tournament against the host nation, it’s stuff really that dreams are made of.’

Áine is a coach with Bandon AFC’s senior men’s team, and also coaches the younger generation in their school of excellence.

‘There’s just a buzz around the place. We have kids coming in their Irish jerseys to the school of excellence every Saturday morning.’

Football-fever hasn’t been limited to just the pitch either.

‘I work in a school here in Bandon and the Wednesday after they qualified all the kids were out in the yard playing soccer and they were dreaming of qualifying for the World Cup.

‘Those little things would never have been seen before,’ she said.

‘It’s absolutely brilliant – both boys and girls looking up to the likes of Katie McCabe and Denis O’Sullivan. They’re role-models, not just for girls but for boys as well.’

‘Kate O’Donovan, Niamh Cotter and Oraith Deasy all have come through at Bandon AFC and are now playing at Cork City Women’s. Seeing those girls and the girls qualifying for the World Cup – women’s football in Bandon is just going to go from strength to strength.’

Áine is a big part of the success of football in Bandon, and says she loves coaching more than anything.

‘If I could do it 24 hours a day 7 days a week, 365 days a year I would!’ she said.
One of her current roles at the club is with the men’s senior team, who are top of the Munster Senior League First Division after a great start to the season.

‘As a coach it’s absolutely amazing, working with the lads twice or three times a week. It’s an amazing feeling and the lads give 100% week in week out and they’re a credit to the club.’

The aim is to get promoted to the Premier Division and to stay there next season, but Áine isn’t the type to get carried away.

She was diagnosed with juvenile arthritis as a young teenager, a condition which affects just over 1,000 people in Ireland. She had to give up playing, but her love for the game meant she couldn’t stay away from a ball.

‘Everything happens for a reason. Coaching has opened so many doors for me and given me so many opportunities, it’s been absolutely incredible.’
For Áine – and for Ireland – the aim is to continue breaking barriers.