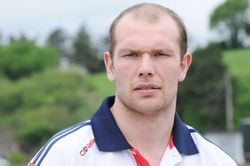 A statement on the Cork GAA website this evening confirmed that the Carbery footballer, who announced his retirement from inter-county football in November 2013, will link up with Brian Cuthbert’s panel next week, after the league final against Dublin.

O’Connor’s return will boost Cork’s midfield options ahead of the championship, in what has been a troubled area for Cork this season.

O’Connor won an All-Ireland with Cork in 2010. He made his senior debut in 2008 and also won three Munster SFC medals.

The St Colum’s man will be in action for his club in the first round of the Carbery JAFC this Saturday when they take on Bandon in Castletownkennigh at 7pm.