Experienced: Andrew O'Sullivan is a key man for Beara. 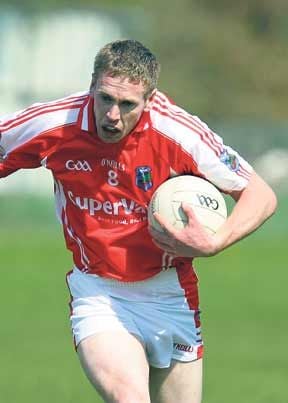 Experienced: Andrew O’Sullivan is a key man for Beara.

BEARA are looking to go where no senior team in the division has ventured in years – into the last 16 of the county senior football championship.

The divisional side takes on UCC in round two of the SFC this Friday night in Dunmanway, at 8pm, with the winner getting a golden ticket through to round four (last 16) of the championship, alongside the clubs.

Beara accounted for Seandún (4-13 to 0-13) in round one of the divisions/colleges’ section in April – a match that saw Andrew O’Sullivan, Gary Murphy, Sean T O’Sullivan and TJ O’Sullivan all goal.

Standing in their way now is a UCC team that was very impressive in knocking out the rated Carbery team, 0-18 to 1-6, and Beara spokesman Finbarr Harrington admits the divisional side has to pull a performance out of the very top drawer.

‘It’s been a while since we’ve been in the last 16 and it would be brilliant to get there because anything can happen from there on in, if a team can get on a run,’ Harrington said.

‘It’s going to be a ferocious battle against UCC. I watched them in their win against Carbery. I thought the pace of the game and the pace that UCC played at was ferocious.

‘Their kick passing, their hand passing, their moving of the ball, their ability to kick scores from anywhere in the field and the fact that they are not dependent on one or two players marks them down as a very good team. This is a good UCC side and we are up against one of our biggest challenges here.’

Beara have suffered a big blow ahead of Friday night’s game, with Urhan’s Brian Terry O’Sullivan ruled out after breaking a bone in his foot when playing for his club against Garnish in the Beara championship. He had played well in midfield, alongside Andrew O’Sullivan, against Seandún.

‘He broke a bone in his foot, he’s had an operation and he will be out for a minimum ten to 12 weeks. He’s a huge loss. It was a bad injury to get,’ Harrington said.

Meanwhile, former Cork minor Conor Lowney (Urhan) is struggling to be fit for the UCC clash after he picked up an injury in a challenge game with the Beara U21s before their recent county U21 A quarter-final win against Inniscarra.

Urhan’s Conchúr Harrington, who scored 0-3 against Seandún, has been struggling with a hamstring injury the past few weeks and hasn’t played much, but Beara are hopeful he’ll take his place in the attack on Friday night.

Meanwhile, former Beara forward David Harrington, Adrigole, who has throw his lot in with UCC this season, won’t line out against his former divisional teammates this weekend.

He missed the Cork juniors’ Munster semi-final win against Limerick last Sunday as he is currently in China in connection with college commitments, and he is not expected to return for another few weeks.