BANDON find themselves in a three-way tie at the top of the Munster Junior League with Kilfeacle and Richmond after an emphatic victory over Skibbereen at Old Chapel.

The home side was the form team coming into this West Cork derby, having won their previous three league games whereas Skibb, after a bright start to Section A, had struggled in the last two league matches. As it turned out, in-form Bandon were too hot for Skibb to handle.  Apart from the final seconds, the game was played in dry conditions, which no doubt played to the strengths of the home team.

Playing with a strong breeze into the clubhouse end in the first half, Bandon’s first scoring opportunity came after four minutes when Ben Ridgeway was narrowly wide with a long-range penalty attempt. However, a pinpoint penalty kick to touch minutes later by Ridgeway, which had been secured after good work on the ground by Tadhg Galvin resulted in a try, when from the ensuing lineout drive, scrumhalf Darragh O’Brien darted in under the posts. Ridgeway added the extras.  The lead was doubled in the 20th minute when referee John Moynihan awarded a penalty try due to Skibbereen infringing at a scrum. 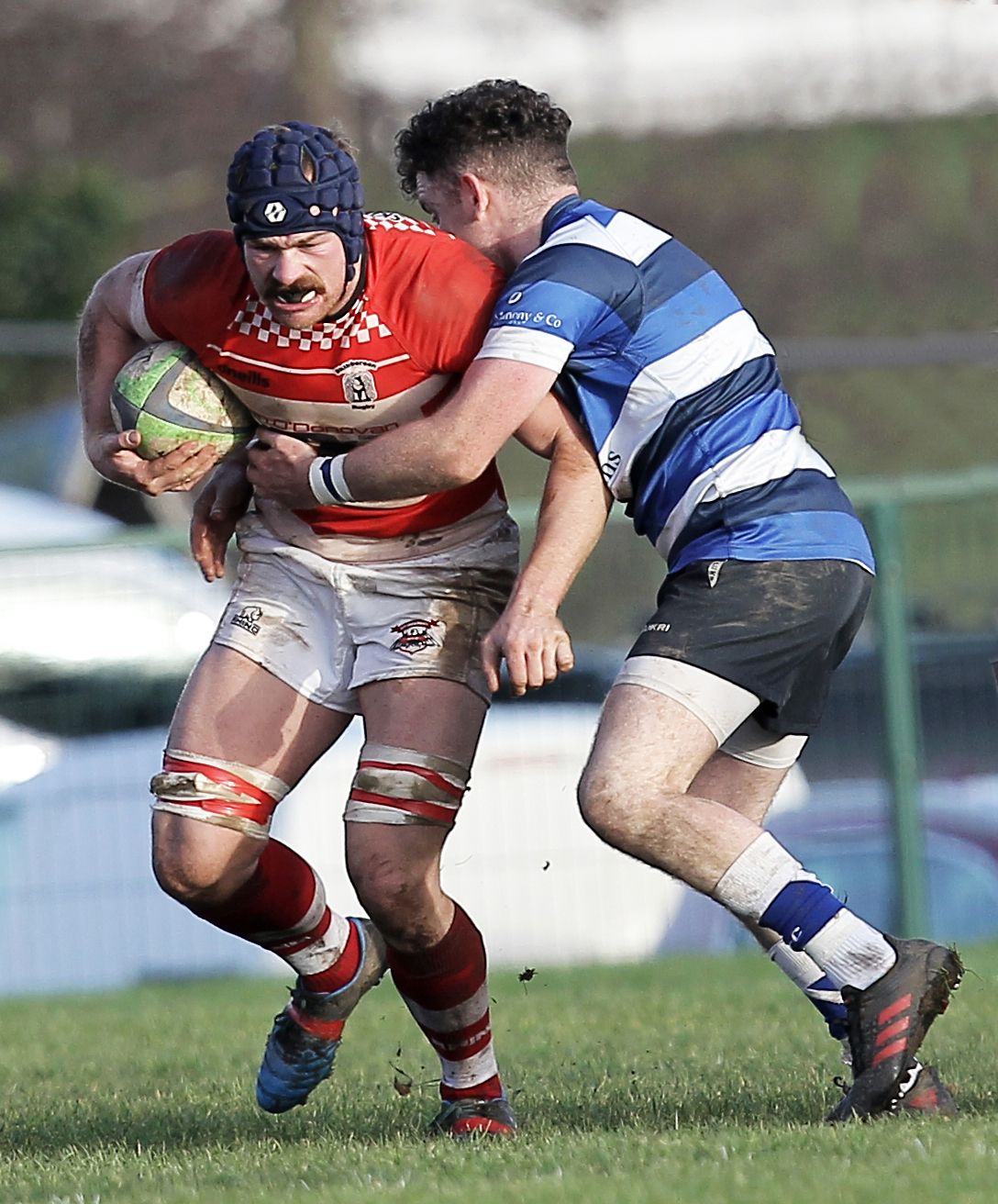 The interplay of the Bandon players from one to 15 had Skibbereen constantly under pressure, and one such passage of play saw the ball worked to the left-hand side before being swung back in the opposite direction where Josh Brady and Matthew Crowley linked up to put Josh Mahony away in the right corner for a third try.

The bonus point try was secured on the stroke of half time when a loose defensive kick resulted in a swift Bandon counterattack that saw Ben Donegan score in the left corner to give his side a 24-0 lead at break.

Any faint hope of a Skibbereen comeback was dashed early in the second half when another fantastic team try that was finished by man-of-the-match Ben Ridgeway with a superb bit of swerve and acceleration after latching onto a Matthew Crowley pass. Five minutes later, a sixth try was scored with wing forward Ben Donegan getting his second from another intricate piece of play between forwards and backs that Skibbereen simply had no answer for. Both scores were converted by Ridgeway. 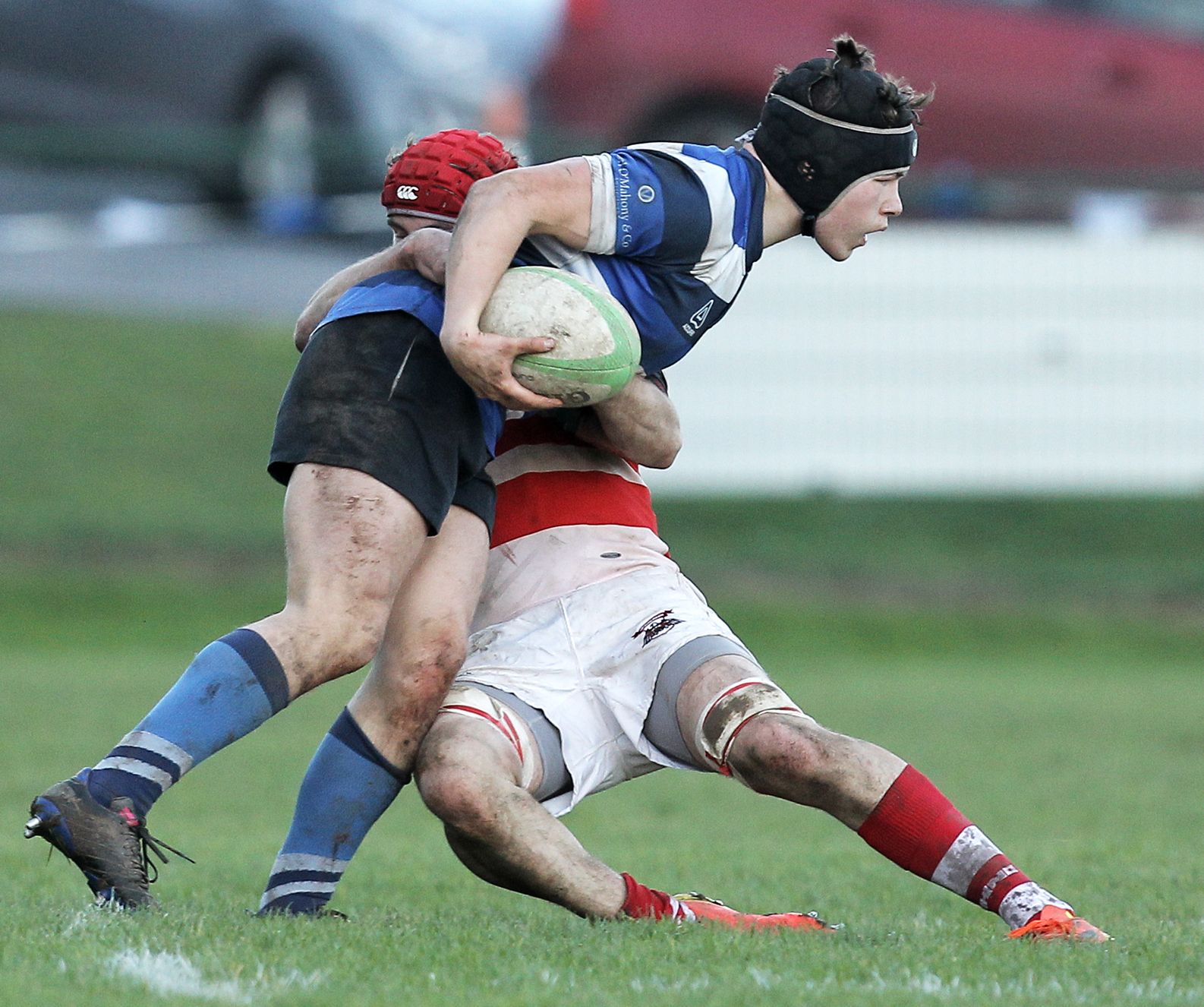 While the standard of attacking rugby on display from Bandon was at times spectacular, their set piece was also very solid throughout, as was their ability, through their clever kicking strategy, to consistently play the game in the Skibbereen half of the field.

Skibbereen did rally late on, with tries from Adam Sheehan and Dan Duggan, and both were converted by David Shannon, but it was too little, too late from the away side on a disappointing day. After a strong start to the league, winning their first three games, Skibb have now lost their last three matches, and have slipped down the table to seventh.

Overall, this was a dominant display by Bandon who will hope to maintain their title challenge this weekend when they travel to Clanwilliam while Skibbereen welcome Old Christians to The Showgrounds.