HIGH-FLYING Bandon are the new table-toppers in Conference B of the Munster Junior League after an emphatic derby win against Clonakilty at Old Chapel last Sunday afternoon.

Bandon bounced into this local clash off the back of opening wins against Mallow and Old Christians, while Clonakilty lost to both Waterpark and Muskerry in their first two matches.

Even though Bandon were favourites last Sunday, given the derby element Clon travelled with a fighting chance – but the home side kept up their impressive form with a 27-7 win as they ran in four tries. Will Canavan, James Collins O’Brien, Harry Hall and Josh Mahony all scored tries for Bandon. Canavan also kicked two conversions and a penalty. For Clon, William Tyner scored their only try, which Mark Purcell converted. 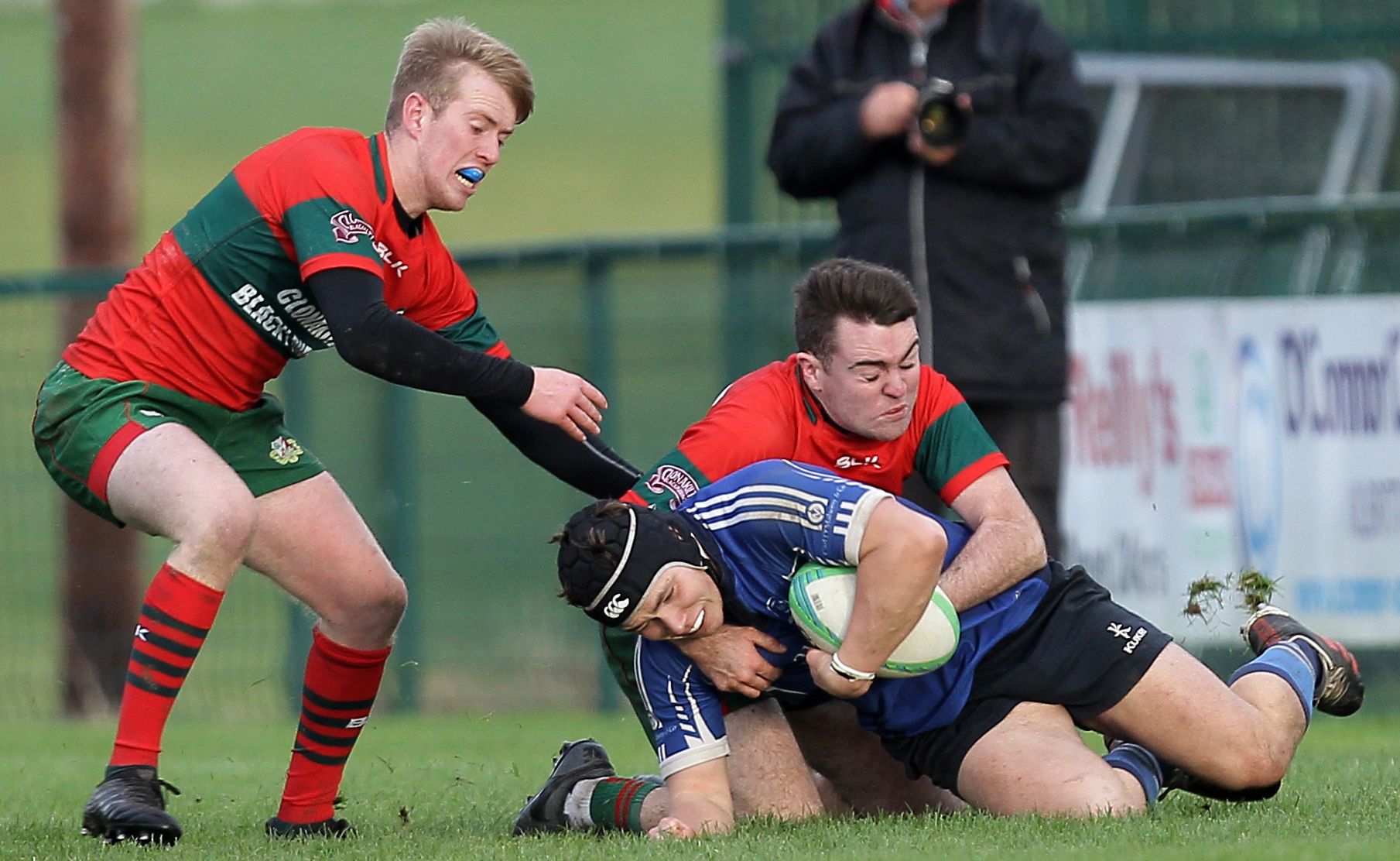 Bandon's James Collins O'Brien is tackled by Clonakilty's Conor Hayes and David Walsh during the Munster Junior League Conference B game at Bandon on Sunday.

This bonus-point win was enough for Bandon to take over as new leaders of Conference B as Muskerry, who had topped the standings before last weekend’s action, lost away to Waterpark 11-10. Next up for Bandon is an away trip to Muskerry this Sunday (2.30pm kick off), with only two points separating the duo. Clonakilty are home to Crosshaven on Sunday (2.30pm) and will hope to pick up their opening points of the campaign.

Meanwhile, the third West Cork team in this league, Skibbereen, are also searching for their first points of the campaign. They were defeated 33-12 at home by Old Christians last weekend. Kevin Coombes and Rory Byrne scored tries for Skibbereen and Jack Driscoll converted one, but it wasn’t enough to stop an Old Christians side that now sits third in the table. Skibb had lost to Crosshaven and Waterpark in their opening matches. This Sunday they are away to a Mallow side also looking for their first win in the league.