WITH World Rally Championship driver Craig Breen heading the entry list for the CFF Group Boggeragh Rallysprint near Nadd, the result was never in doubt as the Waterford driver partnered by Peter Brennan took an expected victory.

The top local crew was that of Ballylickey’s Daniel Cronin and his Dunmanway co-driver Donnacha Burke. In the VW Polo GTi R5 campaigned by Daniel’s brother Keith in the British Rally Championship, they finished fourth overall.

Elsewhere, there was a class win for the Ballineen/Rosscarbery duo of Johnny Kenneally/Brian O’Mahony (Ford Escort), who won Class 1B.

Denied victory the previous year by a lapse of power for a kilometre during the final stage, Ballyvourney’s Gerard Lucey (Mitsubishi) withdrew on the morning of the event for personal reasons.

Some 74 cars set out on the first timed run over the 5.6-kilometre stage around the Boggeragh Windfarm. Breen, as was expected, blew away the opposition, and moved into a 12.6 second lead. McCann provided the closest opposition. Cronin was third, 6.2 seconds further behind. On the second run, it was more of the same for Breen, who extended his lead to 23.2 seconds as McCann set the second fastest stage time once more. Cronin’s bid to close the deficit to the leading duo evaporated.

‘I had a bit of a disaster on that run. I stalled twice close to the end of the stage, both at hairpins, a right and a left’, Cronin remarked. Those indiscretions allowed David Condell, in a Fiesta R5, slot into third, 11.4 seconds behind McCann and 5.7 ahead of Cronin. 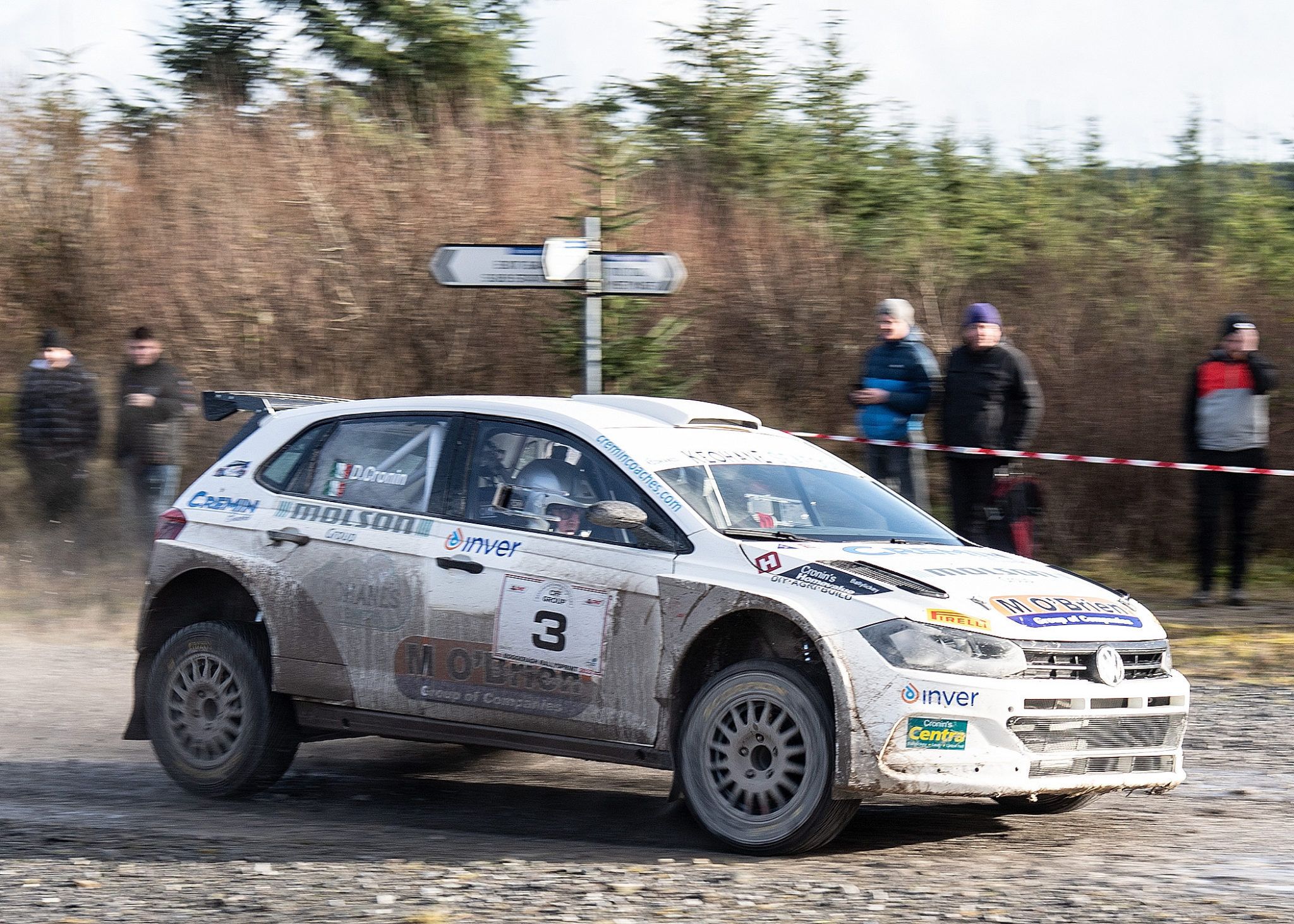 All appeared to be going according to plan when Breen powered into a 33.6 second lead after his third (penultimate) run. McCann, with another second fastest stage, extended his lead over Condell by a solitary second to edge 12.4 seconds clear with Cronin, who along with Condell got a second run due to being baulked, remaining fourth, 9.9 seconds behind the Carlow driver.

Posting his quickest stage time on his fourth run Craig Breen secured the victory. He now focuses on his return to Hyundai Motorsport for the 2023 World Rally Championship where he will share the third car with Spaniard Dani Sordo, who will drive in Monte Carlo while Breen will tackle Rally Sweden, the second round of the WRC. McCann took a deserved second with Condell third. Cronin, with his best time of his four runs, finished fourth.

Elsewhere, Ballineen resident Johnny Kenneally, co-driven by Rosscarbery’s Brian O’Mahony took their Ford Escort to a start-to-finish victory in Class 1B. O'Mahony, who also campaigned a Toyota Starlet and was co-driven by Leap’s Amy Gallwey, finished fourth in class. Following a broken drive on the second run, they were awarded the maximum stage time for the third and fourth runs. Dunmanway’s Mike Casey (Peugeot 205) finished second in Class 6.

On the same day as the Boggeragh Rallysprint and having made the long journey north, Barryroe co-driver Dylan Doonan partnered Tyrone’s Barry Morris (Darrian T90 GTR) to a fine victory in the two-wheel drive category of the McEvoy Motorsport.com Turkey Run at the Shackleton complex in Ballykelly, Derry. They also won Class 7 and finished 14th overall.