Skibbereen rower AOIFE CASEY made waves in 2022, winning a brilliant bronze medal at the World Rowing Championships. Here she picks her five most memorable races

WE HAVE ARRIVED: I’ll never forget winning my first senior world medal – and it was seven years in the making. My first international race was with Emily Hegarty at the 2015 Coupe de la Jeunesse so I’ve had to wait a long time for this, and there were so many ups and downs along the way, but they’re all part of this journey. It came together at the 2022 senior World Rowing Championships in Munich when I was alongside Mags Cremen in the Irish lightweight women’s double. Ahead of the A final we were focused on having the best race we could have and making sure each part of that race went the best that it could. In the last 500 metres we were in a battle for bronze with the French boat that won Olympic silver in Tokyo and it came down to who wanted it more – and we did! Because there was no way we were coming fourth. Those last ten strokes were the longest of my life, but we finished third and won bronze, and that’s an important medal for us. It's so satisfying when it comes together like that on the big day. All the training and all the experience we have, we drew on it all. It really made us motivated for winter training too because we can see the results and our improvement, and we have trust in the process and the training that we are doing. 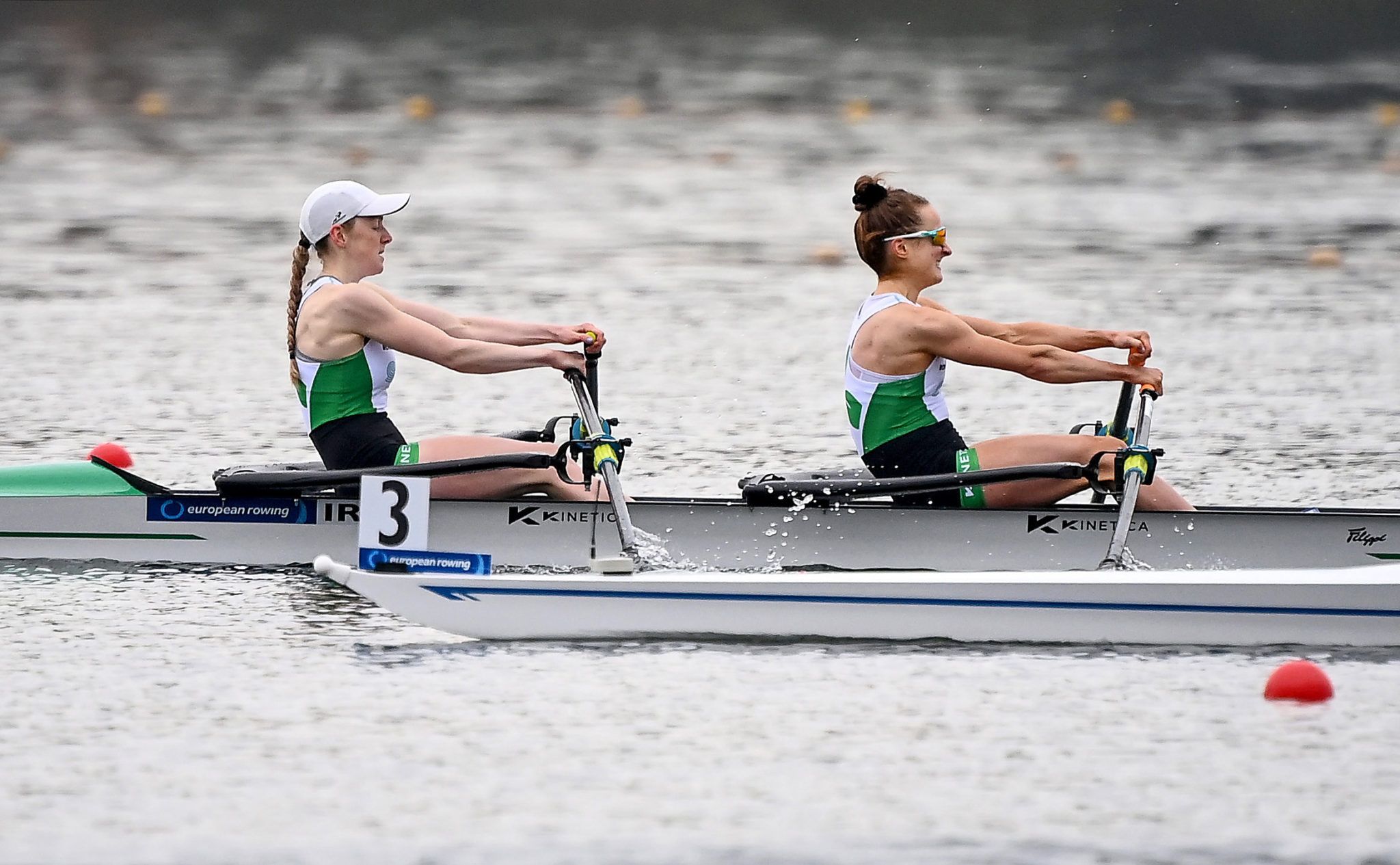 Aoife Casey and Margaret Cremen have formed a strong partnership in the Irish lightweight women's double.

TOKYO, HERE WE COME! This is right alongside winning bronze at the 2022 world championships because this race in Lucerne in May 2021 was my first ‘wow moment’ in rowing, when it all comes together to achieve something spectacular. Mags Cremen and myself were underdogs going into the final Olympic qualification regatta ahead of the Games in Tokyo that summer, but we didn’t feel nervous, even though it was the last chance to book a ticket to the Olympics. We came in under the radar, to be honest. We hadn’t spoken about qualifying for the Olympics so we didn’t feel any pressure. Of course we knew the prize on offer – the top three crews would go to the Olympics – but we just focussed on the racing, and tried to do our best, like we always do. Our best was good enough to get us third place in the final and qualify the boat for Tokyo. We pulled the hardest strokes we ever did to cross that line, and I burst into tears with relief. It was amazing. We just stepped it up a gear that week, and that was a good sign that we responded so well in that environment. It’s called the ‘regatta of death’ for a reason, but we survived!

BEST RACE OF MY LIFE: Even though the Skibbereen junior four didn’t win this race, it’s one of the best I have ever been in. It was at the 2015 Irish Rowing Championships, and I was in the boat with Ellen McCarthy, my sister Niamh and Emily Hegarty. It was such a special race. I had just turned 16 years old and the national championships were everything to me. Winning a ‘pot’ with Skibbereen is what you dream of, and why you trained all year round with your friends. It all comes down to the weekend of the championships, but even though we didn’t win – we finished second to a really good Bann AC crew – it’s a race that I always remember. I love tight races with small margins, and that was one. It was so close, but when you have given it everything and when you do your best, you know there is no more you can have done – and that’s how we felt after. We gave it everything, but still came second. It wasn’t about the loss, but more about the friendship and memories we made along the way. 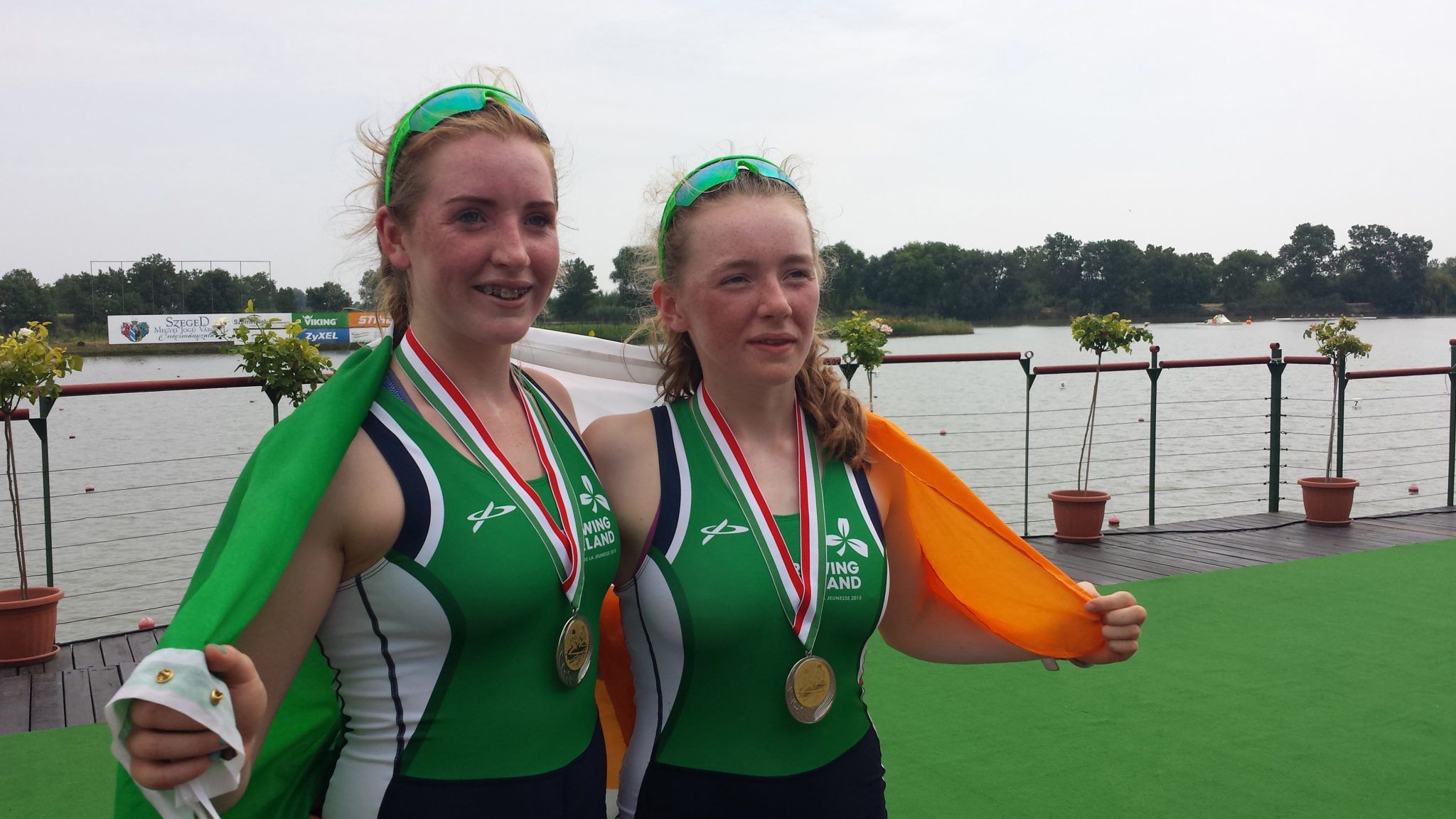 THE INTERNATIONAL STAGE: My first international race was at the 2015 Coupe de la Jeunesse in Hungary, and what made it so special was I was in a double with one of my best friends, Emily Hegarty. We’ve gone on since to compete at so many huge regattas together, from senior Worlds to the Olympics, but in different boats as Emily is heavyweight and I am lightweight. At the Coupe in 2015 we were in a double together. There was a novelty of rowing for Ireland, especially when it’s your first time and we were so excited – and it was made even better when we won a silver medal. I had always looked up to past Skibbereen Rowing Club members like Orla Hayes and Denise Walsh, Shelly Dineen and Christine Fitzgerald, who had achieved success in the years previous, so for me to win a medal rowing for Ireland, just like my idols, was incredible. And to do it all with someone who I know so well from home, a current Olympic bronze medallist, was the cherry on top. We finished second behind Austria, but ahead of Belgium. There’s a lot of nostalgia attached to that regatta, too. Just to think back to that summer and how much we trained for the Coupe; heading out to the rowing club after school for training every evening, how hard we trained, how excited we were. That was a really fun summer where I definitely caught the rowing bug!

A MONSTER IN THE BOAT: I remember all my wins at the Irish Rowing Championships, and they’re all memorable for different reasons. Skibb’s women’s junior quad success at the 2015 championships was very special, too. Emily Hegarty and myself were the experienced two in the boat, and had competed at the Coupe the year before.

We coupled up with Lydia Heaphy and Aoibhinn Keating, who were slightly less experienced, and we felt a bit of pressure as Skibb had won this title six years in a row and we didn’t want to be the ones to lose the winning streak! I remember I took it way too seriously! Emily and myself had already won the women’s junior doubles sculls that weekend and had raced other events too so our legs weren't the freshest. We were like two slave drivers in the junior quad, but it was Lydia and Aoibhinn who made the difference that day.

Emily and myself wouldn’t be the strongest in the first five strokes. To this day, I don’t think we have any fast-twitch muscles! We’re strong in the middle, that’s when we shine, but that day we had a brilliant start – and it was all down to Lydia and Aoibhinn. The power was immense, and I always remember thinking I felt a monster behind me power the boat. We needed a strong start, we got it and ended up winning, and it was all thanks to the effort of Lydia and Aoibhinn; they got the boat moving and we didn’t stop all the way down the course. That was a great win.