Do not lose your mind when you will routinely get stuck behind slow moving cows!

So you’re not a local to West Cork, but you still want to move or live here without those knowing ‘blow-in’ looks coming in your direction. Fear not. Emma Connolly offers her failsafe guide to blending in:

Realise that unless you’re born and bred in West Cork, or can claim lineage that will hold up to intense scrutiny, you’ll always be a blow-in and subject to a certain amount of suspicion. That doesn’t mean you won’t fit in or be liked, it just means that because we don’t know ‘your people’, we’ll feel a bit uneasy.

• How to say hello

Remember to salute everyone when you’re driving  - man, woman, cow, dog, the lot. The general rule of thumb (which can vary from parish to parish) is to give the one finger salute to a stranger, two (not the rude one, obviously) to someone you know or think you might know, and then the full hand (and even a smile) if it’s someone you actually like. Be alert at all times – it’s very annoying to give two fingers when you only meant to flash the one. 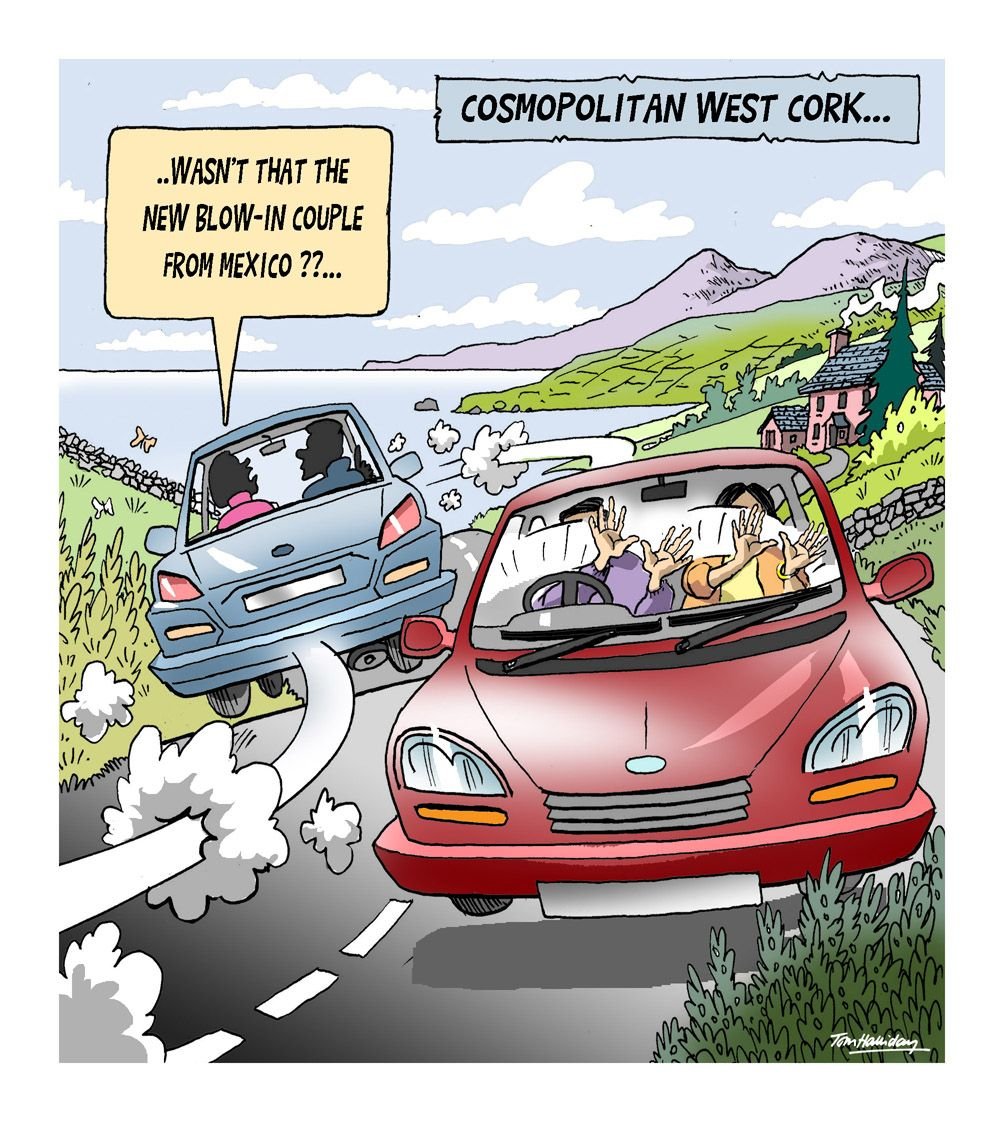 The vernacular may prove challenging at times, but just go with it. The best strategy is to nod away and smile at regular intervals. If you discover at a later stage that you’ve agreed to be a reader at mass or for the local ploughing match to take place on your land, sure, what harm, it’s a good way to get to know people.

• Go with the flow

Staying on things agricultural, do not lose your mind when you will routinely get stuck behind slow moving cows even if it means you miss a flight or are late for something important like a meeting or giving birth. Remember to stop and exchange a few pleasant words about the weather with the farmer before you get on your way. When it comes to slurry spreading, don’t expect any warnings to bring in the washing or close the windows either. Oh, and  for god’s sake, put up a good cattle grid on your drive, or neighbourly relations can get a bit eh, strained.

Do not invest in any proper all-weather gear despite the fact that it will rain a lot and get quite mucky during winter months. In fact, act quite surprised every time it rains as if West Cork is somehow more used to a Caribbean clime.

Under no circumstances get excited if you see Graham Norton, Jeremy Irons, Saoirse Ronan or any other celebrity (West Cork tends to attract more A listers than Zs). Lots of well known people like to spend time in West Cork or live here and we tend to let them at it. No pointing and no asking for selfies. That’s not how we roll. 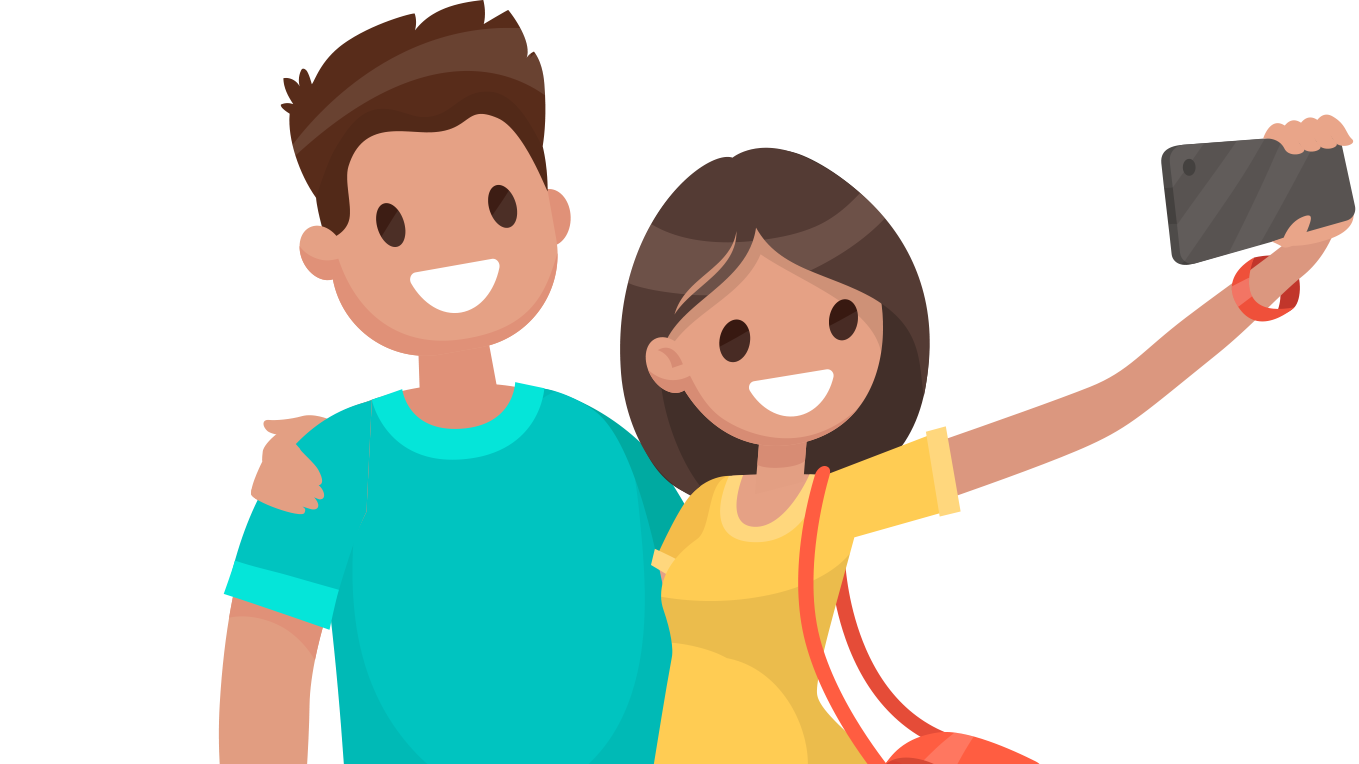 If you’re in the likes of Dunmanway or Drimoleague  the fashion police will be after you if you’re sporting polo shirts with the collars up. Same goes for shorts in November. Rules are little more relaxed in places like Baltimore and Crookhaven. But if you’re anywhere coastal, it’s a complete ‘no no’ to sport a lifejacket more than 5ft from your boat. You’ll have to find another way to tell people that you own a vessel or are just off one. Soz.

Depending where you live, be prepared to discover that you’re not regarded as living in West Cork at all. Confused? There’s a bit of a pecking order and things get a bit territorial. People in the likes of Beara and Ballydehob think Clonakilty is more like a cosmopolitan Cork city and the same for Kinsale. Era, just go with it.

Whatever you do don’t turn up to a committee meeting, social gathering or local event at the allocated start time. You will be early ...very early and probably on your own. Always add on at least 15 mins to the time indicated, sometimes 30 mins depending on what and where it is!

And that’s the best of advice we can give you. If in doubt say things like ‘era ya,’ or ‘isn’t that gas’ (where ‘gas’ can mean anything from funny to downright horrifying). And remember, sure ‘twill all be grand in the end.’