THIS week, with our rowers, runners and boxers making history and generally doing us proud at the Tokyo Olympics, and with our vaccination effort nudging ahead of the UK, thanks to brisk uptake by our inspiring young people, the government was itself attempting to break a world record of its own, namely, how many times you can shoot yourself in the foot over the course of a week.

It turns out the cabinet is suffering from a severe dose of The Leaks. In fact, it appears to be losing more water than the National Aquatic Centre in 2005. We’ve known this to be a problem for some time, of course. The Garda investigation into the leaking of a confidential report by Tánaiste Leo Varadkar to his friend Dr Maitiú Ó Tuathail is still ongoing.

This week, it was the turn of that old scourge ‘job for the lads’.

In this case it was a job for the former children’s minister Katherine Zappone, who was appointed a special envoy to the UN by Simon Coveney in circumstances that were, well, not ideal.

And then changed her mind. Indeed, the role was never publicly advertised, and the job description was never particularly clear.

We know that the remuneration is of the order of €15,000 a year and involves promoting LGBTQ rights and freedom of expression.

Zappone’s track record as a campaigner and the fact that she lives close to the UN in New York are some of the reasons mooted for her selection.

But I’m not sure that’s how public appointments are meant to work.

I’ve got a strong track record of eating 99’s and I live near a lovely ice cream parlour in Dublin. Am I to be made Special Envoy for Ice Cream?

Also, it was suggested by Leo Varadkar that Zappone might have approached Mr Coveney about the role in the first place. We don’t know the details.

In all fairness, we all know that in the real world of work, appointments are often made in a casual way. The right person with the right skillset in the right location will often be headhunted.

That’s just how the world works. But public sector appointments cannot work this way, especially given our not-so-distant history of filling state boards with any half-wit who might have done you a favour. And Zappone rightly turned it down.

The way Simon Coveney went about seeking the approval of the cabinet, without informing Mícheal Martin, was clumsy to say the least, and he spent the week with his tyres spinning in the dirt trying to talk his way out of the situation.

However, the way the appointment was leaked to the media, and the manner in which that leaker was then rumbled, entered into the realms of a Murder She Wrote mystery.

A promotion is surely due for the Fine Gael junior minister, self-described as a ‘true blue’, who laid the trap for the cabinet minister suspected of leaking the story.

This is all a far cry from the party which led the country so competently at the start of the pandemic.

The fact that Fine Gael were acting like a bunch of squabbling private school boarders is one thing. The fact that they were doing it in the midst of our world class vaccine rollout proceeding ahead of schedule, when there are political gains to be had ... Well, that is truly gold-medal-standard shooting-yourself-in-the-foot carry-on.

Power to the people

It was such a glorious week for our local sportspeople, wasn’t it? I’m home for two weeks with the family to enjoy the various local varieties of sideways rain but it did not dampen the positivity pulsating throughout the place.

You’d be getting carried away with yourself thinking anything is possible with the right mixture of hard graft and talent. On a personal level, I found last week’s front page story about Clonakilty’s pledge to become the first town in Ireland to go off-grid to be particularly exciting.

The fact that this development is to be 100% community-owned is hopefully a sign of things to come in towns across the country. Just as our athletes have proven themselves to be world beaters, who’s to say West Cork couldn’t establish itself as a world-beating region for climate action?

Finally, I never thought I’d be recommending a Jeremy Clarkson show in this column, but do check out the Amazon Prime series Clarkson’s Farm.

The show follows the former Top Gear presenter and his team over the course of a year as Clarkson attempts to ‘learn to farm’ on a thousand-acre holding in England’s Cotswolds.

The resulting show is entertaining, hilarious and surprisingly moving.

As a proud culchie, who grew up surrounded by cattle and farm machinery in Ardfield, I thought I knew a thing or two when it came to farming. The truth is, I learned more about how modern farming actually works during this short series than I did during my entire childhood.

And the show brings into sharp focus the real economic struggles that exist for modern farmers.

If we want to be seriously world class in our response to the climate emergency, how we bring our farming community along will surely decide whether we get a place on the podium. 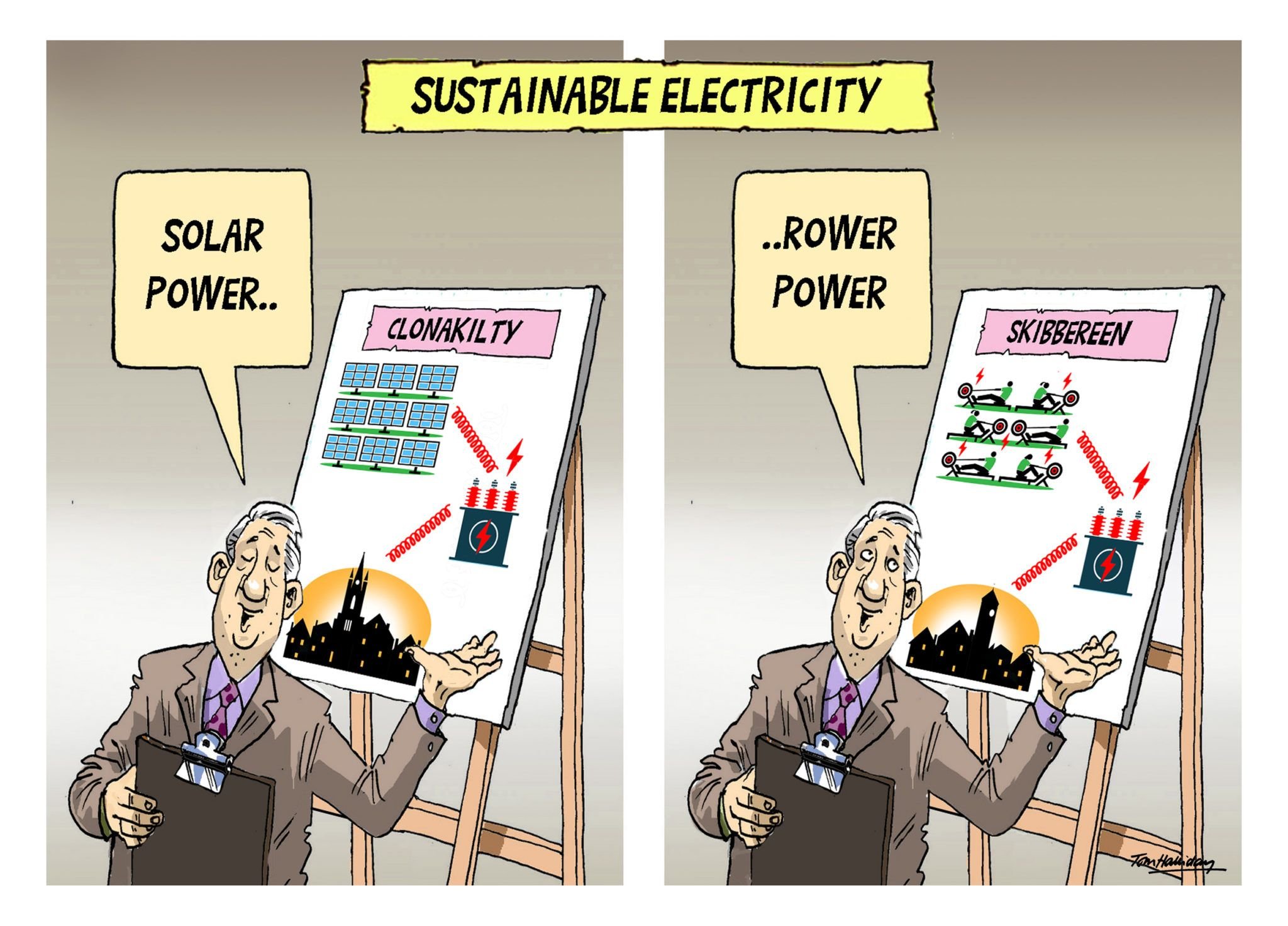