The courts of Skibbereen were just one of the sources of rich pickings for the colourful Somerville and Ross, writes fellow author and fan Martina Devlin

A SKIBBEREEN fish dealer named Honora Hurley was just one among a host of lively West Cork people whose escapades and vibrant idiom inspired the writing duo Somerville and Ross.

If proof should be needed, look no further than The Southern Star.

On May 2, 1890 this newspaper carried a report from the petty sessions (courts) at Skibbereen, where Honora was charged with abusive language and drunkenness in a public place. She had been celebrating the birth of her child, a son.

After being fined 10 shillings plus costs, she burst out: ‘Oh good God (laughter in court), well that I may have another son now and, begor, I’ll pay ten shillings more for him, thank God (great laughter). But I wouldn’t care about daughters at all. I’d rather have one son than a creel full of them (renewed laughter). Whenever I has a son I’m sure to take a drop.’

Present in the gallery were a pair of novice writers, second cousins and close friends, who were astute enough to realise that courtrooms were places where storytelling happened – stories bursting with emotion and intrigue emerged from them. In Skibbereen, there was the added bonus of colourful dialect.

Honora caught their attention, and they went on to feature a larger-than-life fish dealer in one of their Irish RM stories ‘The Boat’s Share’ – tweaking her name to Honora Brickley, a fish dealer (‘They’re lovely fish altogether! They’re leppin’ fresh!’). 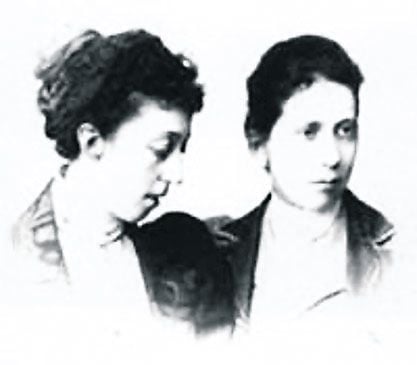 It is impossible to walk about Castletownshend without being aware of Edith Somerville. The only road into the village, with its remarkable twin trees, passes the gates of her much-loved family home, Drishane House, still home to Somervilles.

Edith sailed in Castlehaven Bay, played the organ in St Barrahane’s, transformed local tales into fiction for her stories, painted that landscape and its people – her art hangs on Drishane’s walls, including her former studio, now a charming museum showcasing original manuscripts and a treasure trove of personal possessions.

Reminded of Somerville and Ross’s literary oeuvre because of that first visit, I re-read their books, followed by the biographies about them. Then I visited Drishane, thanks to the generosity of Tom and Jane Somerville, and encouragement of my fellow writer Sarah Webb, whose family has a long association with Castletownshend. I spoke to Robert Salter-Townshend about Edith, who remembered her visiting her cousins in the castle when he was a small boy living there.

And a novel called Edith began to form in my head – it would tell her story after the glory days were over, when she was in her 60s, her collaborator Violet Martin was dead, and Edith questioned her ability to continue writing. I set it during 1921-2 against a backdrop of the Troubles leading to the formation of the Irish state, when ‘big houses’ were being burned.

Early in their stellar career, Edith and her second cousin Violet Martin, of Ross House, Oughterard, Co Galway, recognised how the barony of West Carbery was rich pickings for fiction. Violet, who used the nom de plume Martin Ross, wrote to Edith: ‘Let us take Carbery and grind its bones to make our bread…we will serve it up to the spectator so that its own mother wouldn’t know it!’ 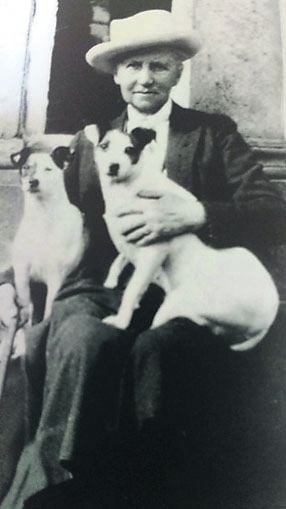 Edith was a great animal lover.

They used placenames borrowed from the West Cork countryside, such as Durrus, Rathbarry and Myross, while Skibbereen became Skebawn for the Irish RM stories, which ran to three collections between 1899 and 1915, and had a new lease of life as a TV series in the 1980s.

The pair noted down local phrases, as their notebooks reveal, and never lost their love of the West Cork turn-of-speech. In 1933, Somerville wrote about talking to a widowed countrywoman on the cliff looking out towards Cape Clear. Edith inquired if married or single life was happier, and recorded her answer.

‘She said: “Well indeed it is what I think, once ye’d got over the disgrace of it, a single life’d be the more airy. But faith!” she added with a laugh, “if ye got marri’d or if ye stay single, it’s aiqual which way it is, ye’ll be sorry!” ’

Edith said she was an artist by choice and a writer by chance. Her artwork always mattered greatly to her, and she spent some of her writing income on art classes in Paris, eventually exhibiting in London and New York. Many of the Somerville and Ross books feature her illustrations, while her pictures for the annual Castletownshend church bazaar were popular revenue generators.

She believed in supporting other artists. In 1917, Edith visited the Honan Chapel in Cork, and was mesmerised by ‘the quality of burning and furious brilliance’ in Harry Clarke’s use of colour. She hurried to commission stained glass for St Barrahane’s from him. Celtic imagery appealed to her, and in 1924 the Book of Kells was the inspiration for her mosaic flooring design in St Barrahane’s.

Edith is buried in St Barrahane’s churchyard, in a grave next to her dear friend and ‘third sister’ Violet – she always called her Martin – who died more than 30 years before her. Edith lived on until the age of 91, and never wanted to live anywhere else – Castletownshend was her patch of heaven. She died in 1949, but I like to think some part of her spirit lingers still there. 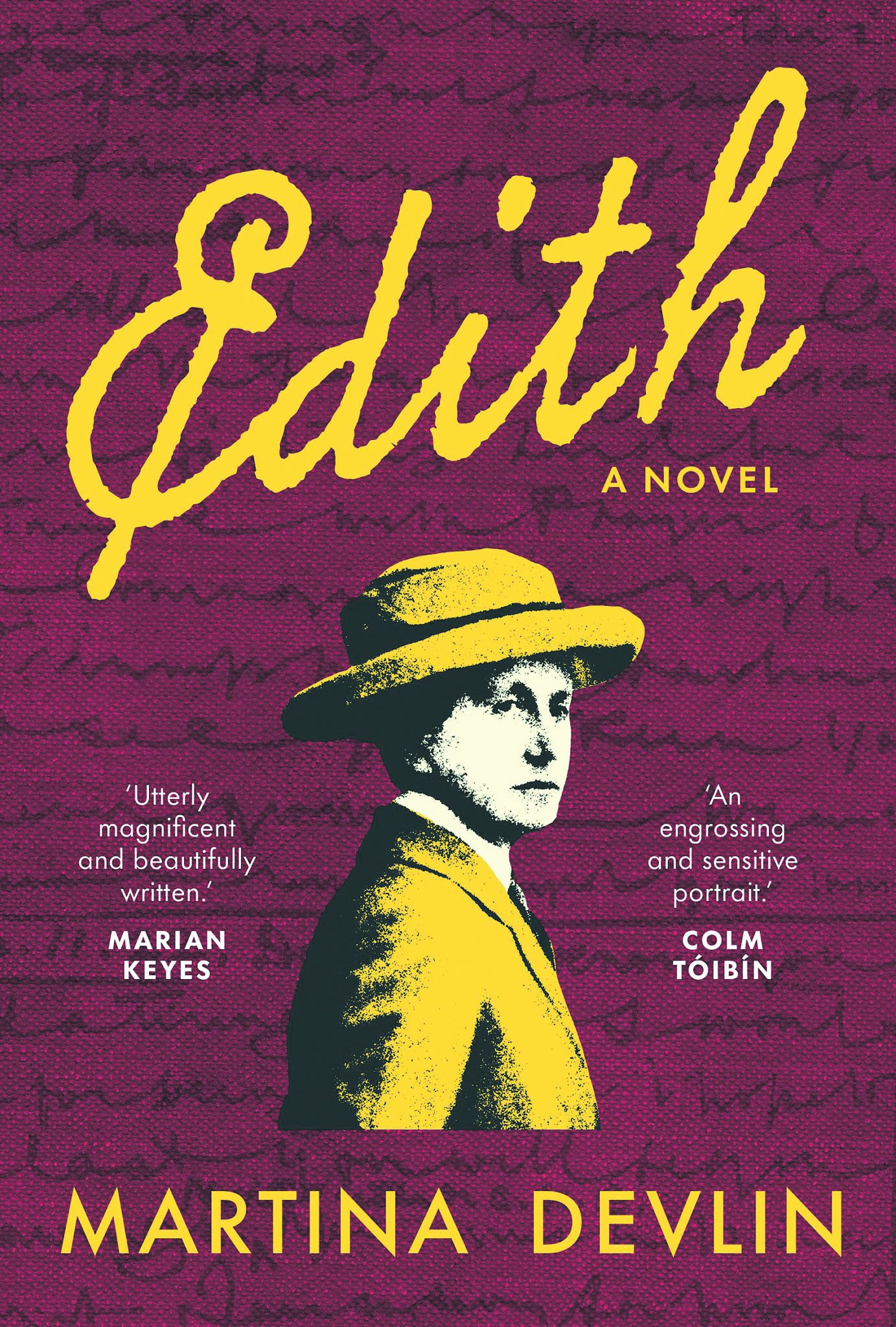 • Edith by Martina Devlin was published on May 12th by the Lilliput Press.

• Martin Devlin will be reading from Edith, her Lilliput Press-published novel based on the life of Edith Somerville in Bantry House on Sunday July 10th at 3pm, as part of the West Cork Literary Festival which runs in Bantry from July 1st-15th. See www.westcorkliteraryfestival.ie for more events.

The Irish RM was made into a hit TV series in the 80s, starring Peter Bowles as the RM (centre, in hat), Brian Murray as Flurry Knox (far right, front), Anna Manahan as Mrs Cadogan (far left, front) and Niall Toibin as Slipper (far right, back), among others.