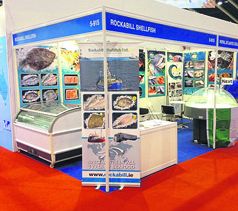 Rockabill: the company is under pressure from quota cuts.

ROCKABILL Skibbereen, a company that currently employs six people, has confirmed that it is making changes to its white fish site in the West Cork town.

With a massive reduction of over 30% of the Irish white fish quota at the start of 2014, the company’s general manager, Alan Price, told The Southern Star: ‘This has had a major effect on the Skibbereen site and many other Irish companies around the coast.

‘With the quota cuts in 2014, it meant that the Skibbereen site was only averaging eight days work per month,’ he explained.

‘The way our Irish quota system works is that the boats have a monthly quota and if they catch that in five days, or 15, their work is done, and the average in Skibbereen was just eight days.’

Mr Price confirmed: ‘We retained this for all of 2014 hoping that the Irish white fish quota would increase in 2015, but this did not happen. This left us with six full-time employees in Skibbereen, working just eight days a month.

‘As a result, we have decided to restructure the site and this will mean some job losses. Future plans for the site have yet to be put in place. We have to bear in mind that we have tenants using part of the 12-acre site at the Marsh Road Industrial Estate. These tenants will stay in place,’ he added, ‘and hopefully we will be in a position to take on additional tenants in the future.’