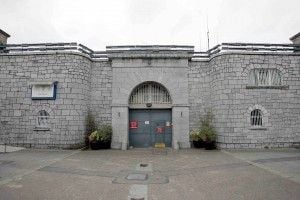 GARDAI in Watercourse Rd, Cork City are investigating a serious incident which occurred at Cork Prison on yesterday.

One male aged 41, was fatally injured no one else was injured in the incident. RTE are reporting the male is from Bandon in West Cork, but the gardai would not confirm this.

'Gardai in Cork were made aware shortly after 5pm that a serious incident had occurred at Cork Prison and that a male was seriously injured. The male was later pronounced dead by a local doctor and his body has been removed to the mortuary at CUH,' a statement said.

The office of the State Pathologist has been notified and a scene is being preserved for a Technical Examination.

It has also been reported that the incident may have arisen after an argument over a television's remote control.