The Bohane sisters of Drumadoon, Skibbereen, had a double wedding celebration at the West Cork Hotel in Skibbereen on August 30th, 1980 – from left – Mike McCarthy (Drinagh) and Ann Bohane with Mary Bohane and Pat O’Sullivan (Myross).

BRIDES and grooms who celebrated their big day at the West Cork Hotel, Skibbereen, have been sharing their happy memories online this week.

The popular hotel, in business since 1902, put out the call for couples to send in pictures from their receptions and have been overwhelmed with the response so far.

Anne Baker, front office manager, said it was an idea she has had for ages, but felt that people would have been busy to find the time to take part.

‘Last week, Patsy McCarthy tagged the hotel in a post she put up for her parents Ann and Denis McCarthy’s 50th wedding anniversary. They held their wedding reception in the hotel on March 31st, 1970.  ‘Unfortunately, due to the current pandemic,c Ann and Denis could not be together and Denis was only able to see Ann through her nursing home window. Such a heart-breaking story got me thinking that now may be the right time.

‘Inspired by this lovely couple celebrating their 50th anniversary last week in such difficult circumstances, I decided to go for it and in less than five days we have had 73 couples (or their family members and neighbours) send in their wonderful memories.’ 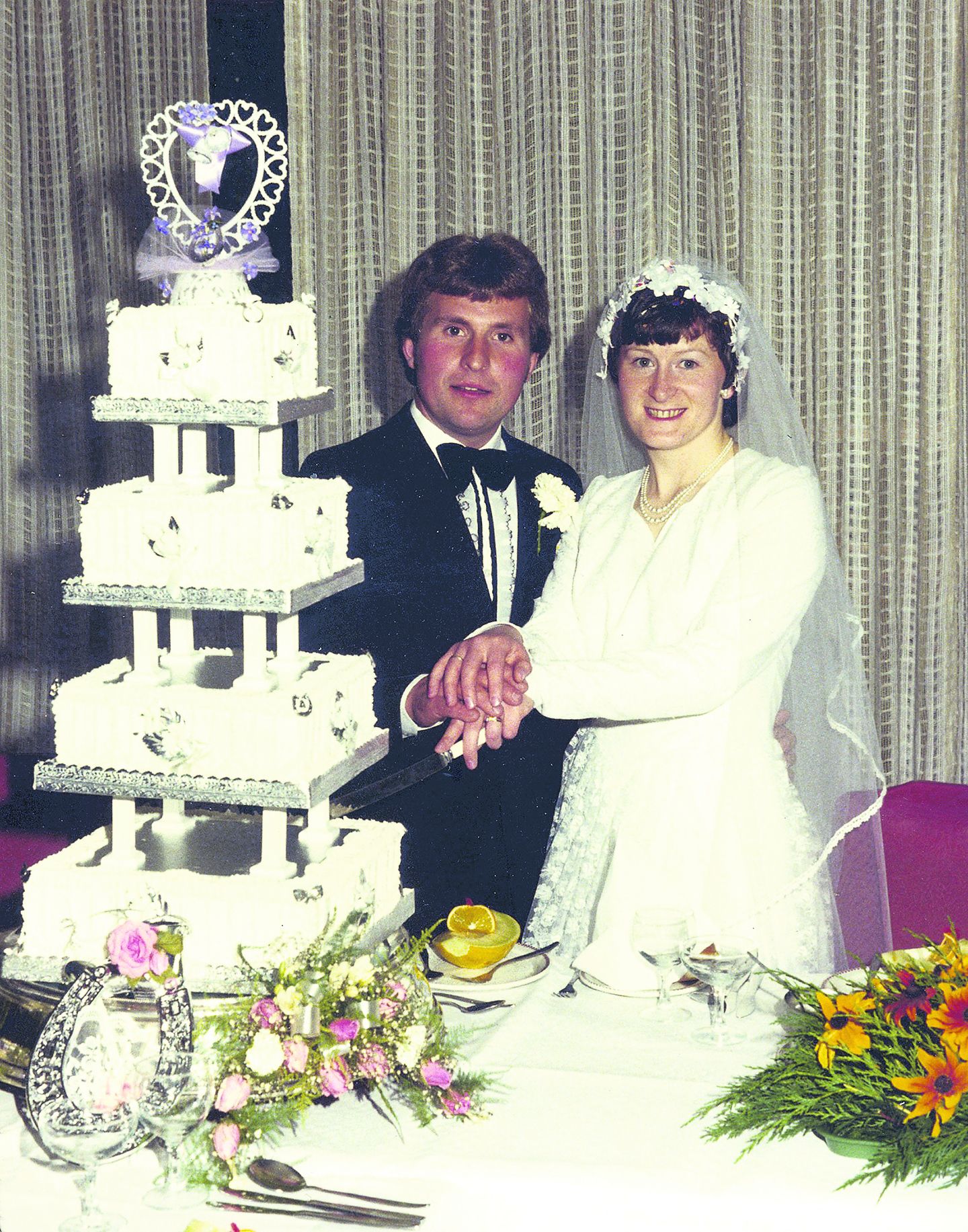 George and Eleanor Maguire, Reenascreena, who were married in Drimoleague on September 22nd, 1982 pictured at their wedding reception at the West Cork Hotel.

Anne said their call-out has not only given people something positive to think about, but has also reconnected people who had lost touch.

‘I had a very touching message from one lady who had sent in her parents’ memories telling me her mom who suffers from an underlying health condition is finding our posts a way of passing the time. There is a story to tell behind every memory we receive -  some happy and a lot of humorous ones too!

‘In this difficult time I am delighted that our #memories initiative has brought so much positivity on happy times and is helping people to focus that this time will pass and happier times are yet to come.’

Among the many couples to feature are the hotel owners themselves, Tim and Marian Looney, and two West Cork sisters who had a double wedding 40 years ago.