Sharon and Philomena from the Bandon branch of the Irish Red Cross who recently dropped off 1,000 mask straps to Bantry General Hospital.

A VOLUNTEER group – who only got  together last month – have distributed more than 6,000 straps for protective masks to frontline health staff throughout the county and beyond.

The remarkable numbers being produced by West Cork Mask Straps – made up of volunteers from Bandon and Clonakilty working from their homes  – is testament to their community spirit and desire to help others during the Covid-19 pandemic.

Using 3D printer technology, the group have managed to produce straps that allow masks to fit more securely as well as alleviating pressure on the wearer’s ears, making it safer and more comfortable.

Recently, 1,200 straps were delivered to Cope Foundation in Cork by Sharon Collins from the Bandon branch of the Irish Red Cross, the biggest delivery so far for the group.

Co-ordinator Tony Lane explained: ‘At the outset Denis Coombes initiated the idea –  he has even bought his own 3D printers. He got onto me and we then set up a Facebook page to tap into people who had 3D printers as they were thin on the ground around mid-April.

‘We initially contacted Breda O’Donovan, director of nursing at Bandon Community Hospital,  and asked her if she needed any help with PPE and she said the mask straps would be very useful.’

They realised that they had the means to print the clasps locally using 3D printer technology and a Canadian design. They then put out a call out for people with 3D printers and it has snowballed through word of mouth.

‘Each strap has notches, so the wearer can loop the mask’s elastic straps around whichever notch is most comfortable, allowing them to adjust the tension while keeping the mask firmly in place.’ 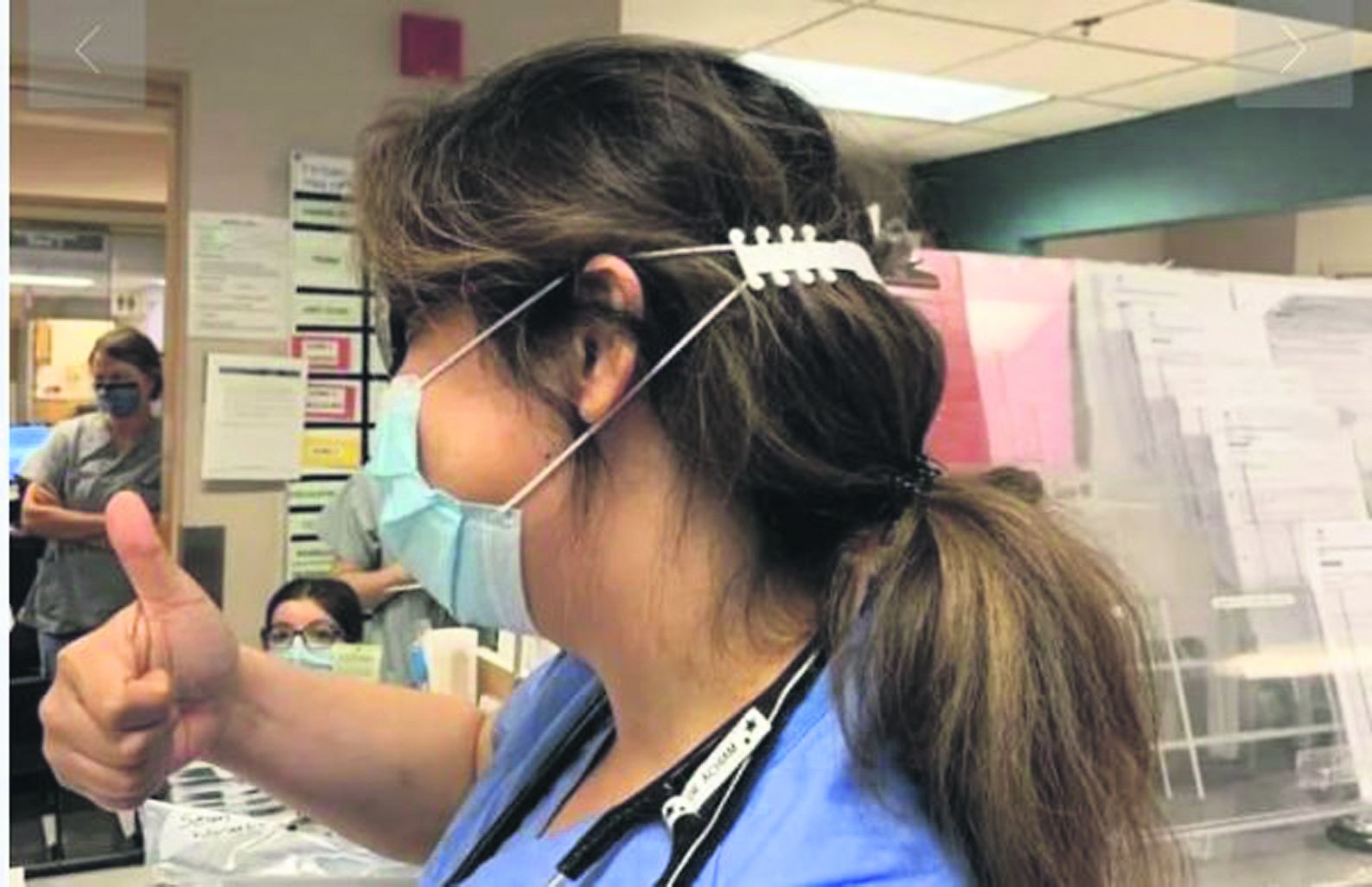 Tony said now that the government recommends the wearing of face masks in public settings, then they would expect to see a surge in demand for their straps.

‘Our next preference now is to get the straps out to doctor practices, physiotherapists and anywhere where social distancing is challenging.’

They produced their first batch of 30 straps, which were delivered to Bandon Nursing Home on April 17th, which was followed by another delivery to Clonakilty Community Hospital the following day.

Various groups have been helping with the logistics of delivering the straps to hospitals and nursing homes including members of the  Bandon branch of Red Cross, Bus Eireann, garda community liaison officers Damian White and Frances Murphy, Bus Eireann and even a biker group, known as ‘Brave Charlie Tango – Bikers Coming Through.’

‘We reached out to Brave Charlie Tango and they have been fantastic too and delivered 100 straps to a nursing home in Tipperary last week. But all of this wouldn’t be workable without all these groups  supporting us,’ added Tony.

They are working on two versions of the straps currently – one is 3D and the other is laser cut version. Michael Stephens, a staff member of The Southern Star, is working with the group on a prototype for a laser cut version.

They are also keen to scale up production and are appealing for those with 3D printers to come on board and they will share the print file and arrange logistics.

As with any volunteer effort the groups are also seeking donations from the public to help purchase materials make the masks clasps.

‘We rely on public donations for the PLA used in printing but we have sourced a supplier in Donegal who is giving us very favourable prices. For 1KG of PLA we can generate 350 straps.’

Tony said it’s rewarding for them when they receive letters and positive feedback from healthcare staff who are using the straps for their face masks.

‘Anything you can do to help people is these settings is very appreciate and this is only one small component part of the overall PPE effort.

‘You have people making masks  producing face visors or gowns and it’s a fantastic effort and where there’s a demand and a need people have responded.’

Benchspace, a leading creative hub is Cork city, will also be allowing the group to use their online platform technology to co-ordinate demand and logistics and pick-ups.