Mary and Martin on the 2,190 mile Appalachian Trail

A GLENGARRIFF-based couple are gearing up to walk a 4,265km trail that goes from Canada to Mexico.

Martin Connolly and Mary Flaherty have already completed the longest hiking-only footpath in the world, ranging from Georgia to Canada, which took them six months back in 2018.

But this time they won’t be returning to their beloved West Cork afterwards, as they’ve put their Japanese inspired, entirely hand-built home on the market and are ready for new adventures.

The pair had lived in Japan for 10 years and were home on a walking holiday in 1993 when by chance, they came across the site where they built their enchanting home.

‘We were walking sections of the route from Malin to Mizen and we were keeping an eye out for a small house to buy here. We had nearly given up hope of finding anything, until on one of the last few days, we were in a Japanese restaurant in Ahakista called Shiro and we saw the “for sale” sign for our site,’ said Mary.

They felt an instant connection to the 4.5 acre site which has views over Caha Mountains and Glengarriff harbour. 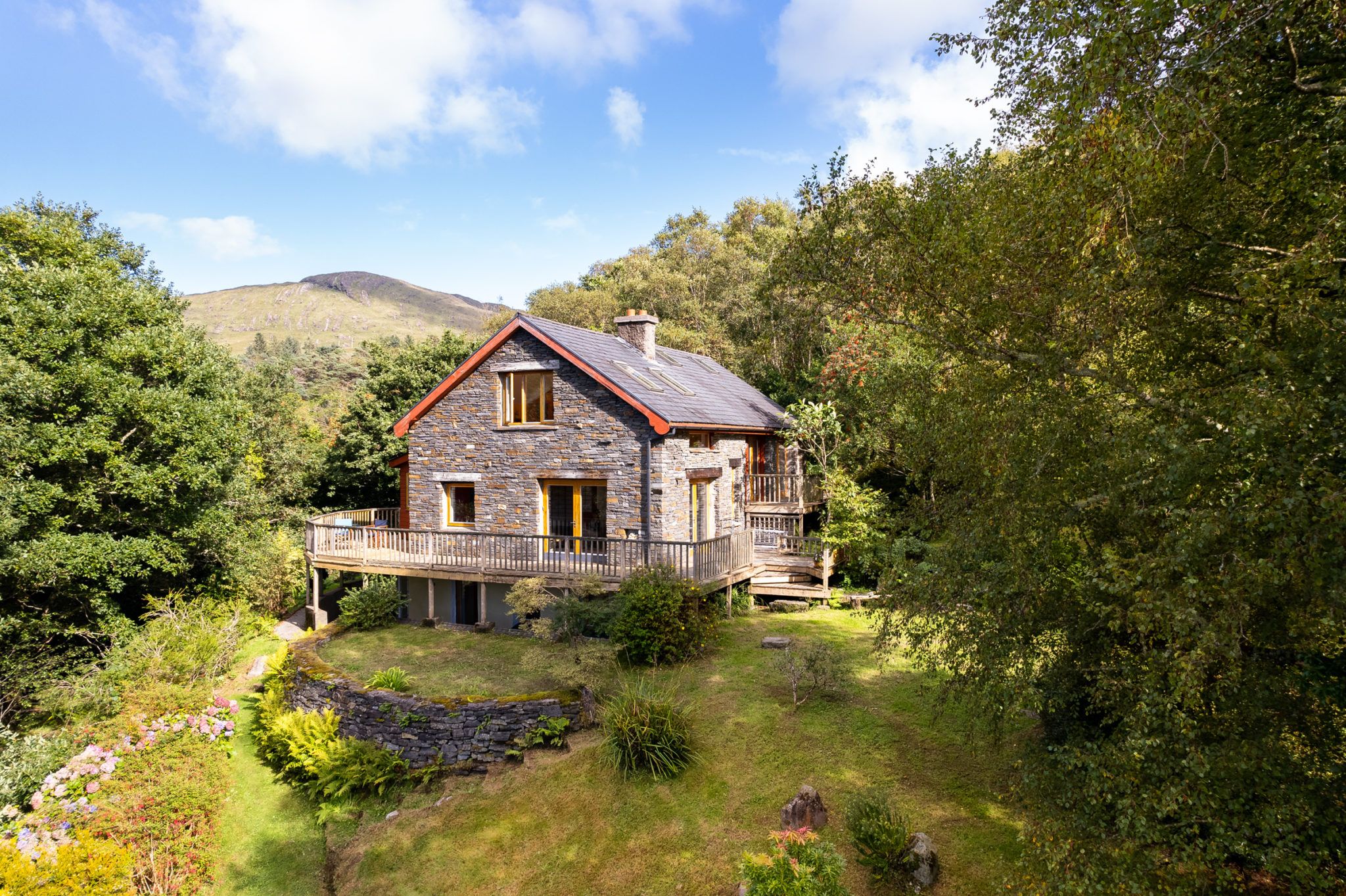 Initially the globe trotters built a small cabin type structure on the site and the plan was to have it as a flexible base to use when they were in the country.

But they ended up moving back from Japan permanently in 1994, and started the epic task of building the three storey, stone-faced 2,500 sq ft, house with a wrap around raised terrace in 2000.

Martin is a Chinese acupuncturist and physiotherapist. He was born in the UK and Glengarriff is the longest place he’s ever called home. Mary, originally from Tralee is a psychologist and yoga instructor. She wrote a book last year called ‘Does Yoga Work? Answers from Science.’

They met in Dublin when Martin was her karate teacher – the rest as they say is history! They’re both environmentally motivated and wanted to create a timber house that would eventually rot away, or disappear into the landscape. A planning requirement meant that stone had to be used, but the emphasis remained very much on sustainability. The front door is from a local church, the entry hall is tiled with beach pebbles from the Dingle Peninsula, a demon tile over the entrance porch is from a Japanese temple that was being destroyed, while antique screen doors were salvaged from an old Japanese temple.

Martin also made a staircase from his favourite tree on the woodland property which was uprooted in a storm. Looking back now they wonder how they did it!

The new owner of the property, they hope, will be someone who ‘gets the importance of it not being all about the house’ but a place to enjoy what’s around it

The couple will miss West Cork dearly. Martin said: ‘I’m old enough to have seen lots of places over the decades and I can see that the world is filling up, there’s a real pressure of extra human beings. But in West Cork there are still places you can go where you can be all alone which is most extraordinary.’ Mary added: ‘We’re ready to simplify our lives and let go of something we’ve loved. While our bodies can, we’re ready for another walk!’