About 25 buildings known as the ‘castles of the imperialists’ fell victim to a spate of devastating fires as locals sought to avenge the executions of Republicans throughout West Cork, 100 years ago this year.

A CENTURY ago, Macroom Castle was deliberately burnt down. It was no stranger to fire, having first been set ablaze in 1602 when a pig was roasting, then during the Rebellion of 1641, and in 1650 by Cromwell’s forces. In summer 1922 it received its fourth – and final – torching.

For many years the castle had been owned by Lady Olivia Ardilaun, daughter of the Earl of Bantry, who had grown up there.

At the time of the burning, the castle was occupied by anti-Treatyites who opposed the settlement signed with Britain that spring, saying it would never bring Ireland full independence.

Anticipating that British forces would reclaim the building imminently, on August 18th 1922 the men burnt it to the ground and fled to the mountains. As they left, they destroyed the town hosepipe, to prevent locals from putting the fire out.

The burning of Macroom Castle was one of a spate of attacks on country mansions. In his latest book, Burning the Big House, Terence Dooley gives a gripping account of what happened to the ‘castles of the imperialists’. The ‘shockingly sudden’ lootings and burnings, 1919-23, sought to avenge the execution of Republicans, and recent raids by the Black and Tans, and drive away landowners, so their property could be redistributed. Edith Somerville of Drishane House, Castletownshend (which was spared), recorded how during one local sacking attackers used a Rembrandt as a dartboard!

In all, some 275 ‘Big Houses’ were burnt, or blown up. Around 25 were situated in West Cork – from Castletownbere to Carrigrohane. 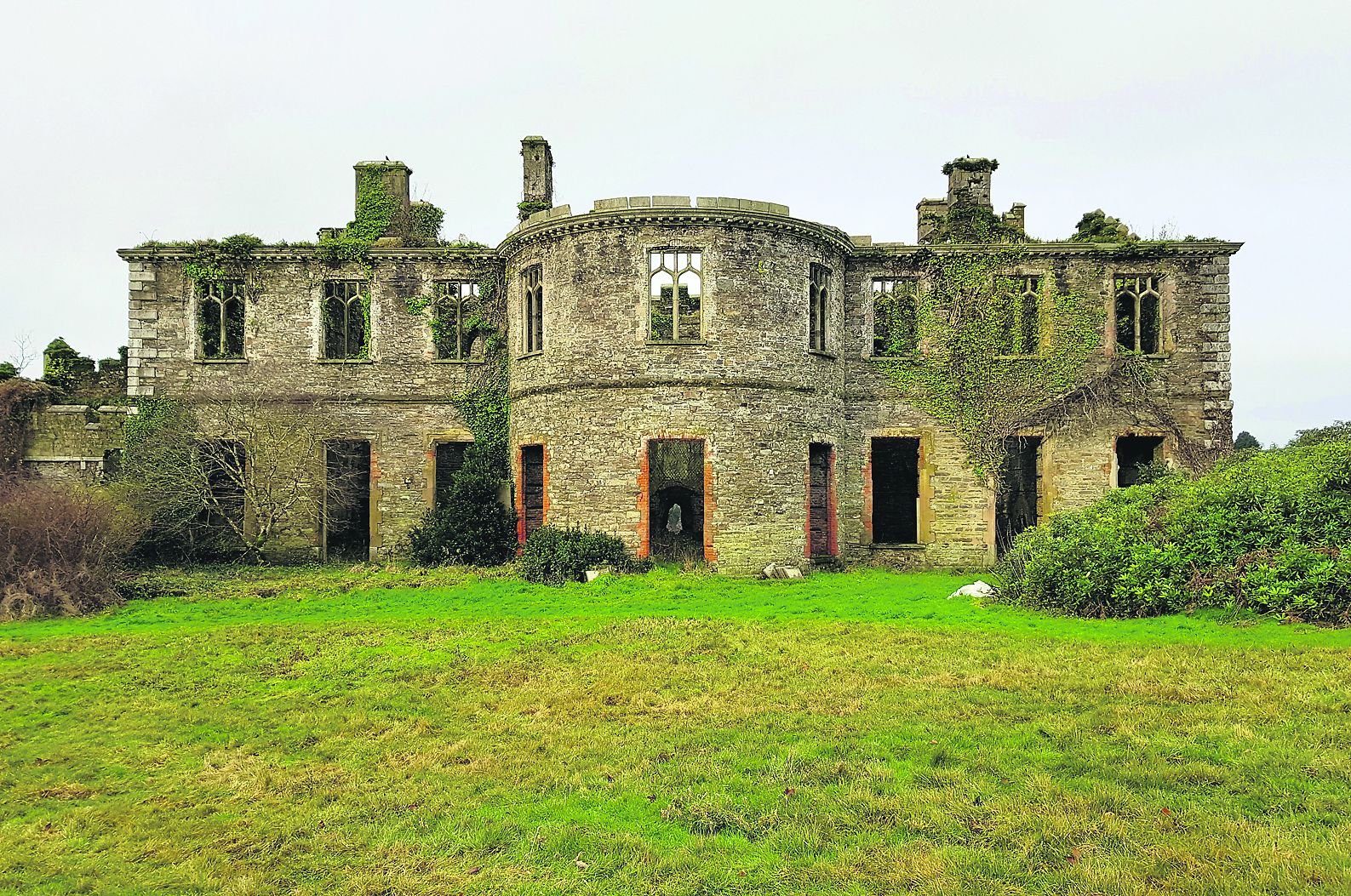 First to be torched was Kilbrittain Castle. Set in almost 500 acres, it boasted 60 rooms, including a ballroom and banqueting hall. Many dubbed its owners, Cork timber merchants Denis Doyle and Daniel O’Riordan ‘land grabbers’, who had heartlessly ejected local tenants. On May 26th 1920, a group of men who claimed they’d ‘come to cut the trees’ seized the castle, and gave those inside 10 minutes to salvage what they could before burning the place down. The inside was ruined, with ‘only the walls of the castle and debris’ remaining, reported the Skibbereen Eagle. ‘No one seems to have attempted to save the fine building…any interference would have led to bloodshed’, commented the Cork Constitution.

Exactly a year later, around midnight on May 25th/26th 1921, footsteps were heard on the south side of Kilcrenagh House in Carrigrohane, followed by a knocking on the front door. 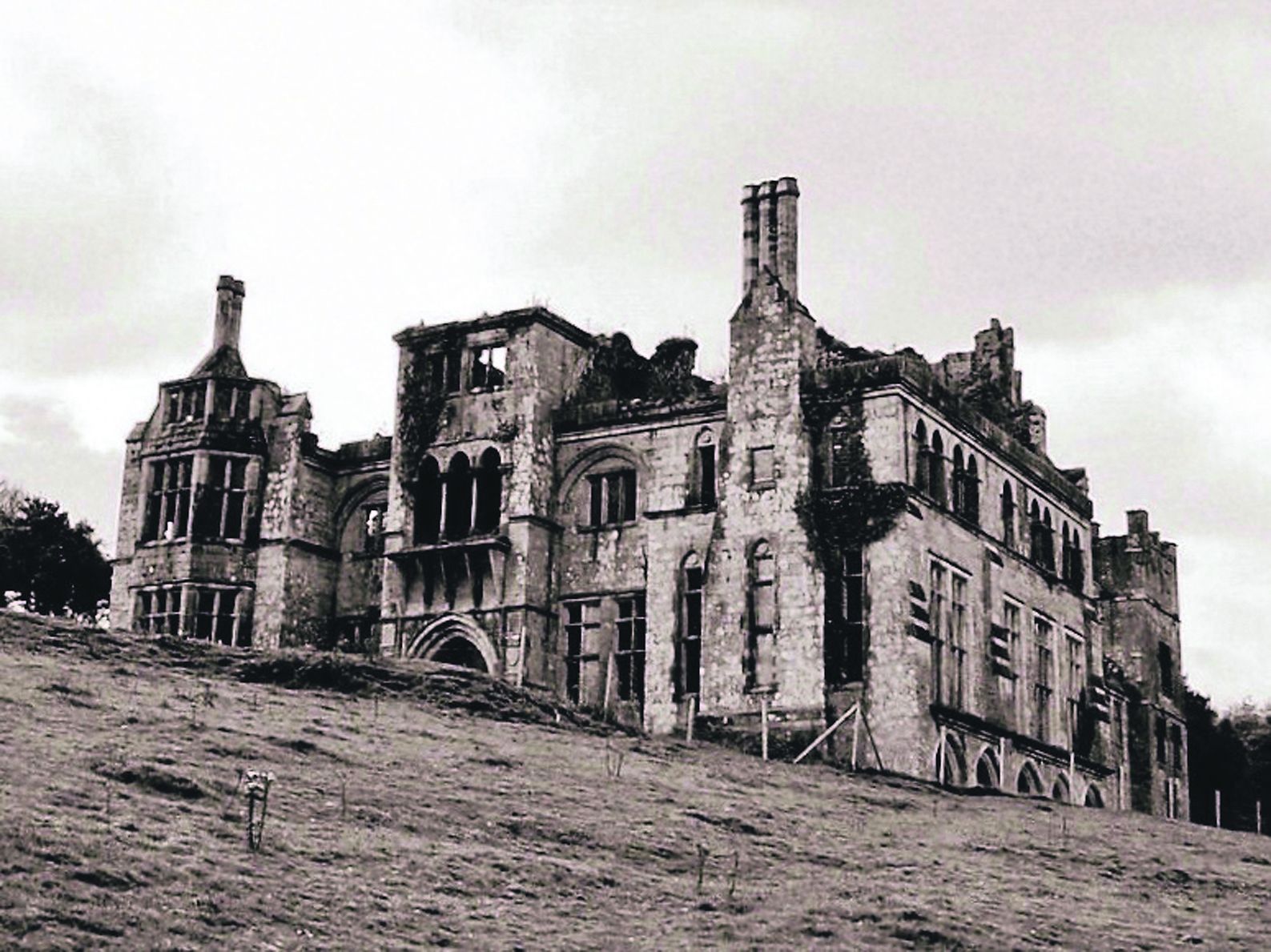 About 30 men stood outside, pointing revolvers, and demanding to see the owner, Ebenezer Pike. They informed him they were going to burn the place down, as a reprisal for the torching of two cottages by the Black and Tans in Blackpool in Cork.

While one man rifled the safe, Pike, his wife and servants were bundled into the stables. Within five minutes the house was ablaze, and their cattle seized.

Thousands of pounds worth of furniture and valuables, belonging to local mine owner HL Puxley, also went up in smoke at Dunboy Castle in Castletownbere on the night of June 8th-9th 1921. As members of a local IRA unit set fire to the roof, ‘flames began to shoot into the sky’, reported the Skibbereen Eagle. Roads leading to the castle had been blocked, and there was no chance of saving the property, which was completely gutted.

When Castle Bernard near Bandon was torched on June 21st 1921, the target was not so much the building, but its owner, the fourth Earl of Bandon, president of the local branch of the Unionist Alliance that had executed IRA prisoners.

The nine attackers had planned to take the Earl hostage, but they wasted so much time looking for him and his wife, Georgiana, in their sprawling mansion, that meanwhile they decided to burn it down. A wonderful library, and a magnificent collection of paintings, furniture and silver plate perished. ‘The ruin is absolute,’ commented the Earl’s niece. ‘All one can do is to wander across the mass of debris in those precious rooms.’

By 1923, the once great mansions of the Anglo-Irish littered the countryside, standing like ghostly figures for generations to come. Each burning represented ‘the physical destruction of the footprint of the coloniser’, writes Dooley, helping rid localities of ‘an alien presence’ that brought with it ‘servility and deference’. 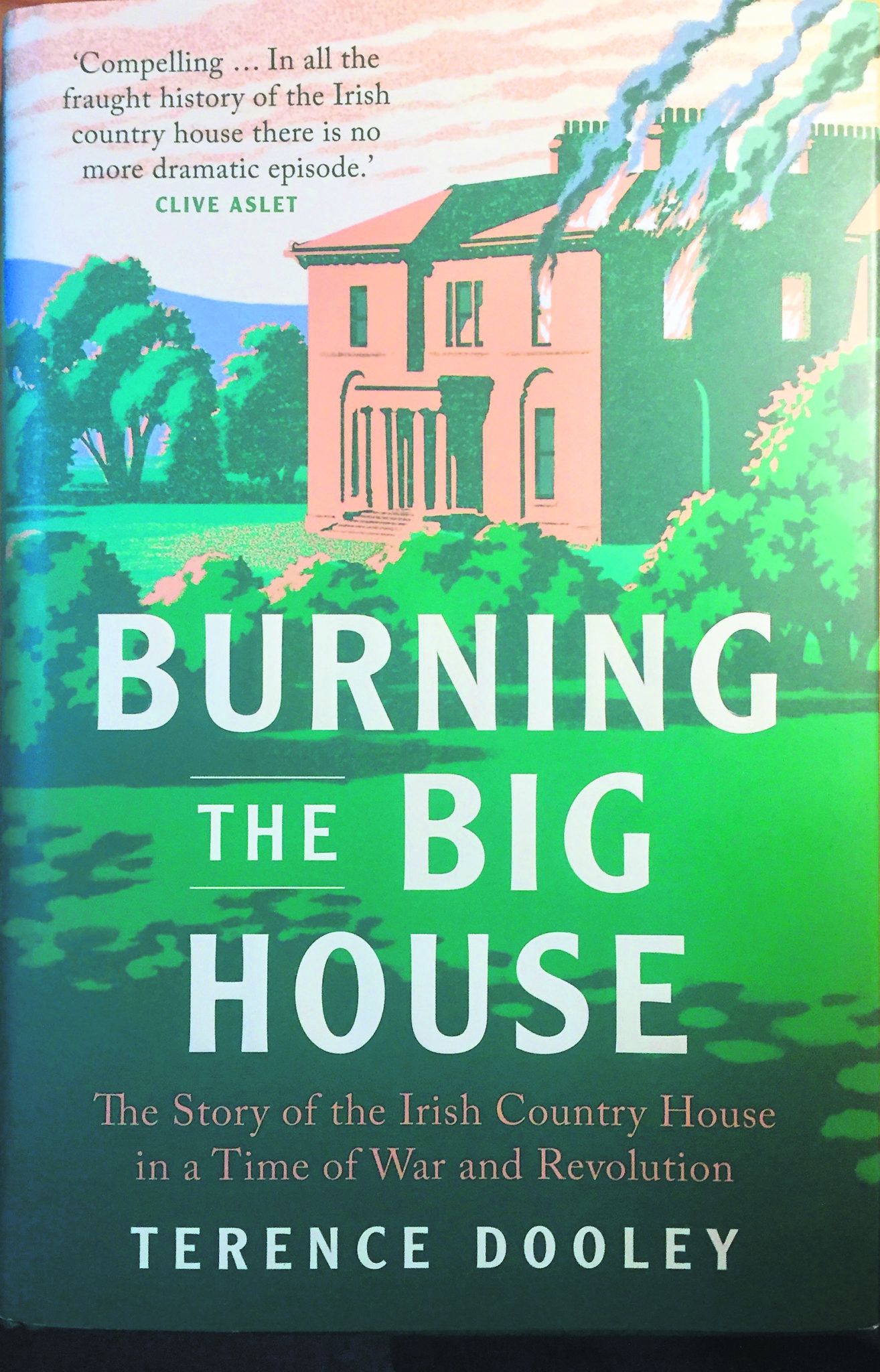 Targeted: were– Castle Bernard in Bandon, Puxley Manor in Castletownbere and Macroom Castle, are all documented in Terence Dooley’s ‘Burning the Big House’.