More Americans and Germans are visiting West Cork this summer including honeymooners, Annika and Manuel Braun from Stuttgart on their tour of the Wild Atlantic Way at Garrylucas.

American tourists are back in huge numbers this summer, along with French and German visitors, while the domestic market has dropped dramatically as the Irish holiday abroad

WEST Cork is seeing a dramatic drop in domestic visitors this year compared to 2021, but far more American tourists.

That’s the consensus from the hospitality sector throughout the region who also say that fuel costs have all but obliterated the day-trippers, and while it’s been a slow start to the season, they are optimistic for the remaining weeks.

At the Allihies Mine Museum, Tadgh O’Sullivan said: ‘We’re slightly up on this time last year with a huge spread of visitors from across the globe.

‘There has been a significant increase in the number of US and British visitors but the Irish numbers are way down.’

The number of visitors to Garinish Island is slowly picking up but Brendan O’Sullivan of the Harbour Queen ferries said the numbers of Irish visitors are nowhere near where they were last year.

‘We are getting a few more bus tours of mostly Americans. I think the rest of the season is looking good and I would be optimistic.’

A spokesperson for the Office of Public Works (OPW) who are responsible for Garinish Island said that 17,317 visitors made the boat trip to the island so far this year, by the end of June.

‘We are seeing fewer Irish visitors so far this year and fewer single travellers. By contrast, tour groups from abroad have increased significantly compared to 2021, with the majority being French, German and American tourists.

‘Numbers are considerably up this year, but it must be remembered that, due to Covid restrictions, travel and opening restrictions applied and access to Garinish island itself was unavailable for some time during the same period last year.

‘For comparison, in May and June 2021, 10,241 visitors came to Garinish island,’ the OPW spokesperson said.

At the tourist information centre in Bantry, Eileen O’Shea is also reporting a decline in the number of Irish visitors to the town.

‘The European and US market was very positive for the early season. But the car hire costs keep coming back as a major issue for visitors.’

‘There are not as many British tourists around this season and it seems that the car hire situation is having a serious effect on the numbers traveling in West Cork this year,’ Terri said.

‘We are seeing a growth in the number of guided tours with lots of Americans and Australians who put off their visit due to Covid and who are now hungry for Ireland. A complaint we’re hearing from many of our visitors, though, is that they are having trouble getting a place to stay, with most accommodation booked up.’

At Charles Fort in Kinsale, a spokesperson for the OPW said that visitor numbers are climbing, with 38,547 visitors arriving so far this year up to week ending July 3rd. 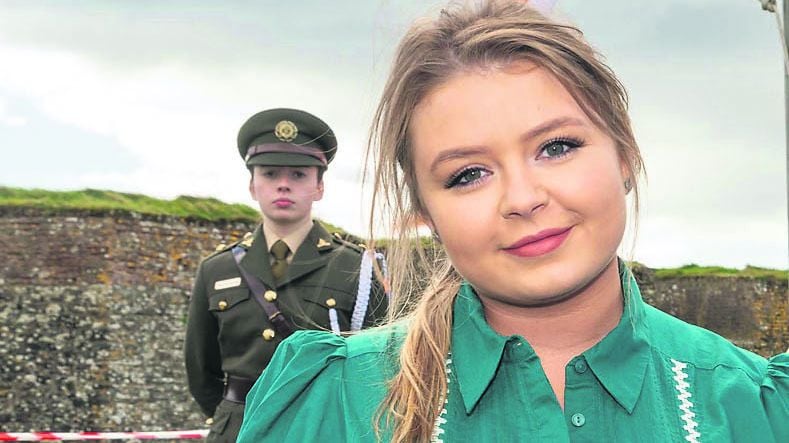 However, once again there is a major decrease in the number of Irish visitors when compared with this time last year.

‘Compared to the same period last year, there were 18,523 visitors to Charles Fort,’ the OPW spokesperson said.

‘Again, it must be remembered that, due to Covid restrictions, access to the site was unavailable for some time during this period. In comparison to the last year of usual activity, 2019, at this time in the season there were 41,689 visitors.’

And at the Old Head Lusitania Museum manager Shannon Forde said that while visitors numbers to the museum are up on last year, with many more Americans making the trip to the Old Head, once again the number of Irish tourist has dropped dramatically.

‘A lot of our visitors have had this trip planned before Covid and have been looking forward to coming to Ireland for a long time,’ Shannon said.

‘But many are complaining at the rising costs and this is having an impact on what they are doing when they are here,’ she added.

Barry Holland, communications manager at Cork Airport, said they were seeing lots of visitors this summer from UK, France, The Netherlands and Germany.

On the accommodation front, hotels are reporting strong room bookings with a steady flow of American and European visitors.

Neil Lucey at The Gougane Barra Hotel said: ‘We’re seeing an definite increase in the number of North American visitors but the Irish day tripper is all but gone.

‘Fuel costs are causing a lot of people who would have travelled to Gougane Barra for a day and stayed for a meal, to stay closer to home.’

Car hire costs are also playing a part when it comes to tourists planning their trips, he said.

David Manning of the Eccles Hotel in Glengarriff said the domestic market had gone abroad.

‘The reports around Dublin city hotel rates didn’t help, and even scared people into going abroad for a break rather than shopping around Ireland to find better rates.

‘But it is great to see the foreign tourist market back, and hearing so many different accents and languages being spoken in the lobby.’

‘There are less people heading out for the day and popping in for lunch,’ he said.