THE Stories of the Revolution book, by Terri Kearney and Margaret Murphy of the Skibbereen Heritage Centre, was launched in front of many of its young contributors, in Dunmanway last Friday night.

The book is an extensive compilation of memories of the revolutionary period in Ireland, including both the Civil War and War of Independence, in the words of many grandparents, as told to their grandchildren. 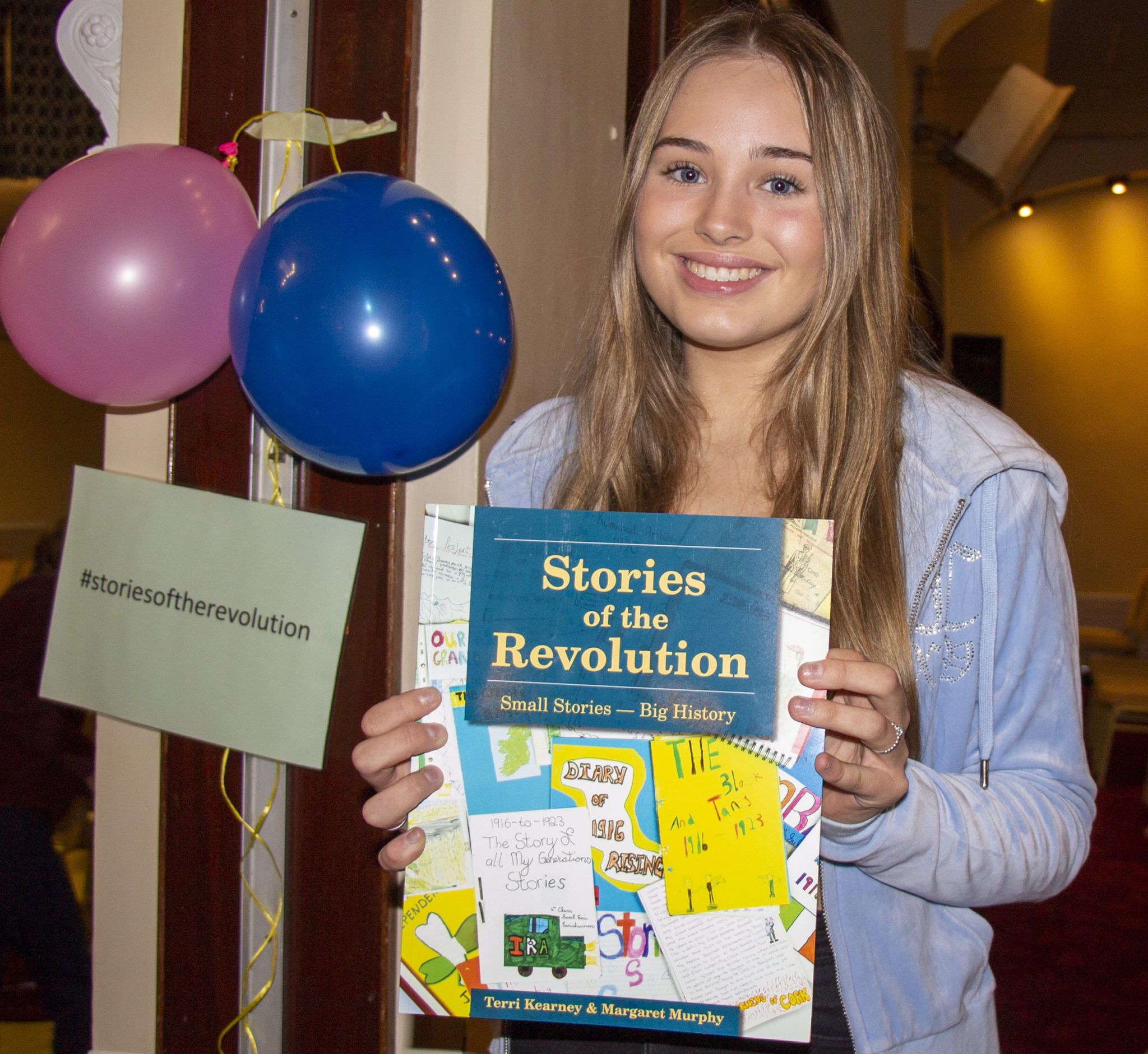 Children in West Cork’s primary schools were invited to contribute articles and illustrations, based on the stories recounted to them, and the result is an incredible archive of local history, which will also be available online.

The idea was based on the 1937 Folklore Commission project which saw primary school children throughout Ireland writing about their lives and local areas. 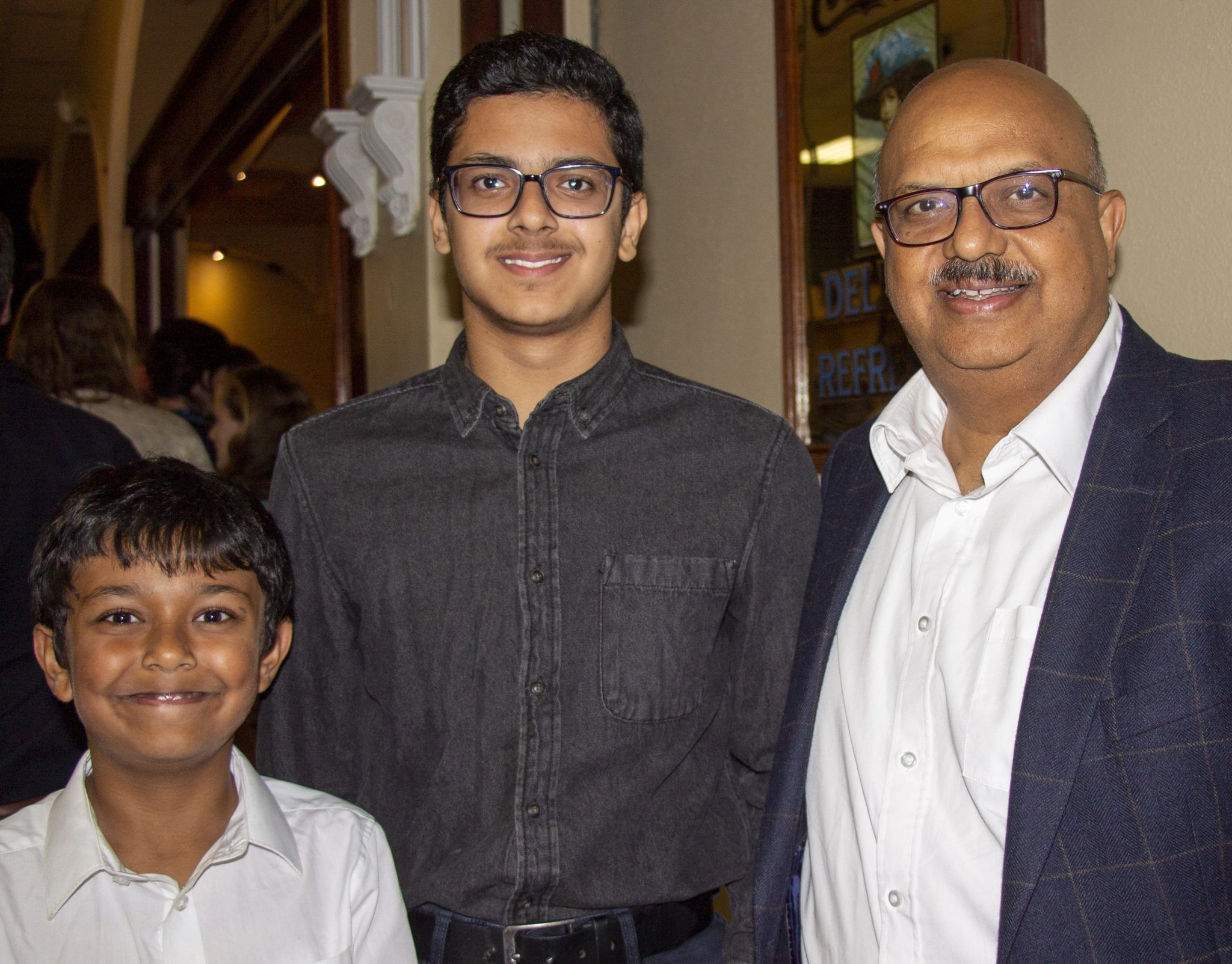 At the launch were Mahammad and Siddiqui Asad with Ahsan Waseem, representing Dromore NS

The book was launched by Skibbereen journalist Flor MacCarthy, whose best-selling book The Presidents’ Letters, is also based on archival material. Flor said that Stories of the Revolution should be in ‘every school, library and government department’ and she urged any contributors with cousins abroad to send it to them. ‘It is their history, too, and they should know about it,’ she said.

Flor read some excerpts from the book, including a story about Nell Kelly who was 12 when the Kilmichael ambush took place. In the excerpt, she recalls losing her ‘good Confirmation shoe’ because the family had to flee the area after the ambush, as their home was close to the site of the attack. 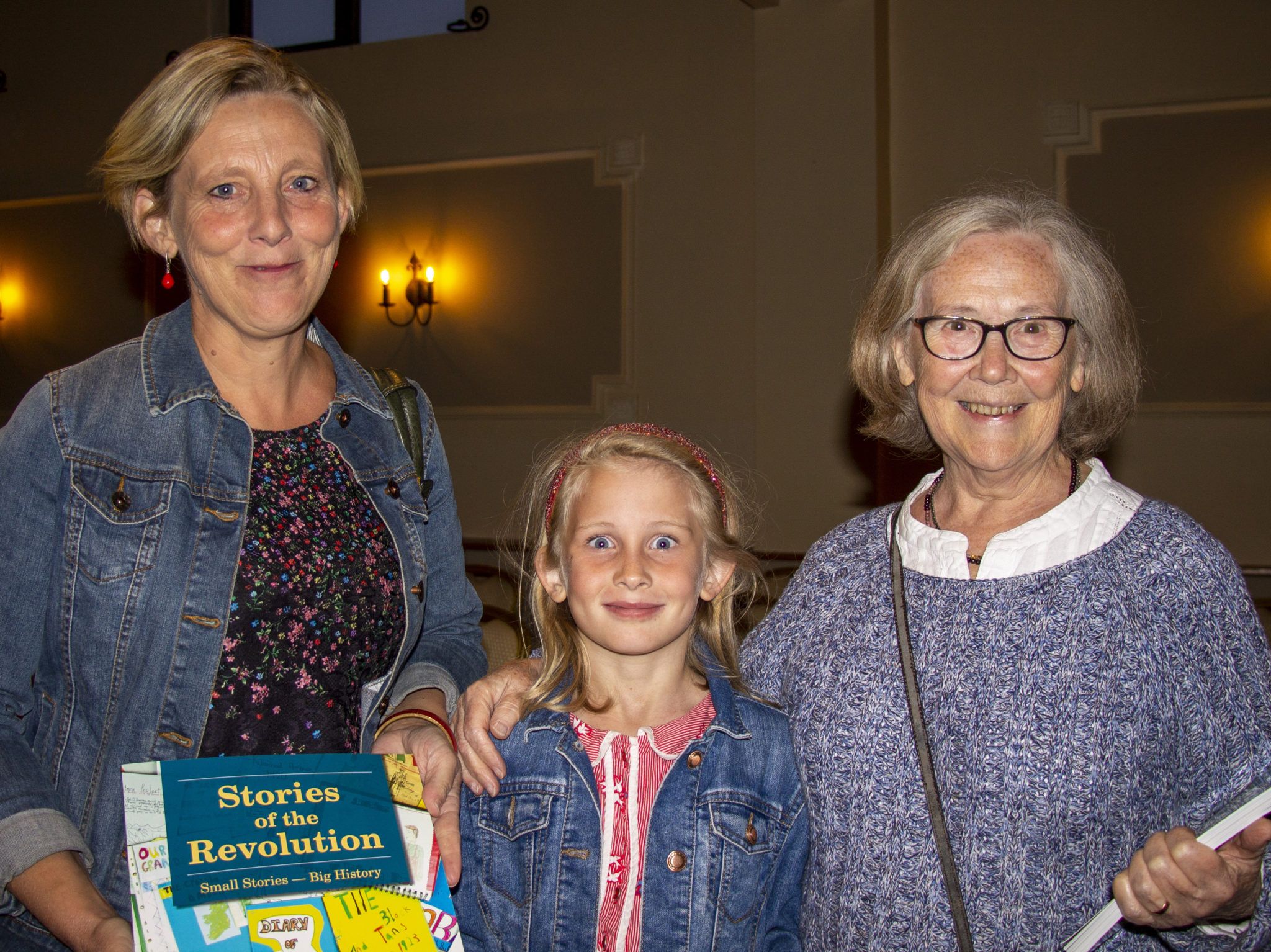 Flor also recounted a piece written by Amber Bryan from the model school in Dunmanway, which told the story of ‘Kate’ whose husband John used to sleep in the barn for fear the ‘blackened hands’ would come and shoot him. ‘History doesn’t have to be polished,’ said Flor, ‘and this book doesn’t edit the life out of it. The beauty of this book is that the living, breathing, words of these family stories come through – themselves. This is history to learn from, and to enjoy.’

Welcoming the large crowd to the Parkway ballroom earlier, Terri Kearney, manager of Skibbereen Heritage Centre, said all those who had contributed to the book had ‘made history – literally. This is your book.’