Kieran Cotter beside the boat he faced many the high sea in. When he started as an RNLI volunteer their rescue boat had an open cabin, with water flowing across the deck. (Photo: Anne Minihane)

Baltimore RNLI’s coxswain Kieran Cotter has just retired after 46 years. He reflects on the four decades he spent as part of the life-saving charity which is so embedded in the community

KIERAN Cotter is a master of the understatement. He’s so laid back he’s virtually horizontal. Nothing is too much trouble. No weather is too rough. No rescue mission too tough. Everyone is generous, supportive, and appreciative of the RNLI. The crew are all experts in their own right. And, as coxswain, if someone needs to be put straight on a point of order, or procedure, it’s all said and done and over in a matter of minutes.

In interviews, such as this, one has to be a bit sneaky and throw the interviewee a curveball.

When asked if he was ever rescued, Kieran – who stepped down as coxswain of Baltimore RNLI on December 30th after 46 years of service – racked his brains.

He’s adamant: ‘I was never in a situation where I wasn’t able to get myself out of it.’ And then, in the recesses of his mind, he does recall something… ‘Once, on June 13th 1975, I was fishing on the north side of Cape Clear and the weather was quite poor…’

There’s a brief pause and he adds, ‘a big sea half-filled the boat, but we pumped it out and got out of there.’ Kieran was skippering a small fishing boat with Dermot Sheehy and the late Billy Goggin at the time.

The year, 1975, is the year Kieran Cotter joined the service in Baltimore. His knowledge is encyclopaedic and he could, quite happily, talk for half an hour or more – if allowed – about the actual boats.

In summary, he’s hugely impressed with the advancement in the size, scope and technical abilities of the lifeboats, especially when one considers that the first boat he served on was a 46ft boat with two engines, each having around 45hp and the ability to achieve speeds of eight nautical miles.

In layman’s terms this rescue boat had an open cabin. The cox used to stand at the wheel while the crew would sit in a semi-enclosed cabin that was just above sea level so the water would run across the deck across their boots.

Kieran has always known the sea. He was born on Cape Clear and travelled back and forth with his dad ferrying provisions for their island store.

He joined the merchant navy for a time but didn’t return after once failing a physics exam. It was part of a cadet officer programme and a nautical science degree in Plymouth.

Kieran went fishing instead, joined the RNLI, and bought a store in the village that he runs with his wife, Brigid. 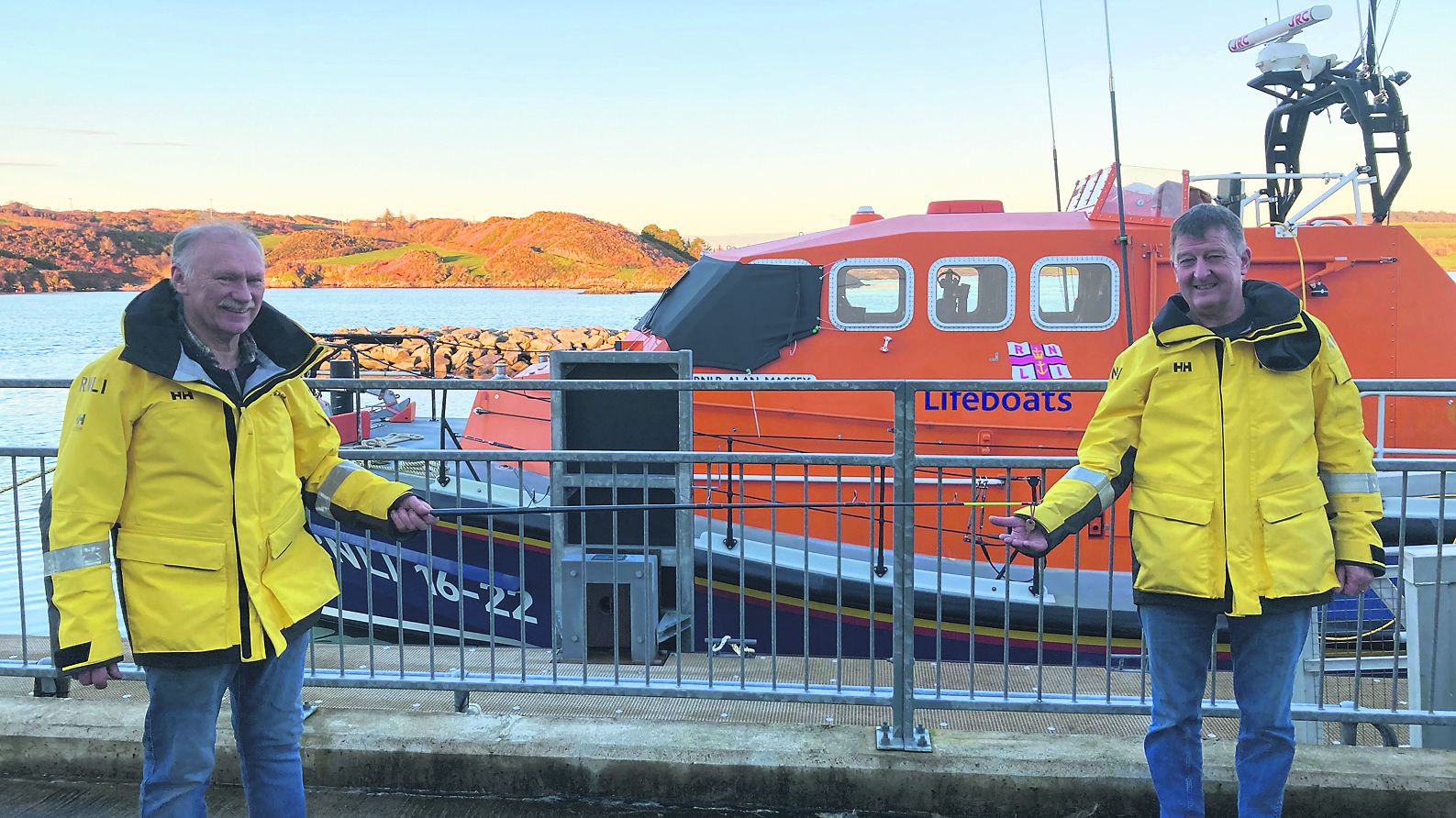 Over the last 46 years, Kieran has been out in all kinds of weather and on all kinds of missions. There are the famous ones including serving as a 24-year-old crew member on the lifeboat dealing with the Fastnet Tragedy in 1979.

First, they went in search of a press boat that was reported missing but was actually sheltering in Schull Harbour. They were then called to a yacht in difficulty off the Fastnet Rock, and they towed The Regardless back to Baltimore.

At that stage, they had been out 11 hours in Force 10 winds with high seas, but their mission wasn’t over yet. The crew went back to assist The Marionette, which got into difficulty 20 miles south west of The Galley. By the time she was safely brought back to Baltimore they had been out for almost 24 hours.

That, of course, wasn’t the worst of it, it was only in the hours to come that they – and the world – realised the full extent of the tragedy, which resulted in 15 racegoers losing their lives, plus four more in a following boat.

Another famous rescue mission under coxswain, Christy Collins, was that of the former Taoiseach, Charles Haughey, who together with four others got into difficulty off the Mizen in 1985 when his motor yacht struck a rock.

At 4am, four were recovered in a life raft and one in a dinghy and all were brought to Baltimore, where they received the usual warm welcome, were accommodated, and given a libation or two to steady their nerves.

The famous rescue of the Rambler – which got into difficulty during the 2011 Fastnet Race – also made international headlines, but, during the course of the interview, Kieran is persuaded to tell the story of a different kind of rescue.

About 20 years ago, at about 9.30pm on a shimmering August night, a man out walking near Spain tower saw a glimmer of light out at sea.

He phoned Kieran who called the launching authority and the lifeboat went out for a ‘look see.’ What they found was a family of four people flicking a lighter – a cigarette lighter – as they were drifting out to sea.

Two of them, the mother and the daughter of this family outfit, subsequently ran a mini marathon to provide the RNLI with the funds it depends on – not just for modern, new boats but for the training of the crews as well.

Although the story seems too fantastical to be true, Kieran is as straight as a dye. What the story does illustrate is the ‘sea sense’ of the crew and the community – all of them are ever watchful.

Kieran loves the generosity of people towards the RNLI – the people who make personal contributions and the people, including the island communities, which host annual fundraisers. He also likes the generosity of the people of Baltimore, especially when they turn a blind eye when he sticks a note on the shop door saying ‘out on the lifeboat.’ People in coastal communities know the value of the RNLI. They depend on it. They know, too, that as many as 50 lives have been lost at sea in as many years. That’s why the community is supporting the creation of a memorial in the village.

Kieran should have retired six months ago, but he was asked to stay on because Covid-19 threw everyone for a loop.

But now he says: ‘It’s time to retire.’ He’s not able to bounce out of bed in two minutes in the middle of the night with quite the same ease anymore. He says he’s still fit. And what keeps him so? ‘Delivering coal and oil,’ is his reply.

RNLI crew members are volunteers. But in a place like Baltimore, where the crew of 25-plus is made up of people who skipper their own vessels, or like Emma Lupton who brings first aid skills, they all have a role to play and, more importantly, they know what that role is.

When they turn up at the station – including with all the Covid-19 precautions that have to be taken – they know what to do and do it with the same professionalism as their coxswain.

Respect is something that goes across the board – it’s about the function as well as the functionaries. Baltimore’s new coxswain, Aidan Bushe, would say the exact same thing.