THE sale of paintings by the late artist Anna O'Hara, which were exhibited at her Currrabinny home, have raised more than 23,000 for both the Irish Cancer Society and the Nathan Kirwan Trust. 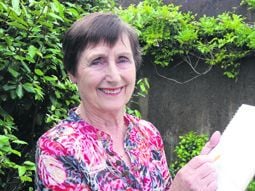 THE sale of paintings by the late artist Anna O’Hara, which were exhibited at her Currrabinny home, have raised more than €23,000 for both the Irish Cancer Society and the Nathan Kirwan Trust.

Anna was a great admirer of the landscape of West Cork, which featured in many pieces of her work.

Almost all the forty original paintings and many of the prints were sold during the exhibition before Christmas, with half of the proceeds going to the charities, and more than €6,000 received as donations from visitors and from Anna’s many friends and patrons in Ireland and overseas.

Anna’s husband, Patrick O’Hara, said that he wished to thank everyone for their generosity in supporting two very good causes, and that the result of the exhibition was a great tribute to his late wife.

Anna had lived and worked from her studio in Currabinny in Cork Harbour, for nearly forty years and had had some twenty-two solo exhibitions, and work selected for many Cork, Munster and Royal Hibernian shows.

More than nine hundred of her paintings are in private homes and corporate art collections all around Cork and other parts of Ireland, as well as in Britain, Japan, Germany, Switzerland and the United States of America.

Focussing mainly on landscapes (particularly of the Cork countryside) she was also well known for her studies of children, gardens and wild flowers – particularly bluebells and poppies – and seascapes.

Cattle, especially Herefords, and the sheep of West Cork and Kerry, were also among her favourite subjects.

During the year before she died, on St Stephen’s Day in 2013, Anna O’Hara had embarked on a series of paintings of Cork hedgerows, exotic birds and butterflies, and limited edition prints of these, and of her earlier paintings of Cork city, will continue to be available.