Rev Jeffers with his wife Eunice and their eldest son Andy after the service. (Photo: Andy Gibson)

DUNMANWAY’S popular Rev Cliff Jeffers has been moved from the town, where he oversaw the installation of the Sam Maguire Bells, to a new role in Rosscarbery.

In addition, Rev Jeffers has been appointed by the Bishop to the Deanery of Ross.

This is one of the senior clergy of the United Dioceses of Cork, Cloyne and Ross.

Bishop Colton said: ‘The Reverend Cliff Jeffers has had a faithful and creative ministry in West Cork, in the parish of Fanlobbus Union, for the last eight years. He has been an encourager, pastor and energetic facilitator of the participation of others in the life of the Church. 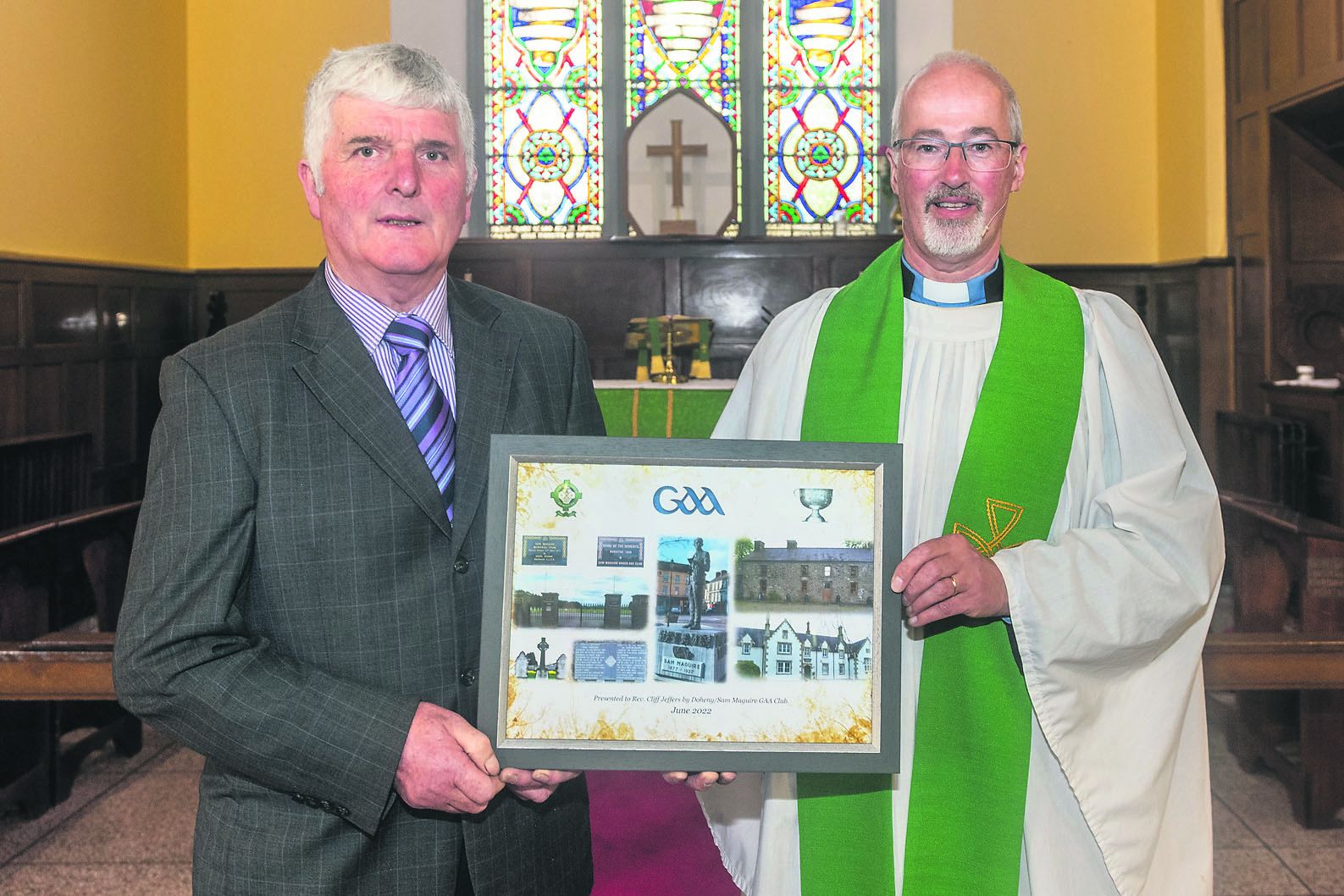 ‘He has undertaken and completed a number of significant parish initiatives ecumenically and in partnership with the whole community, notably the commissioning and installation of the Sam Maguire Bells, as well as developing the partnership the parish has had over the years with the GAA. Most recently, he has had an important role in the implementation in Dunmanway of the Cork, Cloyne and Ross Centenaries Commemoration and Reconciliation Project, including supporting the parish, local community and many people further afield in the recent commemoration of the Bandon Valley killings in 1922.’

The Bishop said he knew that the people of Fanlobbus Union will be ‘devastated to lose him.’

But he added: ‘The people of Ross Union will, I am sure, welcome him to their parish over the hills to the south as he and Eunice move to their new home.’

Rev Jeffers said he was looking forward to getting to know the parishioners and local community.

‘However, it also comes with a sadness of having to leave the people of Fanlobbus whom I have ministered happily alongside for the last eight years.’

A native of Bandon, he worked in the computer industry in Cork for seven years before being accepted for ordination and studying for his bachelor in theology at Trinity College Dublin.

He is married to Eunice and they have two adult sons, Andy and Simon, both now living and working in Cork.  Eunice is involved in parish ministry, using her skills as a listener, an organist and her interest in local history and genealogy.