A LARGE crowd turned out last weekend to commemorate one of West Cork’s bloodiest days – a battle 200 years ago which saw tenant farmers and their families fighting for better living conditions and equal rights.

The Battle of Keimaneigh took place just outside Ballingeary on January 21st 1822, when a group of rebels known as the ‘Whiteboys’ or ‘Rockites’ faced a troop of yeomanry (light horse cavalry) which had been mobilised by Lord Bantry and Captain White of Glengarriff.

The skirmish occurred after the Whiteboys had raided the homes of the gentry in the Bantry area in search of ammunition. The Whiteboys were an organised group of tenant farmers who fought against evictions, the rack rent system and against the payment of tithes to the established Protestant church.

On that fateful day on January in 1822 the local Bantry yeomanry were joined by a platoon of regular, battle-hardened, infantry from the 39th Regiment of Foot, a regiment that had seen action at Waterloo and beyond.

The soldiers and the horsemen made their way to Keimaneigh where they knew a large group of Whiteboys had gathered, and where they began the battle by burning homes and killing anyone who opposed them. 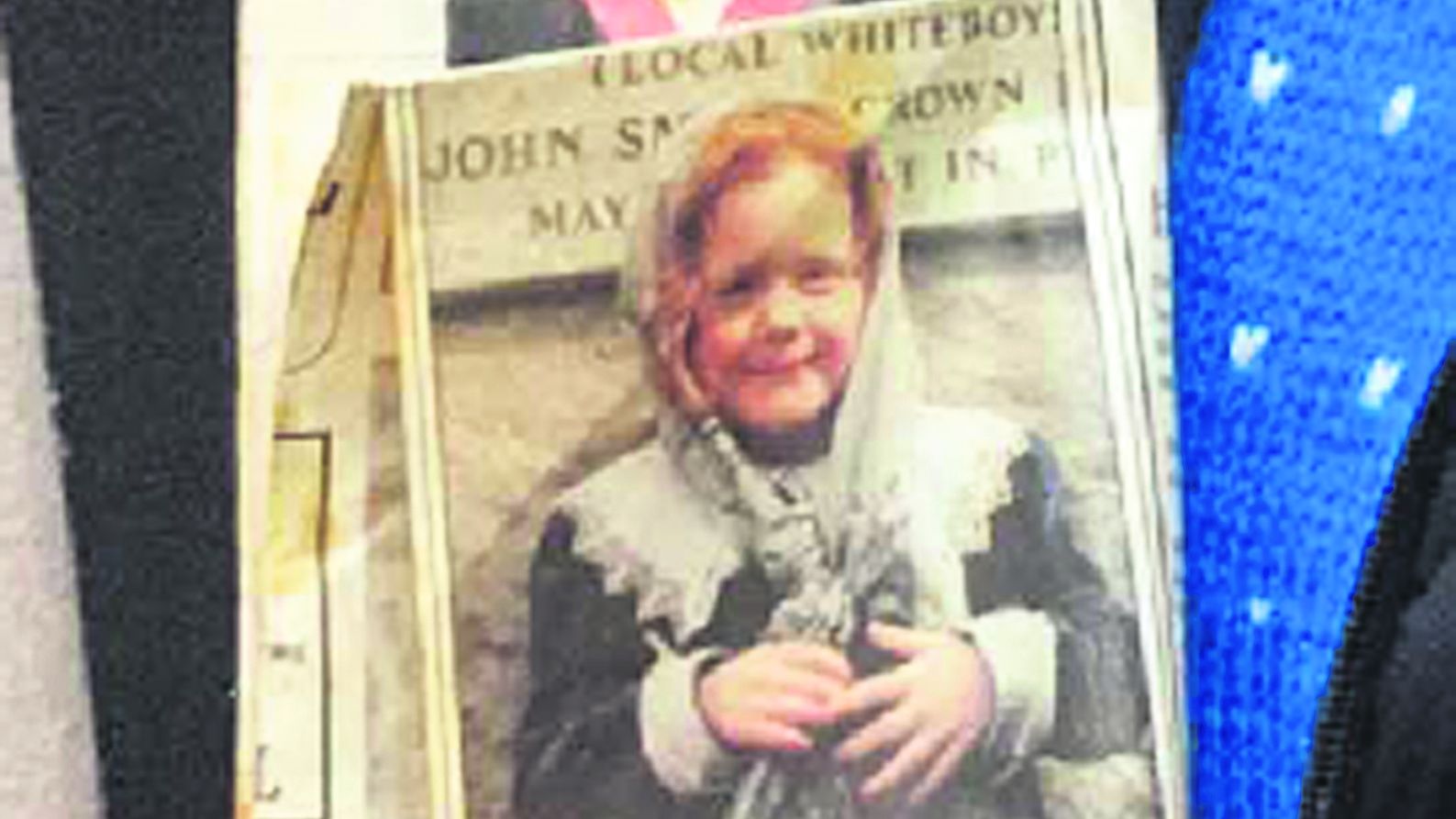 Inset, Katie holds a picture of her in The Southern Star at the 1999 commemoration event. 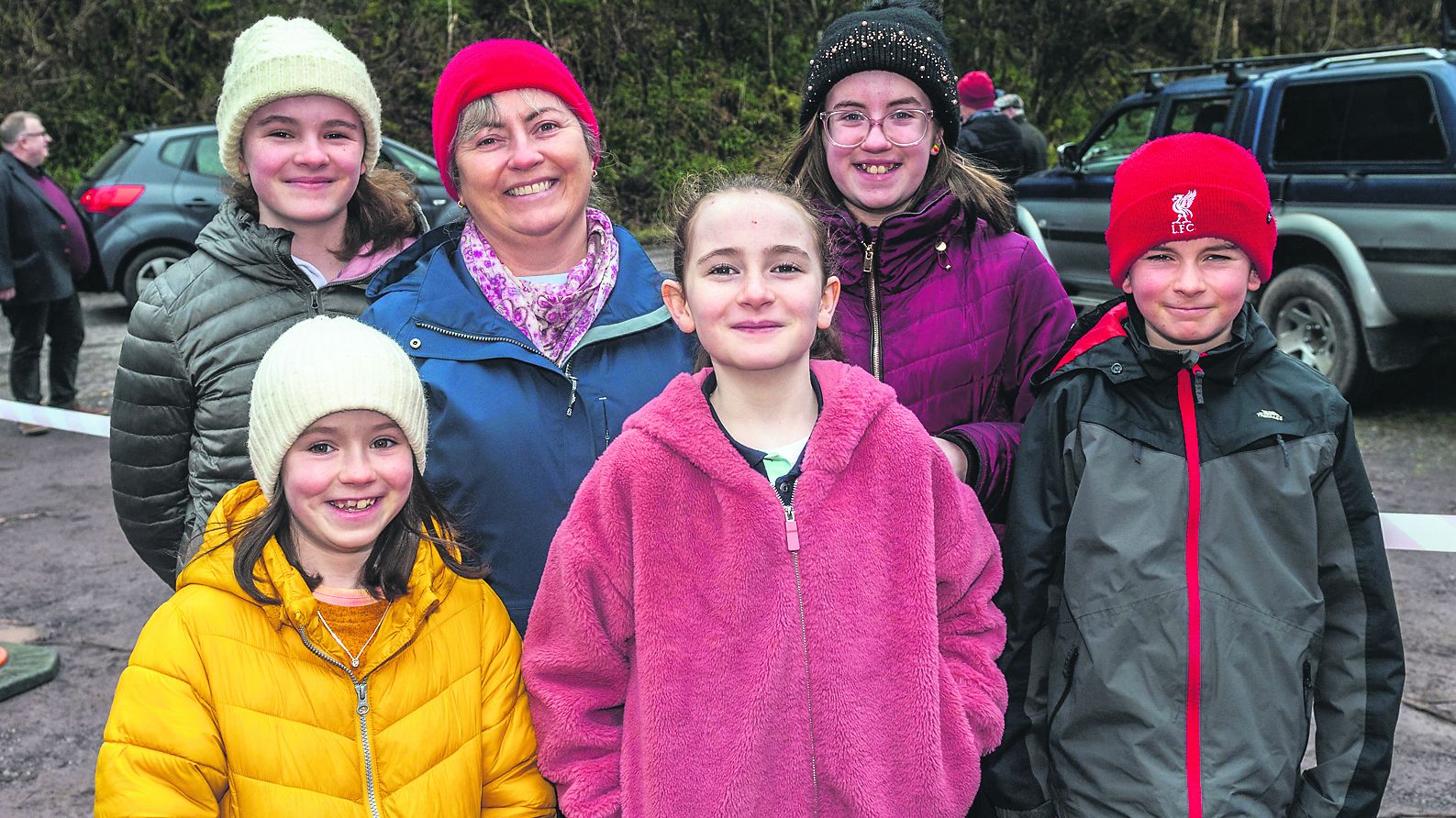 Hannah and Elizabeth Ní Shúilleabháin and Ellie, Caoimhe, Aisling and Liam Dineen, all from Ballingeary.

During the day a number of Whiteboys we killed or captured, while Captain John Smith from the yeomanry group was also killed. His body was buried in a bog at Gortafludig for some time, before being moved to the graveyard in Inchigeela where his remains still lie. 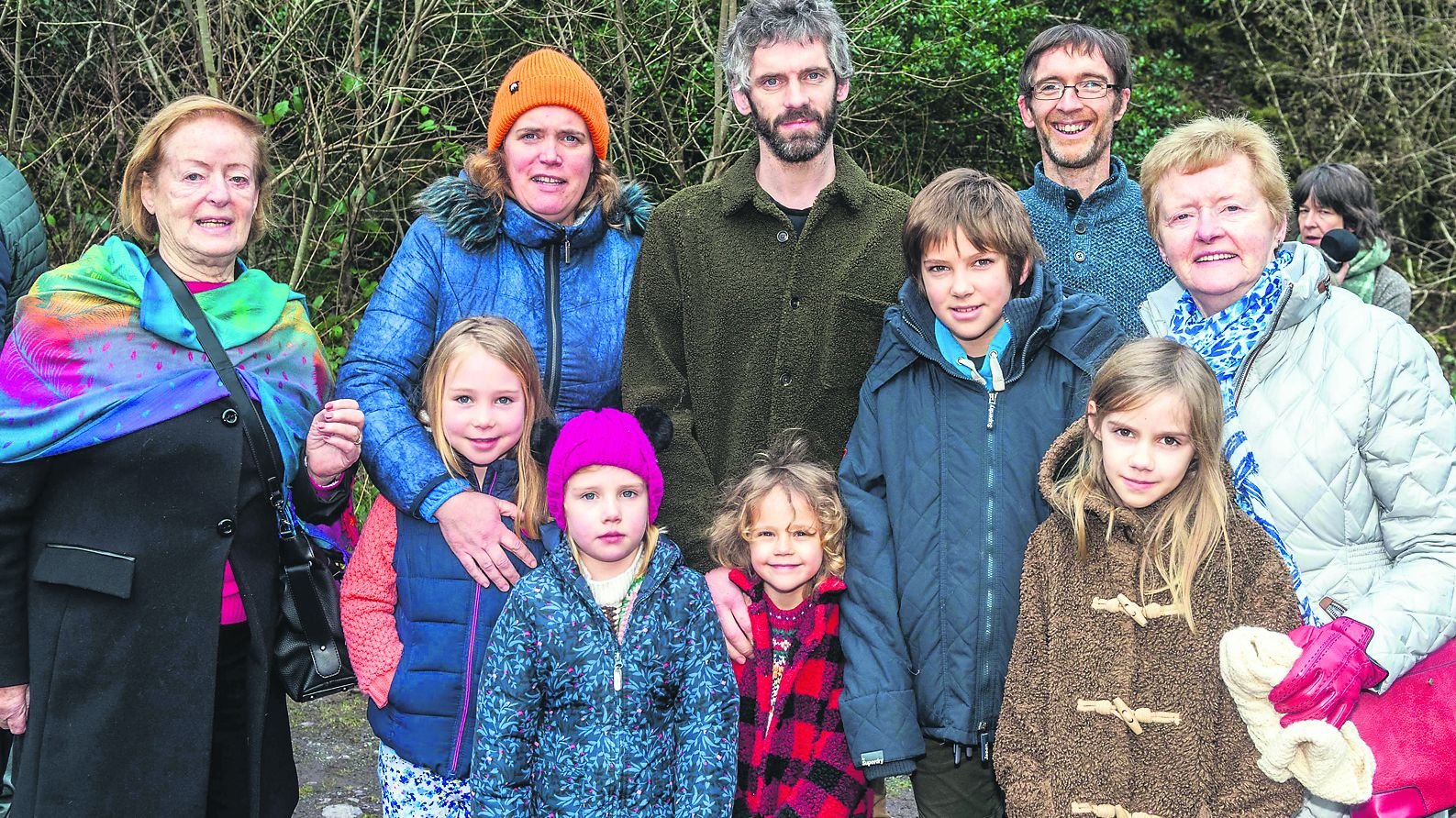 At the event were (back row) Margaret Walsh Ryan, Irene Collins, Michael Collins, Liam Ryan and Shelia Walsh Collins. Front row: Emma and Isobel O’Keeffe and River, Micah and Olive Collins. All are descendants of Seamus Walsh Breathnach Mór, who fought in the battle.

‘These were not the professionals or poets that we are used to hearing about leading the rebellions that took place in Ireland,’ Seán Ó Súilleabháin of Cumann Staire Bhéal Átha’n Ghaorthaidh told The Southern Star.

‘They had been downtrodden, starved, evicted and abused for generations and they fought back the only way they could.’

Over 100 people attended the commemoration at the battle site where Eibhlís Uí Thuama sang Cath Chéim An Fhia the famous song written by Máire Buí Ní Laoire, who witnessed the events in 1822. 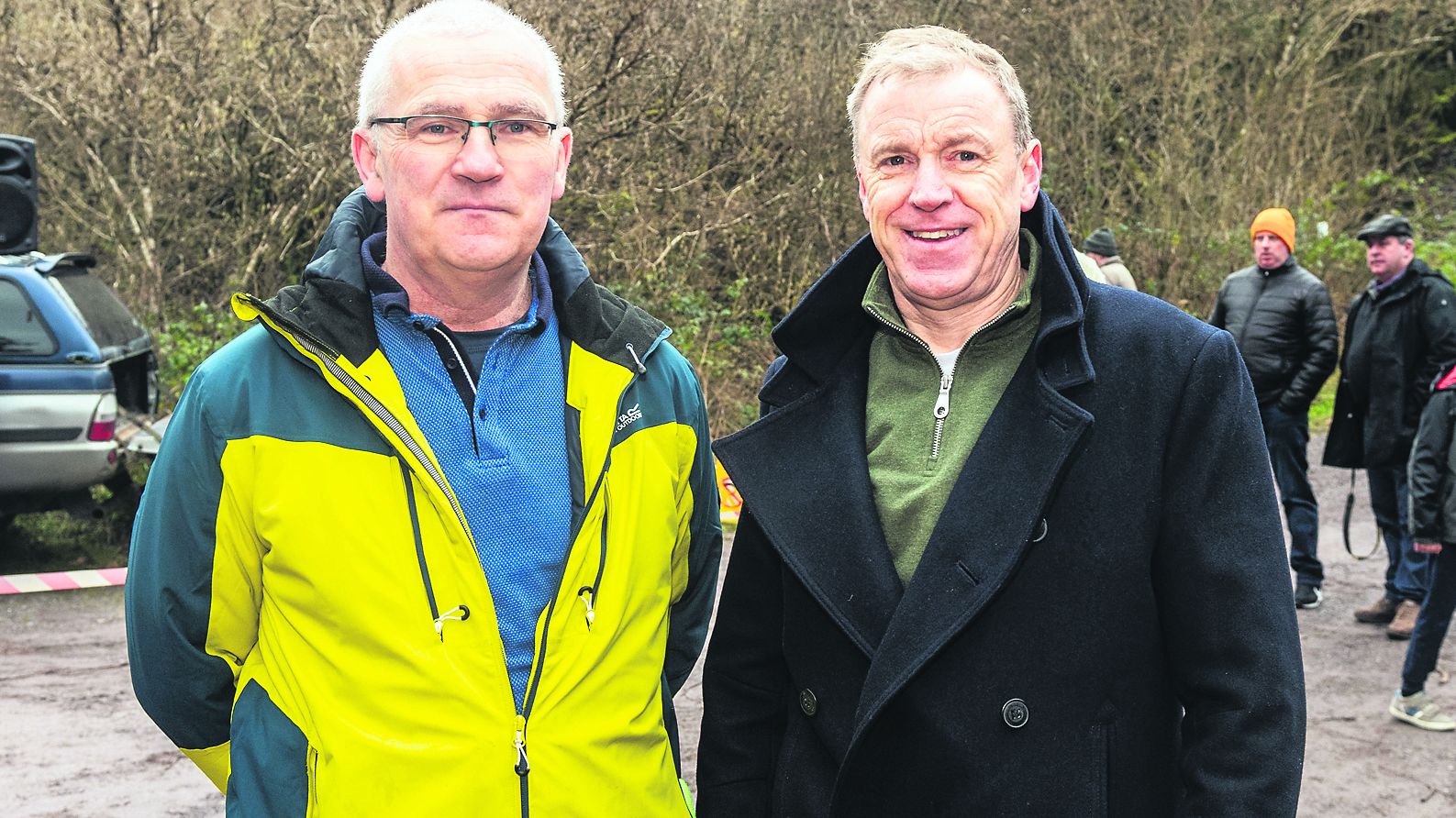 ‘It was a wonderful and poignant commemoration,’ Gerard said.

‘The people back then weren’t short of bravery anyway. My mother made sure that we knew about the events that day and we grew up with the history from an early age. We are very much aware of our family’s part in events of 1822 and we are extremely proud.’

Another fact that must be mentioned concerning the Battle of Keimaneigh and the fate of those captured on the day – it was lawyer Daniel ‘The Liberator’ O’Connell who defended the prisoners at their trials. ‘The people who died on the day in 1822 must also be remembered and the names of those we know of are Ó Croinín, Céim Corra Bhoula, Ballingeary; O’Mahony, Gougane Barra; Crothúr Ó Croinín, Carraig Bán, Ballingeary; Barra Ó Laoire, Gaorthanatornora, Inchigeela; Amhlaoibh Ó Loinsigh, Leac, Reídh Na nDoirí; Micheál Ó Cathasaigh, Réidh Na nDoirí and Liam Ó Rinn, Ballingeary,’ Sean said. 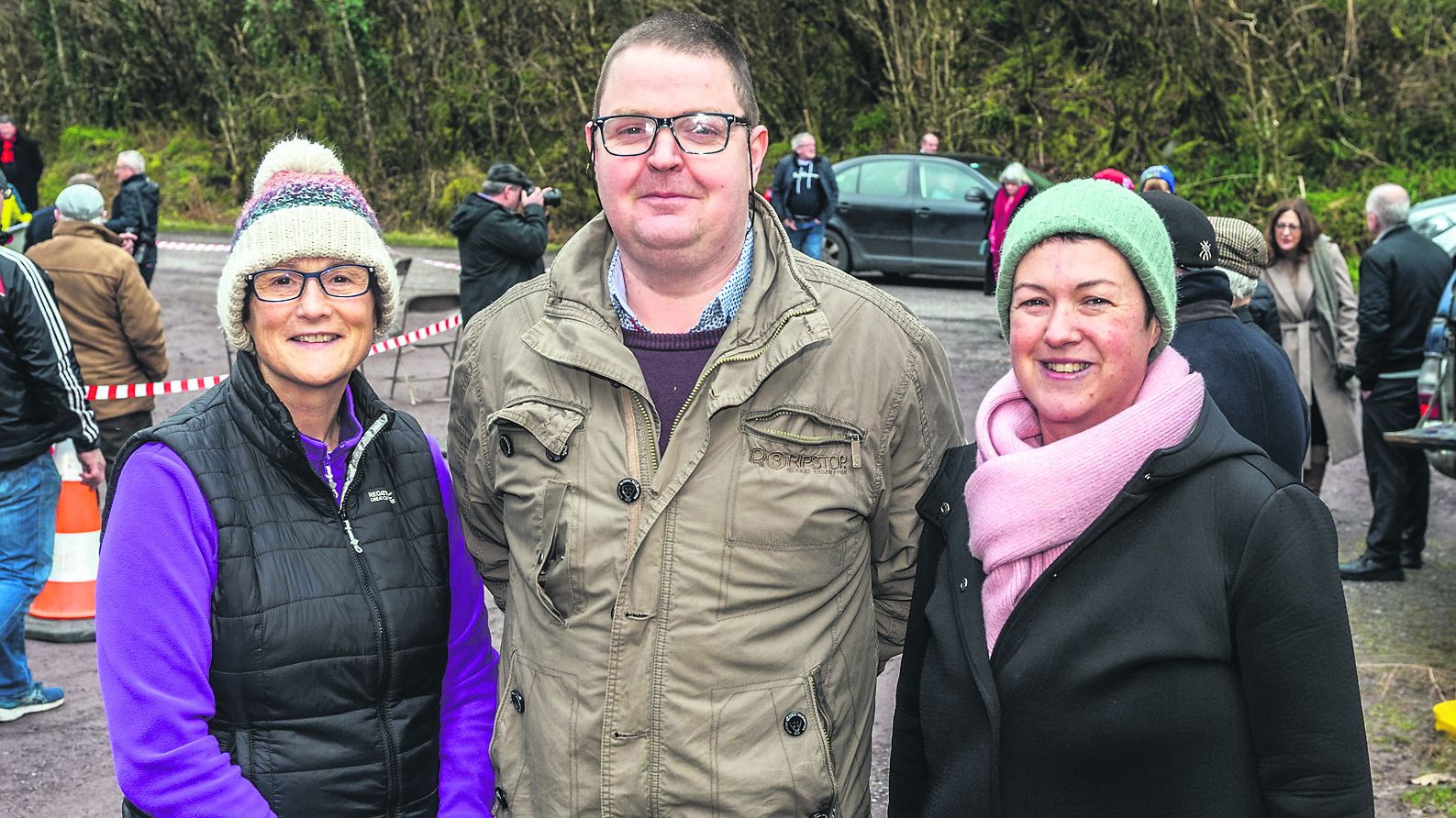 Siobhán Ní Shíilleabháin from Ballylickey with
Michael and Maria O’Riordan from Ballingeary.