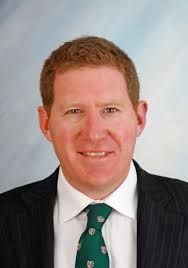 Michael T. Kingston will be delivering a lecture on the Lusitania in Skibbereen in July.

GOLEEN lawyer Michael T Kingston will be delivering a lecture on the Lusitania and safety of life at sea in Skibbereen in July.

Michael T, a marine shipping expert, will be bringing a copy of Lloyd’s Loss Book – the insurance bible – which records the loss of the Lusitania. ‘It is a very delicate and famous book and is usually displayed by the Lutine Bell at Lloyd’s,’ he told The Southern Star.

The lecture, which takes place on July 28th in the West Cork Hotel, will be a fundraiser for the Friends of Bantry Hospital, as Michael is a director, and a former chairman.

Tickets are €10 each, and Michael is also bringing a copy of a special edition book Lloyd’s List, the future of shipping since 1734 that was released by Lloyd’s List on the occasion of the historical paper going digital, on December 20th 2013.

This edition, which is not publically available, will be raffled on the night – it has been signed by, among others, Michael himself, who was named Lloyd’s List Global Maritime Lawyer of the Year 2014-2015.

Tickets are available from committee members of the Friends of Bantry and from early June from Thornhill’s in Skibbereen and Bantry Photo Services.