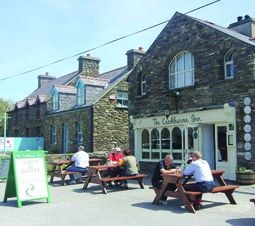 A WOMAN in her mid-60s sustained serious injuries on Saturday night when she was thrown from her bicycle after hitting a very large pothole in the middle of the roadway in Crookhaven.

It is believed that the woman sustained injuries to her head and ribs, and also had a very bad gash on her legs. Locals said the woman, who is from Cork city but has been holidaying in Crookhaven all her life, had been cycling home from her brother’s house on Saturday night and that there was ‘no suggestion’ that there was any alcohol involved.

Within ten minutes of the accident happening, the woman’s nieces and nephews came upon her and one of them, who has some medical experience, got the situation under control.

At around 10.15pm an ambulance was called and it arrived on the scene within 40 minutes, which meant the badly injured woman had been lying on the roadway for about an hour.

The woman is still in a pretty serious condition in Cork University Hospital, but her family and friends in Crookhaven are praying that she will have a speedy recovery.