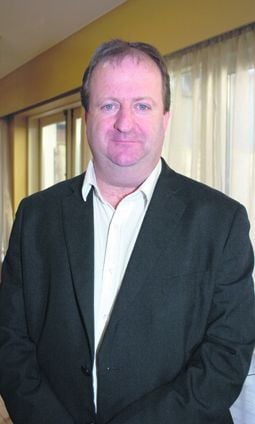 A motion calling on the companies to engage with the local authority was supported by all parties at last week’s West Cork Municipal District meeting in Castletownbere.

The meeting – the first of its kind ever held in Castletownbere – dealt with a range of local issues, but the hot topic on the agenda was the motion tabled by Cllr Michael Collins, who said people are ‘beyond frustrated’ with the poor quality broadband in the region.

‘It is not just the peninsulas that are affected,’ according to Mr Collins. ‘This is an issue affecting the entire region.’

Mr Collins said customers were given an assurance that when 02 became 3, the situation would improve – that the merger would mean that they would work off all the masts. But that, in his opinion, has not happened. Cllr Collins called on the region’s four Oireachtas members to address the problem at national level.

‘It is vital that we get proper mobile phone coverage and internet access if we are to create jobs,’ he added. ‘Black spots and a drop-out of service in different areas can no longer be tolerated.’

Fine Gael’s Mary Hegarty, who described her car – which comes with a hands-free kit – as her ‘mobile office’, said there is always a dropout half-way home from County Hall.

‘It’s not good enough,’ she said, ‘especially when today’s tourists are using apps to negotiate their way around an area. Everyone wants to be connected. They need to be connected. But to secure that level of service we should, as Michael Collins is suggesting, invite the service providers to meet with and work with the local authority to improve West Cork’s broadband.’ Paul Hayes (SF) said some blackouts had lasted for ‘entire weekends’.