A phased reopening of construction will begin from April 12th. (Photo: Shutterstock)

HOUSING Minister Darragh O’Brien has welcomed the announcement tonight of the phased reopening of construction from April 12th.

From that date, all residential construction projects can recommence and the construction of early learning childcare and school aged childcare facilities will be added to the list of essential services for construction activity. This aligns with the current exemption to primary and secondary schools and to allow important fire safety works to progress. A full reopening of construction will be considered from May 4th, subject to public health guidance.

Minister O’Brien said he was very glad that government have agreed a phased reopening of the construction sector from April 12th. ‘The impact of a 13-week shutdown on homebuilding will be immense this year and my Department will do all we can to make up for lost ground,’ he said.

‘It’s clear from the National Public Health Emergency Team (NPHET) advice that we remain in a precarious situation in terms of the transmission of the virus and the priority is to continue to supress it as much as possible while the vaccination rollout is ramped up substantially,’ the Minister added.

‘My Department are currently making regulatory arrangements to facilitate new housing projects or new phases of housing projects, where commencement notices were submitted during the shutdown so that they can commence on site as promptly as possible.’

He said that local authorities were supporting the HSE on the coordination of the 38 mass vaccination centres across the country while also assisting them in establishing pop-up testing centres.

The phased re-opening of construction was one of a number of measures announced by the government this evening, including an extension of the 5km limit to county bounds from April 12th and in-school teaching to return frully from that date. From April 19th, training for intercounty GAA games will begin and from April 26th outdoor sports facilities can reopen. 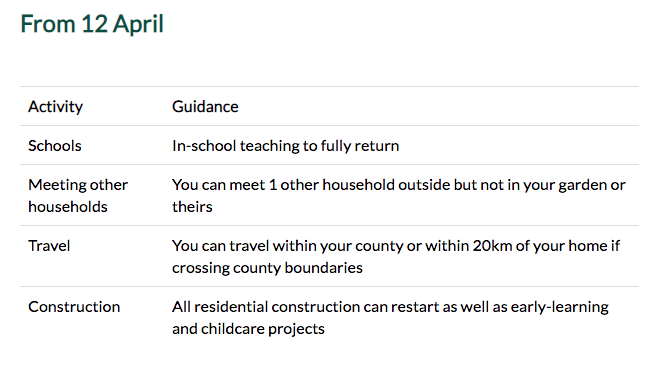 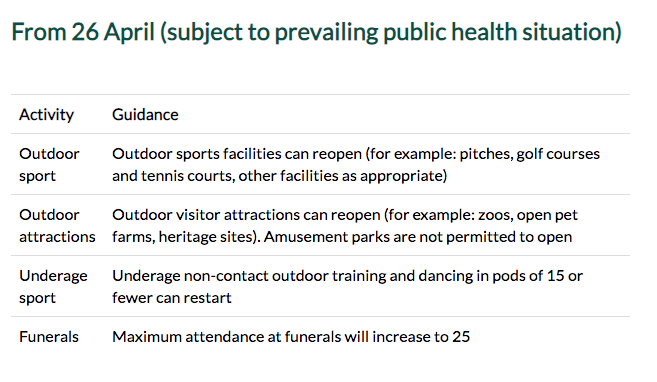 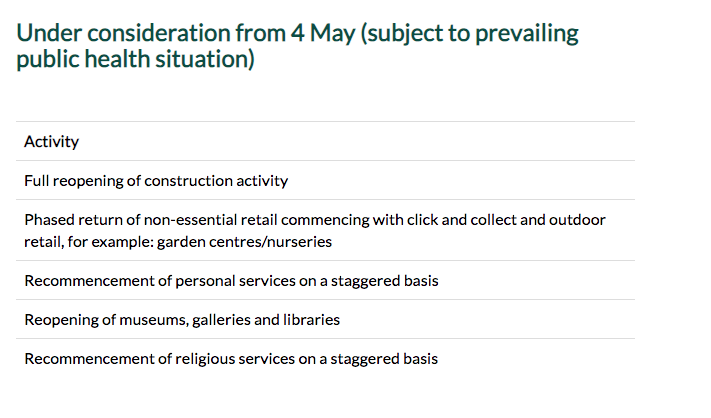