Darragh Byrne, who edited the Oscar-nominated Song of the Sea

BY JACKIE KEOGH SKIBBEREEN film editor, Darragh Byrne, will be flying out to Los Angeles next Tuesday because his role in the Oscar-nominated animation movie, Song of the Sea, is up for an Annie Award. 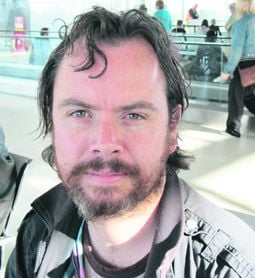 SKIBBEREEN film editor, Darragh Byrne, will be flying out to Los Angeles next Tuesday because his role in the Oscar-nominated animation movie, Song of the Sea, is up for an Annie Award.

In fact, the 90-minute movie is up for no fewer than seven Annies – a global competition that honours the very best in animation – including: best feature, character design, music and direction.

But the people of West Cork and Cork City will, on Saturday, January 29, be keeping their fingers crossed for Darragh – the son of Jim and Eileen Byrne of Baltimore Road, Skibbereen – who is in the running for the best editor award, and Kanturk-born, Will Collins, the film’s scriptwriter.

As prestigious as the Annie Awards are in the world of animation, it is the Oscar nomination for best feature film that has everyone talking because popular movies, like The Lego Movie, which had a humungous studio budget, didn’t even get a nomination.

Song of the Sea – a story about a boy and a girl, Saoirse, a selkie (half seal) – was made by Cartoon Saloon, a Kilkenny-based animation studio with Tomm Moore at the helm, a man already famous the world over for The Secret of Kells, a remarkable movie that was also nominated for an Oscar in 2010.

Speaking to The Southern Star prior to his departure for LA, Darragh – who proudly got his first taste of the movie business whilst working on David Puttnam’s War of the Buttons, a movie filmed in West Cork – said he hopes the film will be broadly supported when it goes on general release in Ireland in July.

He described both the Oscar and Annie nominations as ‘a tremendous vote of confidence in the film’ and ‘an incredible honour for an Irish studio,’ when you consider that it employs just 40 people, even if the overall project did involve around 200 people.

Darragh said he spent 17 months working on editing the animated movie – a very labour intensive art – but there is nowhere quite like Cartoon Saloon to set the standard and the style.

Yet Song of the Sea – like any good underdog – is really up against it. As they say at all the best award shows, ‘the nominees are…’: How To Train Your Dragon 2, Big Hero Six; The Box Trolls and a Japanese movie called The Tale of Princess Kaguya.

It’s like Darragh said: ‘It is David and Goliath stuff.’