Some of the locals annoyed over the lack of access to Marsh Quay include (from left): Eileen Finn, Sean O’Driscoll, John Ball, Mike and Elaine Crowley, and Shelia Anne O’Leary. Front: David Cregan and Dominic Casey, the chairman of Aughadown Community Council.

THE training ground for Ireland’s Olympic rowers is being marred by abandoned boats.

The chairman of Aughadown Community Council, Dominic Casey, reported that two piers in Lisheen, near Skibbereen, have been blocked by abandoned boats.

‘There’s loads of positive press about our rowers from Lisheen,’ said Dominic, ‘and the Ilen River has become famous as a training ground, so it is an absolute shame to have it spoiled by these wrecks.’

Locals – who are afraid of the danger they present – have staged a protest on the shoreline at both Drumnacara and Marsh Quay, which are only a couple of kilometres apart.

‘The owners have abandoned them without any regard for the safety of others,’ according to Dominic, who pointed out that they have become something of a playground for children who are unaware of the danger they present.

They are being used for fly-tipping too. Locals reported that a cattle box filled with waste was left at Marsh Quay, while bags of rubbish were left on the pier at Drumnacara.

The lack of access for other maritime users is also a source of annoyance. ‘These wrecks take up most of the space available at both piers, which means local fishermen and pleasure boat users can’t gain access,’ said Dominic.

It has been estimated that the boat that was abandoned at Marsh Quay in 2013 is 42’ x 20’, and that its overhang of the pier is 8’ or 9’, which makes it impossible for other boats to tie up to the pier. 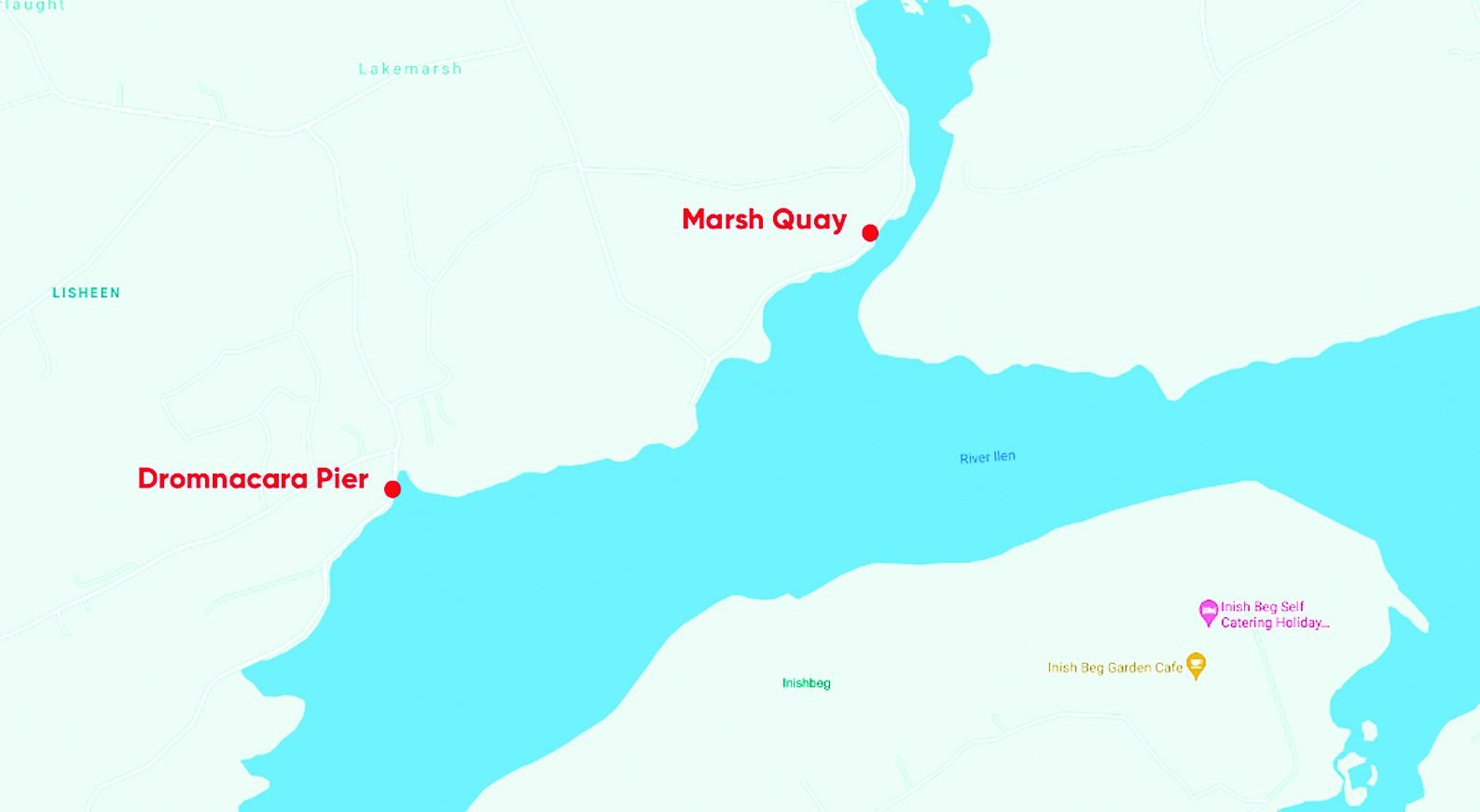 Map shows the two areas where the piers are in Lisheen.

The wreck at Drumnacara, which is no longer considered seaworthy, was tied up in 2019 and hasn’t been moved since.

Both piers are located on the Fastnet Trails walking routes so locals worry that they are having a negative impact on local tourism.

The abandoning of these wrecks has been reported to Cork County Council, the harbour master, and the department of the marine.