UNION Hall was the setting for a a special ceremony at the weekend for a naming ceremony for the local RNLI’s Atlantic 85 lifeboat, Christine and Raymond Fielding.

The funding for the lifeboat came from the late Dr Raymond Fielding, a keen mariner and proud Corkman. While Raymond and his wife Christine did not live to see the lifeboat put into service, Raymond asked that it bear both their names.

The lifeboat has been in service since June 2021, but the ceremony was postponed due to Covid, to allow the community to celebrate together.

The lifeboat was officially handed into the care of the institution by Eddie Fitzgerald, a close friend of the Fieldings. The couple were described by Mr Fitzgerald as a ‘great team’ who had been married for 48 years before Christine predeceased Raymond. The Fieldings loved sailing, and spent a lot of time in West Cork. 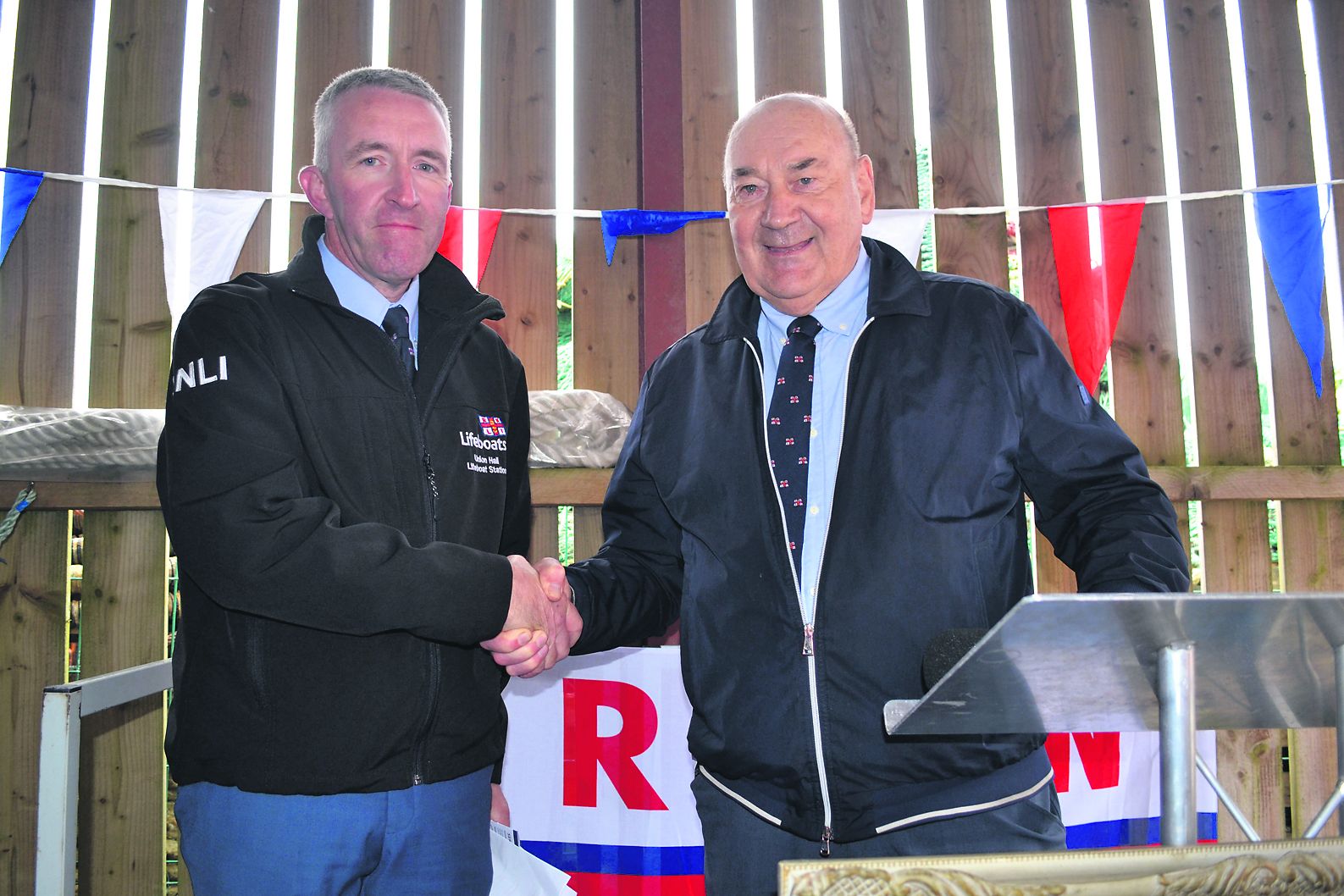 RNLI trustee John Killeen accepted the lifeboat from Mr Fitzgerald, on behalf of the charity, before giving it into the care of Union Hall Lifeboat Station, who were represented by deputy launching authority Peter Deasy.

‘All of us in the RNLI are one crew and we need the tools of the trade to carry out our lifesaving work,’ said Mr Killeen. ‘One part of that is the lifeboat, while the other is our volunteers. The lifeboat crew give a lot of their time and take a risk in going out to save people. It’s a fantastic day for the community here in Union Hall.’

Mr Deasy added: ‘While we’re sad to say farewell to our former lifeboat Margaret Bench of Solihull, which has served the station faithfully for five years, we look forward to writing a new chapter in the station’s history with the arrival of this new Atlantic class lifeboat.’

He said the Atlantic class lifeboat means that Union Hall RNLI now has the latest and finest rescue equipment available. ‘I know that when the crews head out to sea, we will have peace of mind that this lifeboat will help to keep them safe. We also remember the people who worked so hard in setting up this station and who sadly are no longer with us, particularly Paddy O’Donovan, our former chairperson of the lifeboat station, who was passionate about establishing a lifeboat here.’

A service of dedication was led by Reverend Chris Peters and Father Gerard Thornton, and the lifeboat was officially named by Bill Deasy, Union Hall RNLI boathouse manager, with the occasion being marked by helm Chris Collins pouring champagne over the bow of the lifeboat. 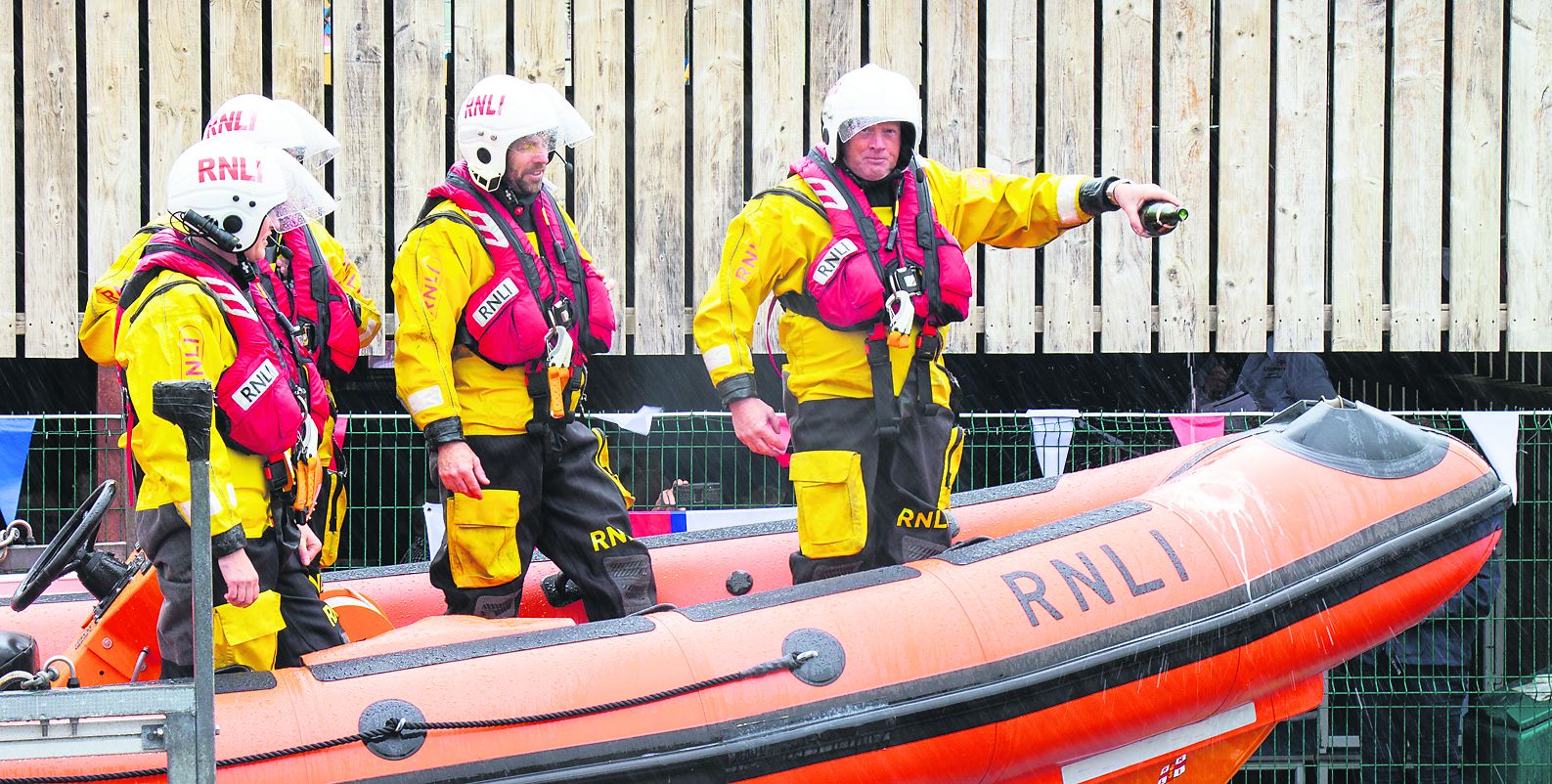 Chris Collins pouring Champagne over the bow of the lifeboat. (Photo: Andrew Harris)

A vote of thanks was delivered by Brian Crowley, chairperson of Union Hall RNLI. Music for the ceremony was provided by St Fachtna’s Silver Band and The Union Hall and Castlehaven Parish Choir. MC for the event was fundraising chairperson Carmel McKenna.

The Atlantic 85 class lifeboat is one of the fastest vessels in the fleet and has a top speed is 35 knots. Designed to operate in shallower water, the B class can handle challenging open sea conditions. It is ideal for rescues close to shore, near cliffs and rocks, and areas inaccessible to all-weather lifeboats. It is also capable of being beached in an emergency without sustaining damage to the engines. In addition to night vision equipment, the B class lifeboat carries a searchlight and parachute illuminating flares to light up the surrounding area, helping to keep crew members safe, as well as locate those in need of help.

The B class has a manually operated righting mechanism in the event of a capsize which involves inflating a bag on top of the roll bar. 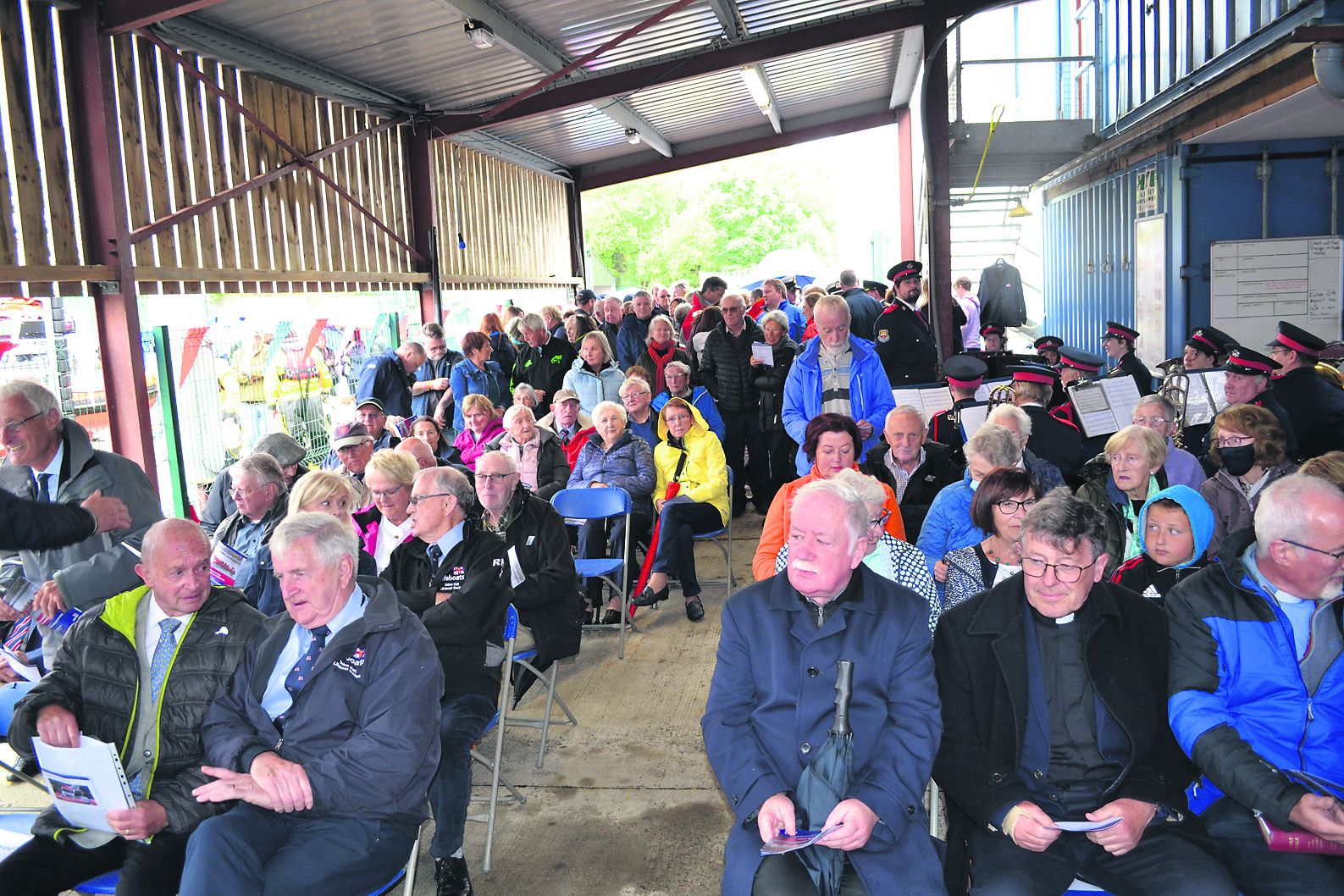 Those who attended the naming cermony and service of dedication for the new Union Hall Lifeboat. (Photo: Anne Minihane)

The engines are inversion-proofed so that they shut down should the lifeboat capsize and can be restarted after she has been righted.

The boat replaces the Atlantic 75 lifeboat, Margaret Bench of Solihull, which had been in service since 2017. Before this, the lifeboat Maritime Nation was in service from 2014. Both lifeboats came from the RNLI’s relief fleet, making the Christine and Raymond Fielding the first lifeboat to be built specially for service at Union Hall RNLI.

Since the station opened in 2014, Union Hall RNLI has launched 68 times and brought 98 people to safety.