BALLYDEHOB’S Art Museum was the venue for the launch by Lord David Puttnam of a short film called Ballydehob – The Home of Craft.

The 30-minute film documents 60 years of craft in Ballydehob, the people who inspired it, and those who are continuing the tradition today.

The art museum, otherwise known as BAM, is curated by Brian Lalor and features a collection of donated craft pieces from the key craftspeople of the area.

The museum features original works by the potter Christa Reichel and the batik artist Nora Golden – the couple credited with starting the contemporary craft movement of the time.

‘They were one of the first openly lesbian couples living in the area, which is testament to the openness, lack of prejudice, and the welcoming nature of the community here,’ said Angela Brady, who made the video with Bazar video productions.

It is amazing to think that the beautifully shot, and incredibly comprehensive, documentary was filmed over a single day.

‘I wanted to take in the history, which is what Brian focused on,’ said Angela, ‘but we also had the very great privilege of interviewing Noelle Verling, who, together with her late husband John, took over Brush Fire Ceramics from Christa and Nora.’

The film features the incredibly talented Leda May, who is one of the original potters and is still creating 60 years on, the talented goldsmith Patrick Roche, Pol Ó Colmain who provided a tour of the current exhibition at the Working Artist Studios in Ballydehob, and the sustainable works of silversmith Geraldine Thomas are showcased. 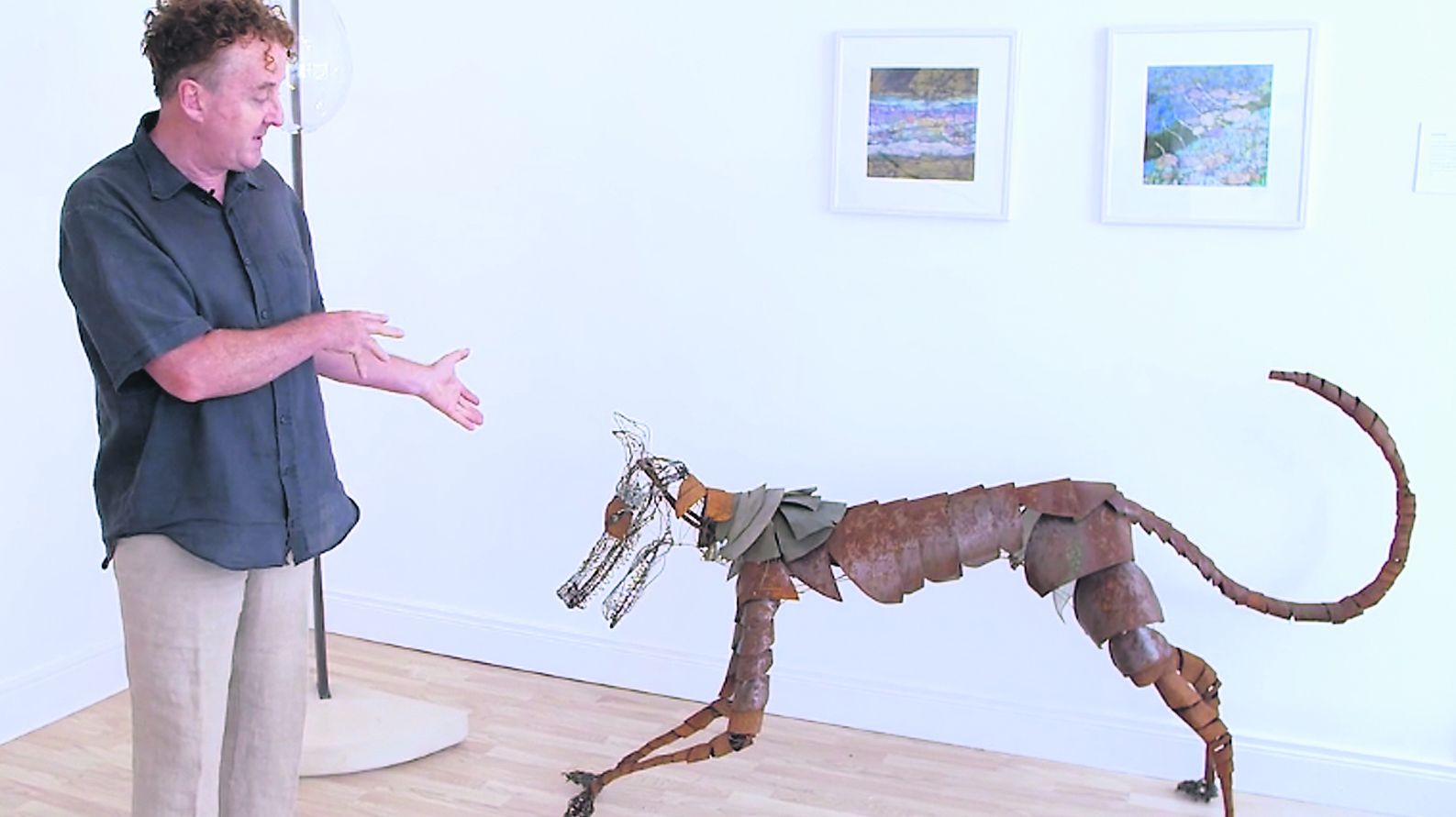 Pol Ó Colmain with a work of art by his son at the Working Artist Studios.

Viewers get to see the stunning clay models of the Dublin-based but Ballydehob-born ceramic artist Ayelet Lalor, and Angela interviews one of Ballydehob’s newest craft workers, weaver Marie-Anne Berkin.

Angela, who is the current owner of the Brush Fire studio, also gives a tour of her own glass work studio.

Lord Puttnam commented on Ballydehob’s uniqueness in terms of craft and how it allows people to enjoy a sustainable lifestyle.

Even during the pandemic, he said, Ballydehob – indeed all of West Cork – demonstrated that it is a truly unique place in which to live and work.

The film, which was supported by Creative Ireland and the Design and Crafts Council of Ireland, is now available to view on RTÉ.ie/culture and also on the local craft collective’s website 10handscrafts.com.