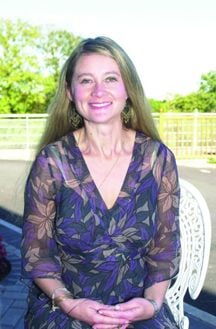 THE unexpected and untimely death of Aingeal Ni Mhurchu of Banteer and Creagh in Baltimore has caused much sadness in the community.

Aingeal, an attractive and intelligent young woman, came to live in the community of West Cork a number of years ago when she took a sabbatical from her teaching job and worked as a rep for an educational book company.

A lot of people would have known Aingeal as the writer of the popular ‘People in Profile’ column that ran in The Southern Star for several years, and also for her work teaching in various schools throughout West Cork.

Aingeal, who had taken up a teaching post at Abbeystrewery National School in recent years, was also a fun and friendly participant in many social, cultural and educational events in the area.

She was a most enthusiastic member of Matt Mulcahy’s yoga class and she frequently swam in Lough Hyne, which was not too far from the home she made for herself in West Cork.

Aingeal died unexpectedly on June 29th at Cork University Hospital and is survived by her parents John Joe and Síle (nee MacSweeney) of Derrygowna; her sisters Eilis, Brid and Nollaig, and her brother Colm.

Requiem mass for Aingeal will be celebrated at 12 noon on Friday last, July 3rd at St John’s Church, Glantane. She will be missed.

May she rest in peace.