Fears over the future of Cork Airport were raised by Cork Fianna Fail deputy Michael McGrath in the Dail this week. 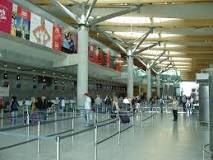 FEARS over the future of Cork Airport were raised by Cork Fianna Fail deputy Michael McGrath in the Dail this week.

Deputy McGrath expressed the fears of local business and community interest groups who feel the airport is being downgraded by stealth, given the reduction in routes and services at the airport, and the resultant decline in passenger numbers.

While Deputy McGrath said he wished Shannon well, 'the starting point is to acknowledge that there is a probem at Cork Airport', he told Transport Minister Donohoe.

He referred to the setting-up of the Save Cork Airport page on Facebook last autumn, as reported at the time by the Southern Star, and the fact that it now has over 22,000 'likes'.

'If we don't face up to it, the decline of Cork Airport will continue,' said Deputy McGrath.

In response, Minister Paschal Donohoe said that any plan to reduce services at Cork Airport was 'a matter for the DAA and Cork Airport management'.

He added that 'any decision by an airline to reduce services' or routes was 'a matter for that airline, based on their own commerical judgement, based on demand for services ...'

Deputy McGrath replied by repeating that Cork Airport was in decline, and he cited new developments planned for Shannon, as matters of concern for Cork.