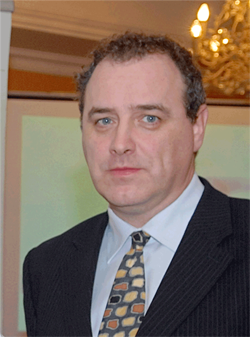 COMMUNITY groups and small companies around West Cork are fearful for their futures, following a massive 70% cut in Leader funding.

While concern has also been expressed about changes in how the funds are meted out, the main issue facing communities is the cut in cash, according to the West Cork Development Partnership (WCDP).

Ian Dempsey, WCDP chief executive, says his main focus now is on the huge reduction in Leader funding for the area.

‘Irrespective of who delivers the new Leader programme, there should be considerable concern at the reduction in funding. This will impact greatly on the ability of local communities and businesses to advance current and future projects,’ he said.

But Finbarr Harrington, the chairman of the newly-formed Local Community Development Committee, has moved to allay concerns regarding the administration of the funding.

His comments come after a series of questions were raised by a number of Ireland’s MEPs in Brussels.

The questions concerned the formation of the Local Community Development Committees (LCDC) and the administration of Leader funding across the country, by the Department of the Environment, Community and Local Government.

‘Minister Alan Kelly has continued where Phil Hogan left off, in seeking to undermine and weaken what is seen across Europe as an Irish success story,’ said Liadh Ni Riada, the Sinn Fein MEP. ‘The way we have administered the Leader programme over the last decade is held up as an example for other countries to follow, but this Government is determined, by hook or by crook, to put control of Leader funds in the hands of local authority managers,’ she said.

However, Mr Harrington feels that the LCDC is a positive step in maintaining and enhancing rural development in West Cork.

The proposal document, which includes reference to a proposed supplementary fund, as well as other issues, is currently being considered by the companies who are free to choose to accept or reject it.

‘The clear message from the West Cork LCDC is that we all need to work collaboratively to voice the needs of West Cork and to explore every possible avenue to maximise funding to communities,’ Mr Harrington told The Southern Star.

He added that he wants to ensure that all local agencies work together for the benefit of the many rural communities in the West Cork region.