A section of the crowd at the protest in Bantry . Then later walked to the hospital where staff came out to applaud them. (Photo: Karlis Dzjamko)

A WEST Cork TD has described as ‘a sticking plaster solution’ the appointment of a locum to reopen Bantry General Hospital (BGH)’s acute medical assessment unit on Wednesday.

‘But any solution would be welcome,’ added Independent TD Michael Collins, ‘given the dire circumstances the West Cork medical profession found itself in over the last two weeks.’

Deputy Collins said the appointment of a locum to cover the work of a consultant physician, who is on leave for a medical procedure, would mean the resumption of admissions, but he said there are bigger issues that also need to be addressed.

He said a road traffic collision on the night of Friday August 6th underlined how all of the medical services – the fire service, paramedics, the ambulance service, SouthDoc and Bantry General Hospital – need to work together.

He described how three young men were involved in a single vehicle collision at 11.15pm and while their car was ‘in bits’ the young men seemed okay.

Given that the standard medical advice is not to move a casualty after a collision for fear of internal bleeding or a possible head injury, the three men were put lying on the roadway on a damp night.

Michael Collins said a neighbour put blankets over the young men while the fire brigade and others waited until 1.45am for an ambulance to arrive. He said there was no ambulance available in Cork and that the nearest available ambulance came from Kerry – two-and-a-half hours after the initial incident.

Although the outcome on this occasion was good, Deputy Collins said it could have been a terrible tragedy.

‘It was jaw dropping to witness it,’ he said, ‘these men couldn’t be lifted or transported until the ambulance came.’

He believes that the ambulance service – which covers Bantry Hospital’s catchment area of 86,000 people – is overstretched. 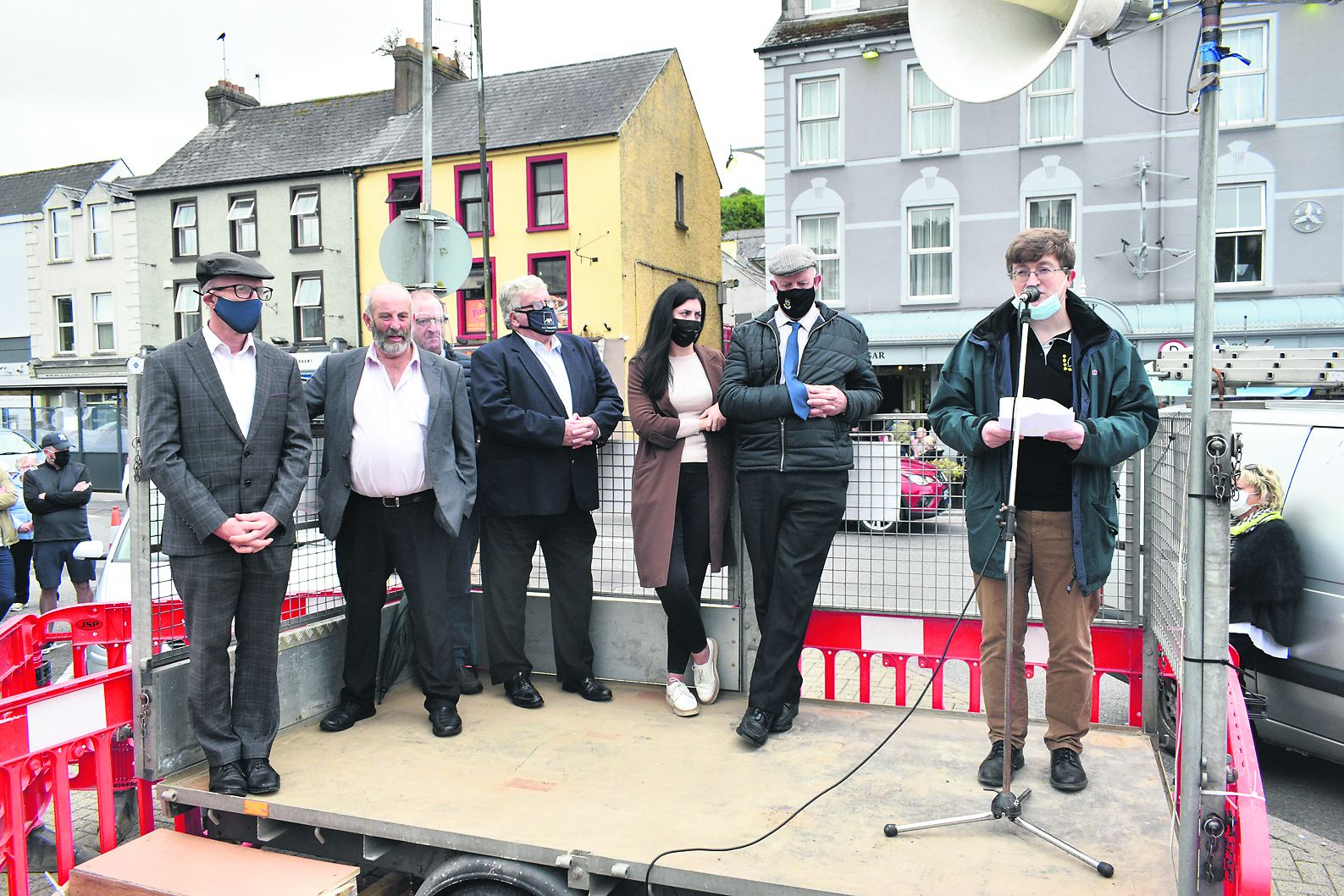 The previous night, he said a man in  Castletownbere had to wait three-and-a-half hours for an ambulance to come from Kerry because there were none available in West Cork.

His comments echoed those of a member of the ambulance service, who described themselves as ‘a whistleblower’ on RTÉ’s Liveline on Tuesday August 3rd.

The letter writer said that by responding to long-distance calls, rural areas – such as West Cork – are frequently left without cover.

The person warned that patient outcomes are being severely affected and he described the service as being ‘in crisis’.

Deputy Collins has also called on the Government to stop dragging its feet with the provision of a new endoscopy unit and a new rehabilitation unit at the hospital.

He said he was told in writing that a design team would be appointed in 2020, yet in 2021 he has received no update from the Minister of Health.

The TD believes the building of the new rehabilitation unit and a new endoscopy unit is essential for BGH and for the ongoing and future delivery of health services to West Cork.

And he accused the government of ignoring the promises made to Bantry.

The Southern Star asked the HSE for a statement.

A spokesperson said the HSE, along with South/South West Hospital Group, are committed to ensuring the hospital continues to develop services locally and to support this growth have provided a significant level of funding for a number of important projects such as the recent replacement of the hospital’s CT scanner which will support BGH to meet the ever increasing demand for CT scans and the planned development of a new endoscopy unit and rehabilitation unit.

The spokesperson said there have also been ‘major advances’ in general surgery with the appointment of four emergency surgeons, each of whom will have sessions in BGH.

Regarding the response of the ambulance service, the HSE said all calls to the National Ambulance Service (NAS) are triaged and responded to appropriately.

‘The nearest and most appropriate response is dispatched with the most urgent calls prioritised.  The ambulance service operates on a national basis and mobilises responses to calls for assistance based on patient needs, ambulances may travel to various locations irrespective of their base, as they are not confined to work in geographical areas.’