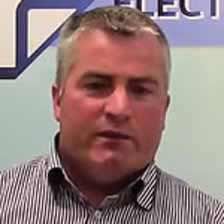 THE re-development of two hotels in West Cork has been welcomed as ‘evidence of real growth and recovery’ by the chairman of Tourism West Cork.

‘Green shoots began to appear last summer, coupled with the hugely positive impact of the Wild Atlantic Way,’ said chairman Finbarr Harrington, ‘but the news that two separate parties are taking on two hotel ventures is a clear signal of a growing market.’

He added that, while the formation of Tourism West Cork as an umbrella group for the region was significant, the re-opening of the Cametringane Hotel in Castletownbere, and the Harbour View Hotel in Schull, is a huge ‘vote of confidence’ in the region and will add much-needed amenities in these rural communities.

The Cametringane Hotel was vacant for close to a decade and fell into disrepair before a receiver sold it earlier this year.

The hotel is being re-branded as ‘The Beara Coast Hotel’ after proven East Cork hoteliers, Mark Golden and Mark Johnston of the Old Imperial Hotel in Youghal, agreed the purchase of the property and set about refurbishing it.

Meanwhile, on the Mizen Peninsula, the Harbour View Hotel – a modern hotel complex, including a leisure centre – closed during the recession, to the dismay of many in the area.

However, the original developers, the Cullinane family of Goleen, have been contracted to refurbish the hotel in time for the 2015 tourism season.

The hotel, which has been given a new lease of life by a private investor from the US, is now under the management of Paul Cullinan, who is overseeing the refurbishment of a new bar, bistro and kitchens, as well as an overhaul of the function room and the bedrooms.

‘As well creating attractive holiday destinations,’ Mr Harrington said, ‘these two hotels will create much-needed jobs and contribute to more sustainable livelihoods in West Cork.’ The hotel developments come in the wake of a number of other ‘good news’ ventures regarding similar ventures in West Cork.

Earlier this year, the landmark Marina Hotel in the picturesque village of Glandore was sold, for an undisclosed price, but believed to be in the region of €2m.

Auctioneer Charles McCarthy said the hotel is likely to undergo a revamp before it opens and is aiming to be back in business for the summer season.