Suicide prevention charity Lisheens House is again spreading its operations across West Cork, following the opening of its third pre-loved furniture store – and this time with some new items

SKIBBEREEN’S Lisheens House is spreading its operations across West Cork, with the opening of its third furniture and bedding store in Old Chapel in Bandon.

The suicide prevention charity was set up by Noreen Murphy from her kitchen table in 2014, following the tragic death of her husband Donal by suicide.

The charity offers free counselling services to people across West Cork at its Skibbereen centre, and the proceeds from the sales in the shops go to fund these vital services.

Noreen said they had been looking for somewhere to rent in Bandon for a while and came across the former Walls premises in Old Chapel which is 8,500 sq ft.

‘We’re renting it at the moment but we’re hoping that if things go well, we will be in a position to buy it next year. Hopefully the Bandon shop will help to raise more funds for us to enable us to provide these essential services,’ said Noreen.

‘We’re selling a variety of new and second hand furniture in the new Bandon shop which is a first for us, selling new furniture, but we’ve always sold new bedding and mattresses which are Irish-made. We will have new and old furniture in the other two shops going forward.’

Noreen said their new shop is only recently opened but is already proving popular with people in Bandon, who are delighted to see Lisheens in their area.

This now means that the charity, which doesn’t receive State funding, has three shops in West Cork – Skibbereen, Clonakilty and Bandon – and the proceeds from all will also help to fund the refurbishment of a three-storey building in North Street in Skibbereen which they purchased last year.

‘Hopefully we can renovate the building this year and turn it into a child and adolescent centre, which would be the first of its kind in West Cork.’ 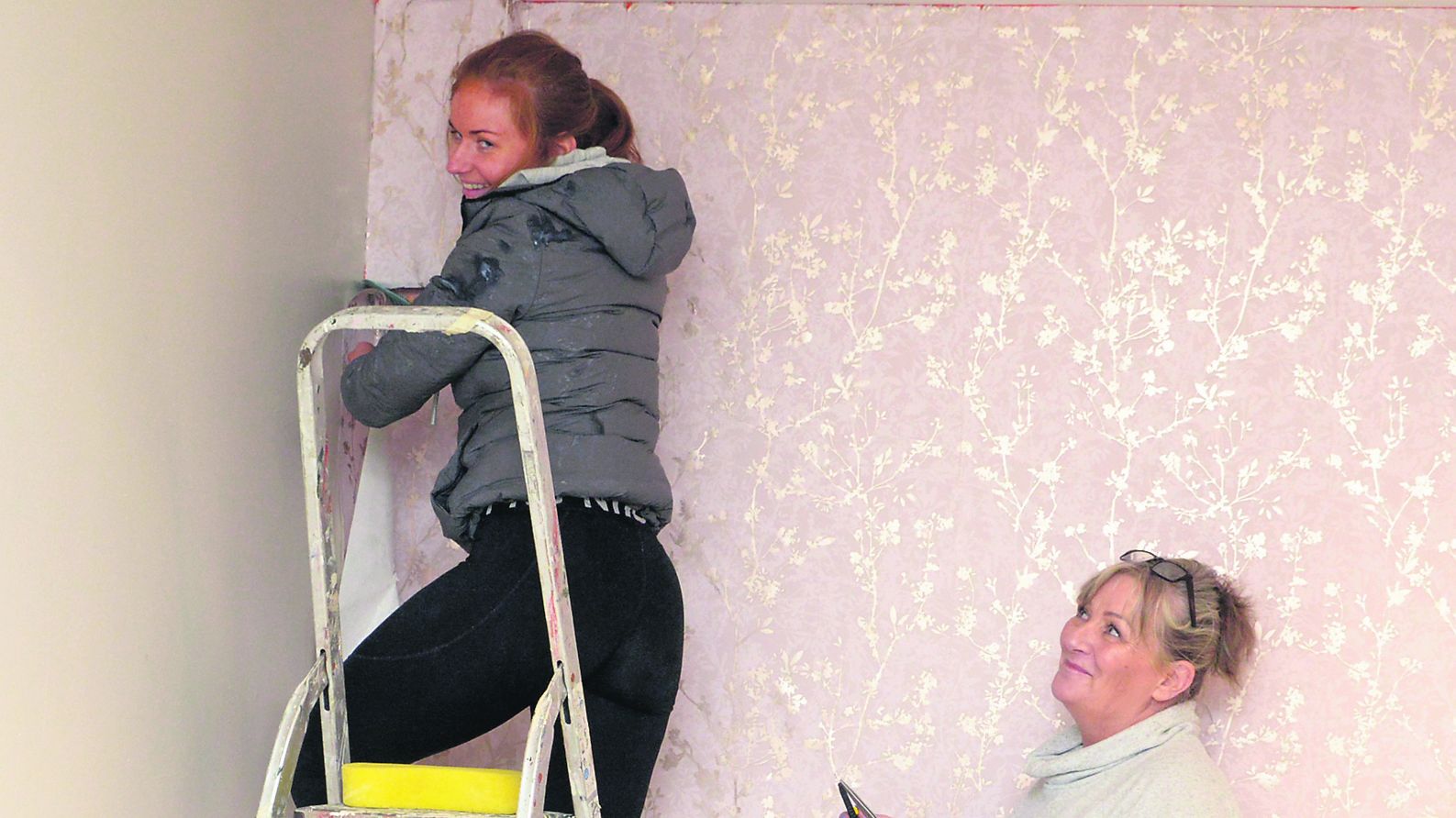 Putting the final touches to the new store at Old Chapel were Derahl Kearns wall-papering with Yvonne O’Connell.

Noreen added that they have been very busy, especially during Covid, as more and more people reached out to them over the past two years.

With 12 full-time and three part-time staff, as well as a panel of counsellors on their books, and Mick Kearns running the day-to-day business, Noreen hopes that the people of West Cork will continue to support this vital charity.

‘We have vans on the road, too, and we collect and deliver furniture so people can contact us on our Facebook page if they want to find out more information.’