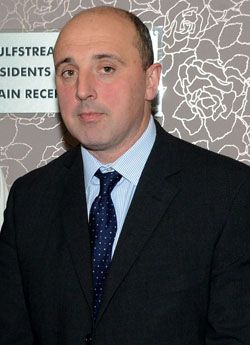 AS West Cork dairy farmers celebrate the ending of milk quotas, two of the area’s four co-operatives are in turmoil on the same issue.

Lisavaird Co-op and Barryroe Co-op came under the spotlight this week regarding quota transfer deals, and within days of the news breaking, Donal Tobin had resigned as chairman of both Lisavaird and the Carbery Group.

Tobin’s resignation was the single biggest fallout of the controversy, which involved a number of milk suppliers availing of spare milk quota from Lee Strand Dairies, to add to their own milk quotas – a practice known as ‘fleximilk’.

Lisavaird CEO, Pat Moriarty, told The Southern Star about the controversy, and gave an account of the meeting that management held with more than 200 Lisavaird milk suppliers at the Fernhill House Hotel in Clonakilty on Monday night.

Before going to press, Peadar Murphy, the CEO at Barryroe Co-op contacted The Southern Star and confirmed: ‘Some of the milk suppliers who heard about the availability of the fleximilk looked to avail of it and we facilitated that.’

Mr Murphy insisted: ‘We didn’t select any of the individuals who partook in the scheme.’ And he confirmed that some of Barryroe Co-op’s milk suppliers complained at a meeting that was held in Timoleague on Thursday night that they were not made aware of it.

It has been confirmed that Donal Tobin was one of seven Lisavaird milk suppliers – alongside 12 milk suppliers from Barryroe – to transfer their quotas. In Donal Tobin’s case it related to the transfer of approximately 12,000 litres of milk quota, and not 20,000 as quoted by other sources.

Both Mr Tobin and Mr Moriarty pointed out that the transfer of quotas did not contravene any Department of Agriculture rules, but Mr Tobin resigned because he said he believed it was ‘in the best interest of the company for me to step down.’

He has been replaced as Lisavaird co-op chairman by John Hourihane of Reenascreena, and Dermot O’Leary – who is the chairman of Bandon Co-op – has taken over the role of chairman of the Carbery Group.

Mr Tobin apologised to Lisavaird Co-op suppliers and his colleagues for the transfers, which although legal, were perceived by other co-op milk suppliers to be unfair.

Lisavaird CEO Pat Moriarty explained the issue arose last summer when a number of milk suppliers asked the co-op to transfer portions their quotas to avail of the Lee Strand fleximilk.

‘The controversy is not that they transferred their quota but that not all farmers heard about it,’ said Mr Moriarty, ‘and there was a feeling out there that all farmers should have known about it.’

Mr Moriarty said: ‘Lisavaird didn’t contact any supplier about this scheme. And we didn’t make the matter public because it wasn’t our fleximilk quota to give. But where an individual sought to join, we facilitated it.’

Commenting on Donal Tobin’s decision to step down, Mr Moriarty said: ‘It was an honourable thing for Donal to do because the issue had become so controversial.’

He also confirmed that there were more than 200 milk suppliers gathered at the Fernhill House Hotel on Monday night and after a hammer and tongs debate ‘we patched up our differences’.