Kinsale Community School students Shane Collins and Oisin Coyle at their work station for the making of their face visors used by medical staff in ICU,

THE principal of Kinsale Community School has said he is ‘beyond proud of a school community’ who are producing protective visors for frontline medical staff, using 3D printers at their school.

And with 20 new 3D printers ordered, production will be significantly scaled up, meaning they will be able to produce 250 protective visors every day.

‘I am beyond proud of a school community that can turn around and produce these resources for  people at the frontline of this crisis and that we did it in such a quick and responsive way,’ Fergal told The Southern Star.

‘I’m also so delighted that I’m dealing with young people, who not are not just incredibly clever, but also incredibly passionate and know that this is the right thing to be doing and giving up their Easter holidays to do it.’ Oisín came up with the design for the 3D printing of the visors and enlisted the help of Shane’s technological expertise and, by bringing on board Fergal and staff members, an assembly line was set up in the school. 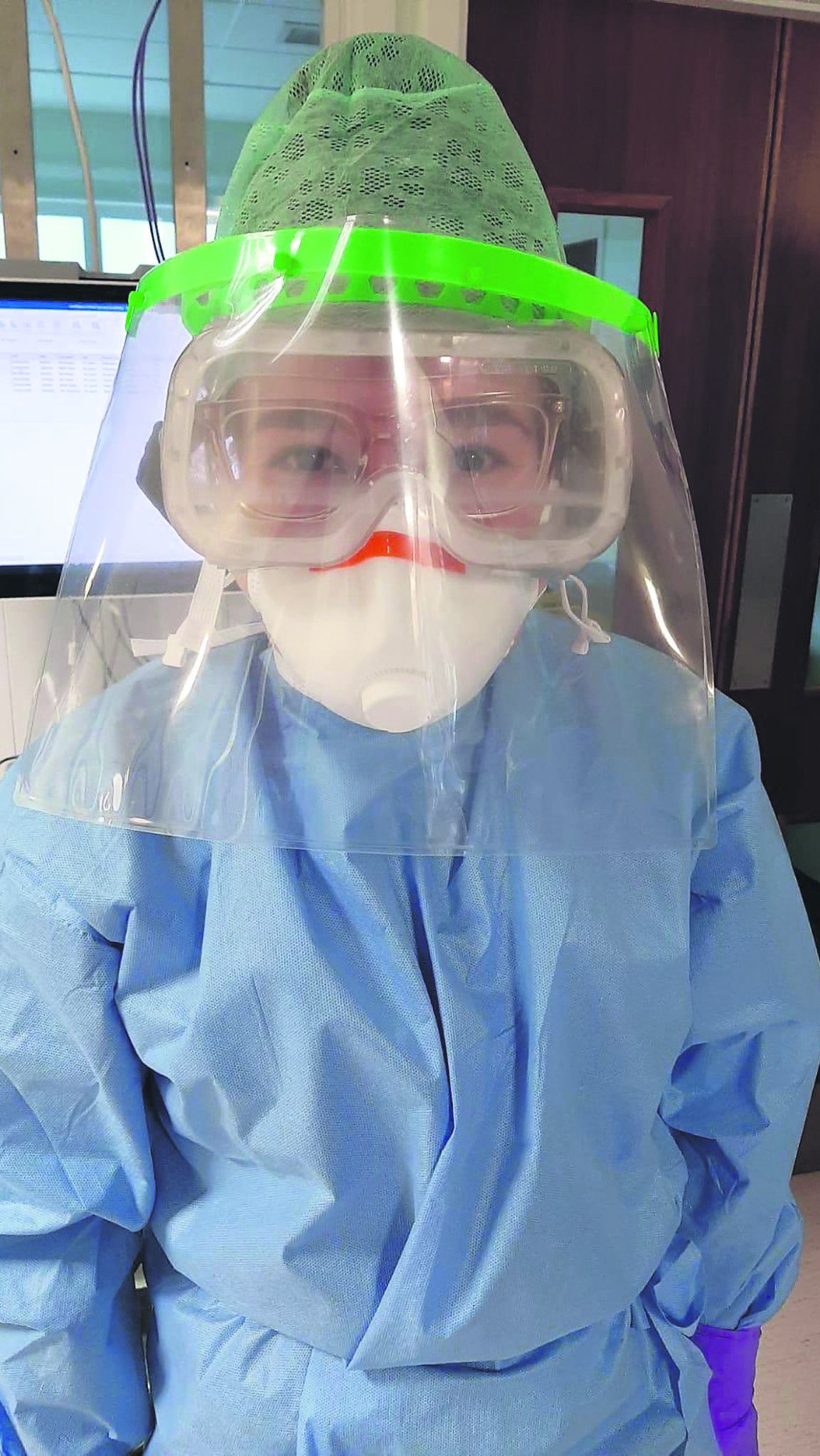 The printing process of headband pieces was overlooked by Oisín, Shane and teacher Thomas Clancy, while the remaining staff formed segregated assembly lines to create the plastic visors. Cutting equipment was used to attach the shields to headpieces before attaching elastic to complete the process. Masks take approximately two hours to manufacture.

‘We have been producing these masks since last week and sending them to hospitals across Cork. We want to thank Kinsale Lions Club and Eli Lilly have come on board to help with the cost of purchasing the additional 20 new 3D printers too.’

Fergal said the feedback from health professionals from a infection control perspective has been fantastic.

He said they will continue to make the protective visors as long as the need is there.‘We’re here everyday until at least after 6pm and were here all last weekend too. Oisín and Shane have the expertise and experience to do this thing right and Shane’s brother Dylan has also been helping them.