The lifeboat was on a routine training exercise off Garrettstown beach at 9am when crewman David Carter saw the exhausted casualty being repeatedly swept back off the rocks.

RNLI volunteers Jon Hynes and Colum O’Sullivan entered the water and swam in to help the man to safety and assess his medical condition, with the Old Head Coast Guard Unit and Kinsale Garda also on the scene. Coast Guard Helicopter Rescue 115 was tasked from Shannon and winched the man aboard to take him for further medical treatment. 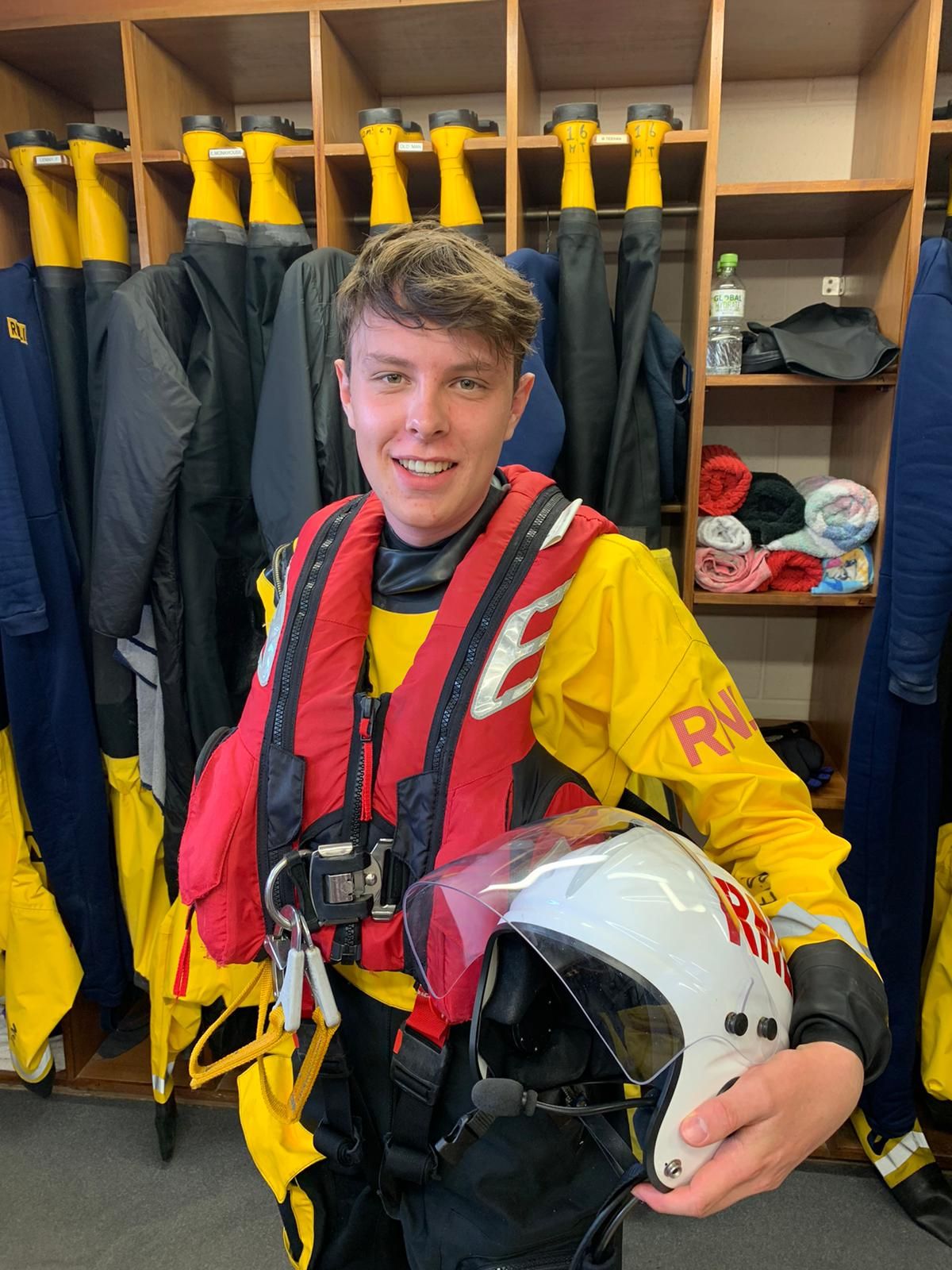 Kinsale volunteer David Carter who spotted the casualty on the rocks.

Lifeboat helm Jonathan Connor said: ‘He is a very lucky man as David spotted him by pure coincidence. We have no idea how the man entered the water, but he was alone in a fairly remote area so it is unlikely anyone else would have seen him and raised the alarm.  We are all relieved that we decided to train in that area this morning, and that we were able to work with the other emergency services to bring the casualty to safety.’

Shortly after returning to Kinsale lifeboat station, the crew launched for a second time in response to concerns for the safety of a person on board a small inflatable RIB who had been at sea for longer than expected in the area of the Sovereign Islands.

Coast Guard Helicopter Rescue 115 was also tasked, along with members of Oysterhaven and Summercove Coast Guard units.  The vessel was located and escorted back to the safety of Oysterhaven.

Lifeboat helm Jonathan Connor said: ‘We urge everyone who is going on or near the water this weekend to exercise extreme caution as the water is treacherous, despite the sunshine.  Please follow the safety guidelines issued by the RNLI and the Irish Coast Guard: