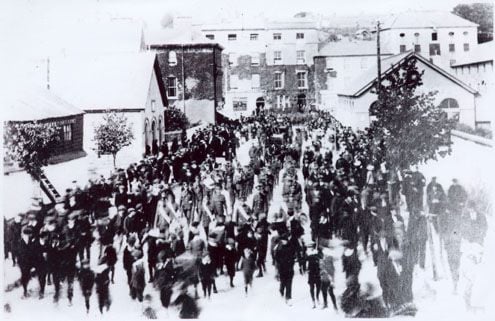 KINSALE will remember the victims of Lusitania and the town’s involvement in the aftermath at a Memorial Concert, on May 8th at 7.30pm, in the 800-year-old church of Saint Multose, where Lusitania victims were buried in 1915.

The event will tell the story of the last voyage of the doomed ship and include a re-enactment of the inquest which returned the verdict of 'Wilful Murder' against the Kaiser and the German forces that had a huge influence on public opinion.

It will conclude with an ecumenical blessing and the laying of wreaths by members of the Kinsale RNLI.

On the previous day, May 7th, Minister for Agriculture, Food and the Marine, Simon Coveney, will meet the families of the 14 man 1915 jury.

They will sit on the same seats in the old Museum / Courthouse where their fathers and grandfathers listened to the evidence and the testimony of Captain Turner. 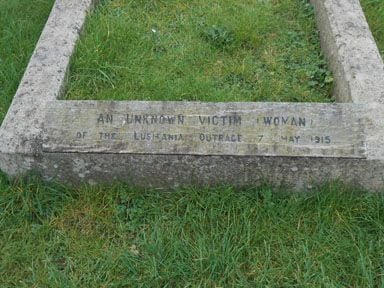 Students of the Kinsale College of Drama will re-enact the inquest at both locations and Minister Coveney will also launch special Lusitania centenary stamps.

In addition, a Lusitania Town Walk will depart from the Tourist Office that morning at 10.30am and there will be a minute’s silence in all schools in Kinsale at 2.10pm, while church bells ring to mark the exact time of the sinking.

The owner of the Lusitania wreck, Gregg Bemis, will open The Annual Conference of the Federation of History Societies in the Methodist Church at 9pm that evening and will speak at the Lusitania Seminar at the Trident Hotel at 3pm on Saturday along with Eoin McGarry (who has dived the Lusitania wreck more times that anyone else), and David Dore (producer of Lusitania, a damned and dirty business).

This will be followed to the Old head Signal Tower for those unable to be present for the official opening on Thursday.

Young people have been a special focus of the Kinsale programme with each school receiving reference and teaching material and the work of the children will be on display at the Lusitania exhibition by local schools at the Kinsale Temperance Hall on May 9th and 10th from 11.30am-6pm.

Saturday will also feature a street fair in Market Quay with a visit from the Cobh Animation group and the start of the Vintage Car Rally at 12 noon. The Courtmacsherry Lifeboat will be at the pier on Sunday and the 1915 boat will also be on show.

The Kinsale Museum will have a ‘Creation of Lusitania’ Exhibition, highlighting the story of the Lusitania and the relevance of Kinsale in the subsequent inquests in the aftermath of the tragedy. For more see www.lusitaniakinsale.com

The Centenary events will conclude in Kinsale on May 24th at the annual Sea Sunday event, which commemorates those who were lost at sea and prays for the safety of those out at sea. This will be followed by a wreath laying ceremony and a parade to the Seaman’s Memorial on Kinsale Pier. A rescue boat from Courtmacsherry will also be available for the public to view on the day.

Kinsale is one of four coastal communities in Cork taking part in the series of commemoration events, entitled Lusitania100 Cork, in association with Cork County Council.