When NYC-based Kinsale nurse Kathleen Cait Murphy realised the true tragedy of 9/11 she set about creating a memorial in her hometown so the victims, including her close friend Fr Judge, would never be forgotten. Some 20 years later it continues to bring peace to relatives of the dead

KINSALE is forever bound to the memory of all those who died so tragically on September 11th  2001 in New York City.

On that day, as the twin towers crumbled to the ground killing almost 3,000 people, Kinsale woman and nurse Kathleen Cait Murphy prepared to receive the wounded and injured at the Lennox Hospital in the city.

Kathleen had been nursing in the city for many years and had a close connection with the New York Fire Department and their devoted chaplain, Fr Mychal Judge. 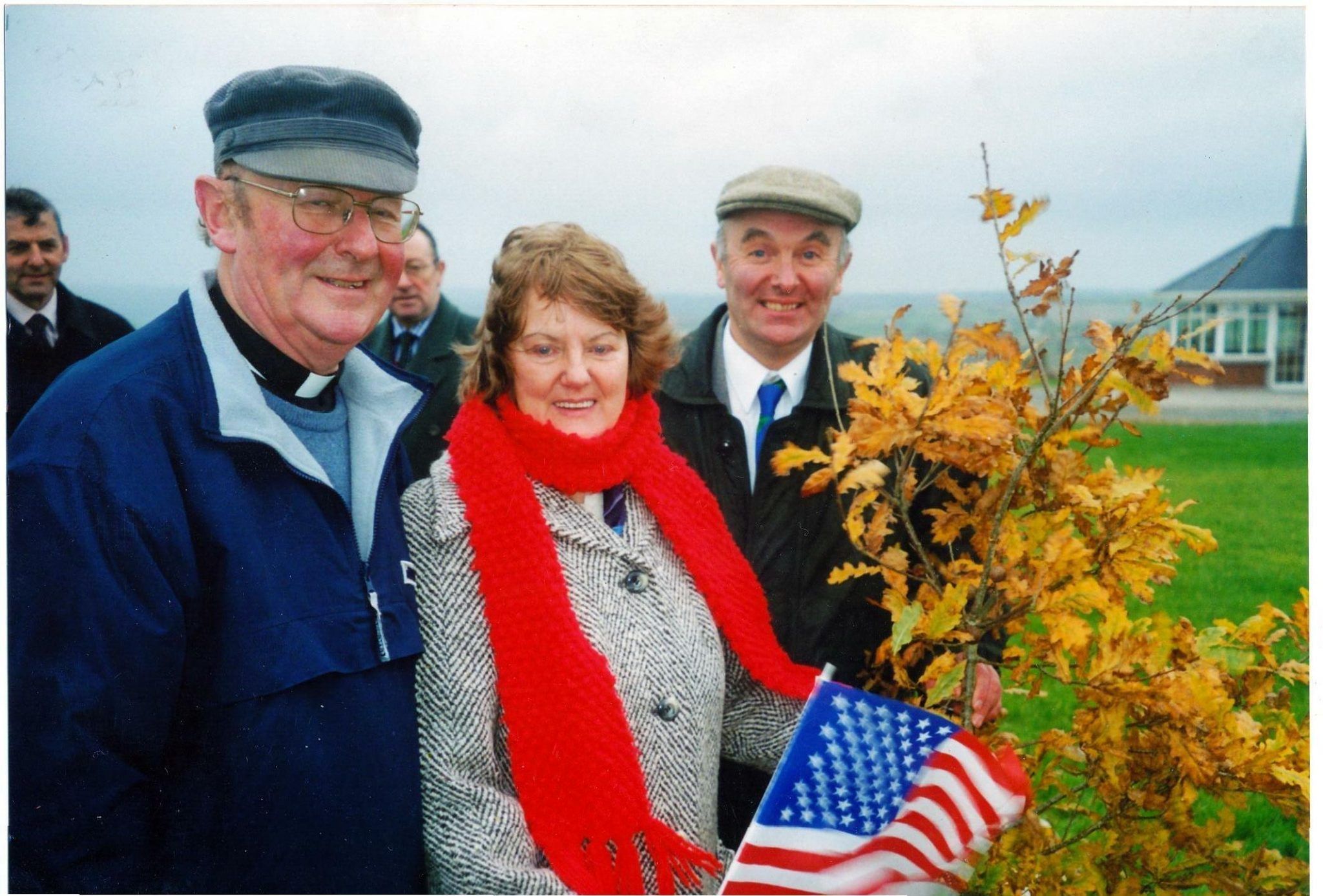 She was sure that there would be many firemen among the injured, but was unprepared for the news that soon arrived from ground zero, that her good friend and priest was among the victims.

A total of 343 firemen lost their lives on that day and when Kathleen returned to visit her home place later that year at Ringfinnan outside Kinsale, she set about creating a memorial garden dedicated to memory of her friend, and the brave firefighters, and all who perished on that day.

‘Kathleen had land next to her family home in Ringfinnan and she called me about two weeks after the attack in New York, to say that she wanted to create a garden of remembrance,’ Kathleen’s second cousin and local solicitor, Virgil Horgan, told The Southern Star.

‘By the end of 2001, we had 50 trees planted and by the time the garden was officially opened, there were 343 trees, one for every firefighter who lost his life,’ said Virgil. ‘And an ash tree for Fr Judge.’

Sadly, Kathleen passed away before the 10th anniversary of the tragedy, but the popularity of the memorial continues on, in her memory.

Down through the years the Kinsale Garden of Remembrance has provided a focal point for many of the relatives of those who died.

Visitors walk between the neatly planted rows with each and every tree dedicated with a firefighter’s name and personal memorabilia left behind by family, friends, and complete strangers.

‘Early on, when the garden first opened, we were contacted by Paddy Gray from Kilkenny, the grandfather of Jimmy Gray (34), who was one of the firefighters who died that day,’ Virgil said.

‘Most of the firefighters had Irish connections and Paddy told us that the garden, with a tree named for his grandson, had given him a sense of peace and a place to visit and remember Jimmy,’ he explained.

The Ringfinnan Garden of Remembrance, 4km outside Kinsale, on the southern side of the River Bandon, is open

Popular humanitarian was one of the first people on the scene 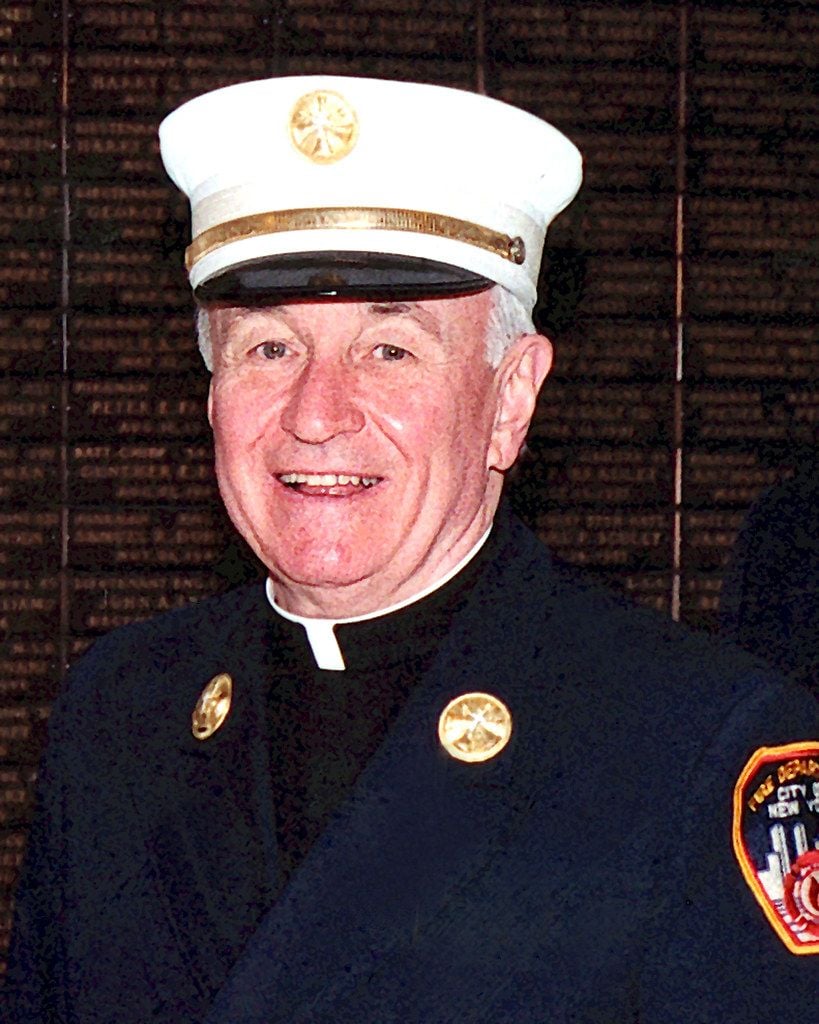 Fr Judge was a strong humanitarian.

The son of immigrants from Co Leitrim, he spent some of his teens shining shoes outside Penn Station in Manhattan, but at the age of 15 in 1948, he began his studies with the Franciscans at the St Francis Preparatory School, and was ordained in 1961. He  spent the following decades serving communities in Boston, the Bronx, New Jersey, and finally Manhattan.

He was gay, a fact known only by a number of his closer friends, and he was a member of Dignity, a group which advocates for change in the Catholic Church’s attitude to homosexuality. Fr Judge was also a strong humanitarian and a supporter of addicts, the homeless, and victims of the Aids crisis in the 1980s.

In 1992, Fr Judge became chaplain to the New York Fire Department and he was often first on the scene with the firefighters.

And so it was on September 11th, 2001, he was among the first to respond to the call, and one of the first to die, when the Twin Towers were struck.