Jessie is an accomplished vocalist, violinist and composer and hopes her project will introduce fellow Skibbereen woman, Agnes to a whole new audience. (Photo: Richie Tyndall)

In between training as a yoga teacher and recording a Bruce Springsteen single for a new album, Jessie Kennedy has created a music project on Skibb astronomer Agnes Clerke

ONE accomplished West Cork woman is celebrating another, in what promises to be a ‘star-studded’ performance in Skibbereen next week.

Jessie Kennedy has written a musical performance inspired by the life and works of Agnes Clerke, a world-famous nineteenth-century astronomer and astrophysicist, born in Jessie’s hometown of Skibbereen.

Agnes, who lived on Bridge Street, is credited as being the founder of what is today referred to as ‘popular science.’

She is widely accomplished, broke through many gender barriers and even has a crater named after her, but she still remains unknown to many.

In a bid to change all that, Jessie’s concert, ‘Thus She Shall Go to the Stars,’ will be performed on August 5th and 6th at Rosebank House, Skibbereen as part of the West Cork History Festival.

An accomplished vocalist, violinist and composer, Jessie has created and written the project, in collaboration with Tess Leak, musician, artist and writer, and historical advisor and festival co-founder, Victoria Kingston.

The project was awarded an Agility Award from Arts Council Ireland and it has involved months of intensive research, drawing from the observatories at Armagh and Royal Greenwich Observatory London (where Agnes spent time researching in the nineteenth century) and from books, essays, and local previously unpublished stories and information about Agnes.

Archaeologist Finola Finlay also generously contributed her research to Jessie from her talks on Agnes Clerke.

‘Her story is a significant one in terms of both Irish and West Cork women’s history, considering this is a Skibbereen woman who has an actual crater on the moon named after her.

‘Agnes achieved much at a time when women were not generally even permitted to use a telescope in the main observatories,’ said Jessie.

‘My aim as an artist with this material is to weave the life stories of Agnes and her inspirations into a musical performance which will also be filmed and livestreamed,’ said Jessie.

‘I hope that it will shine a light on a character that is relatively unknown here by the general public.’ The performance will also draw on the poetry and works of Ellen Clerke, Agnes’ sister.

Jessie has curated the music for the West Cork History Festival for the past three years, and is known for her themed work around interesting and elusive historical people and stories.

‘I like to focus on revealing the true characters and their honest and unique experiences within the stories,’ she explained.

It’s been a busy year for Jessie, who retrained as a yoga teacher during the pandemic and who now works in holistic healing. ‘It’s something that’s very complimentary to my music,’ she said.

Jessie was also recently selected to record the Bruce Springsteen track Devils and Dust, for a new compilation by Ace Records, alongside all-female artists such as Emmy Lou Harris and Patti Smith.

‘As a Skibbereen woman it’s just been so lovely to work on the Agnes project, it feels so special.’

• Jessie will be accompanied by The Celestial Quartet (cellists Tess Leak, Diana Llewellyn, Francesca Flowers) and pianist Susan McManamon for the intimate performances next week.

• Tickets are limited, but the concert will also be livestreamed. See westcorkhistoryfestival.org 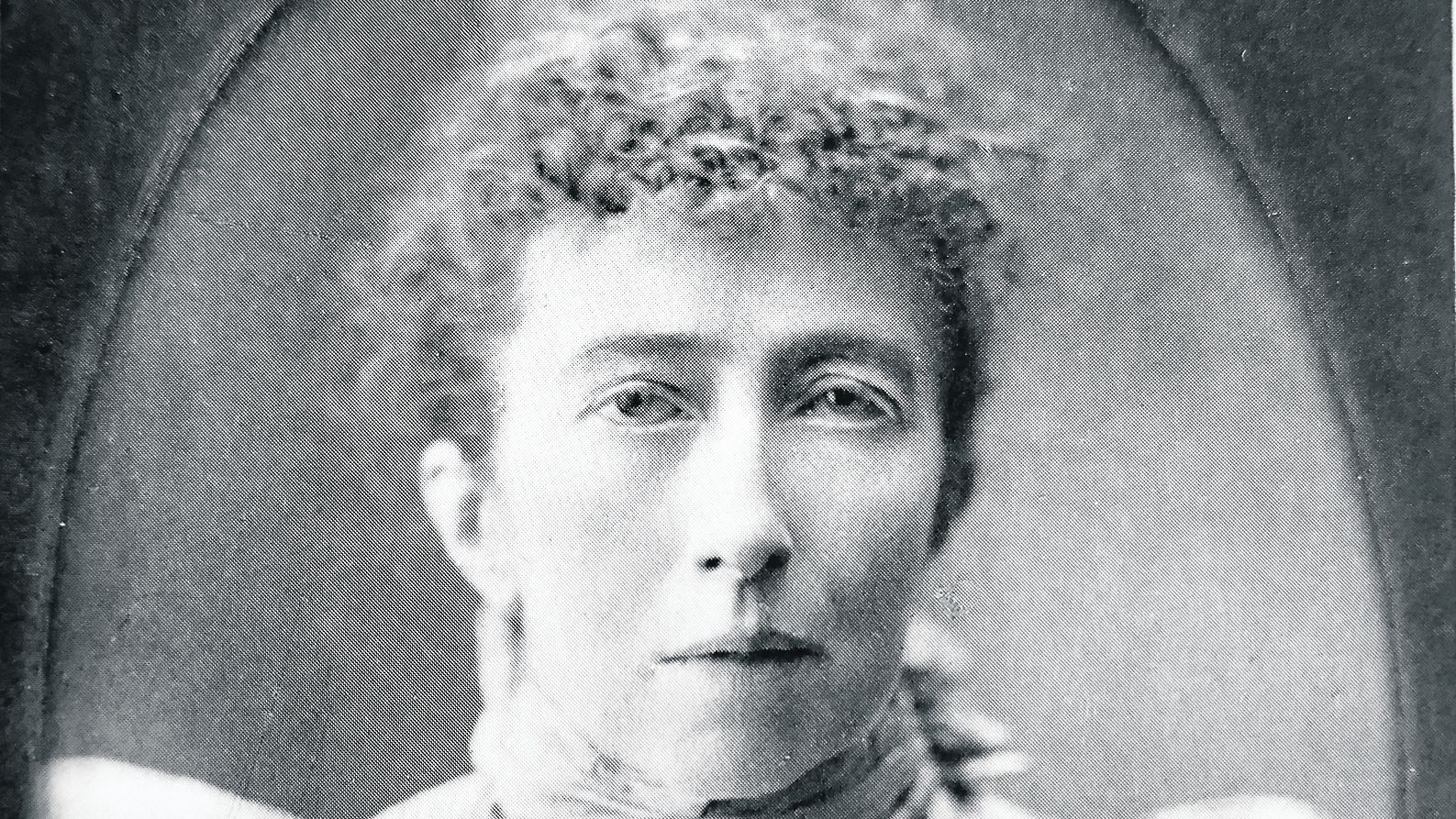 Agnes settled in London, after studying in Rome and Florence.

Sisters were women ahead of their time

AGNES Clerke, and her siblings Ellen and Aubrey, were the offspring of John William Clerke (who managed the bank on the ground floor where they lived on Bridge Street, now La Femme beauty salon) and Catherine Mary Deasy, and were all brilliant, scholarly and published writers, each in their own fields.

John had been educated in Trinity and the children grew up in the 1840s and 50s with access to their father’s extensive library, his telescope and his chemistry experiments.

The sisters were tutored by their mother to a high proficiency in music, Latin and Greek. Insatiably curious, they devoured knowledge and by 15, Agnes had already begun to write a history of astronomy – a book that would later count as her magnum opus.

While Ellen and Aubrey distinguished themselves mainly (although not exclusively) in literature and law, Agnes went on to become one of the foremost science writers of her day. Devoted to each other, none of the siblings ever married and the family lived together in harmony and supported each other’s endeavours to the end.

Living in Italy for 10 years, Agnes and Ellen studied extensively in the excellent libraries in Rome and Florence, becoming proficient in several languages and going to primary sources to research their interests. Thereafter, the family settled in London. Although she started off with a wide range of topics, Agnes over time concentrated on writing about astronomy. Her first published pieces (one about Copernicus, the other about the Mafia!) appeared in the Edinburgh Review in 1873. This was the equivalent, as Perry O’Donovan points out in an essay for the Skibbereen and District Historical Society Journal, of an unknown writer today being published in The New Yorker.

The depth and scope of Agnes’s scholarship is awe-inspiring. To read through her History of Astronomy during the Nineteenth Century (available online through Project Gutenberg) is to see a brilliant mind at work. Her purpose in writing was to embody an attempt to enable the ordinary reader to follow, with intelligent interest, the course of modern astronomical inquiries.

This book was one of the bestsellers of the day. Agnes had a unique ability to absorb and compile knowledge and then to lay it out for the non-specialist. She is rightly credited as the founder of what is called today popular science.

However, she was a woman, and a non-practitioner (that is, she didn’t work in an observatory, although she spent time in one), and many in the predominantly-male science establishment of Victorian Britain were sceptical of her knowledge and resentful at her success. But, as they read what she wrote, most were won over by her erudition and her ability to present their complex findings to a wide audience. Although she was a member of the British Astronomical Association, as a woman she was ineligible to be a member of the prestigious Royal Astronomical Society and had to call in favours to be allowed access to their library. But eventually even that bastion of male scientific privilege was forced to acknowledge her achievements.

She also has the honour of having a crater on the moon, near the Apollo 17 landing site, named the Clerke Crater by the International Astronomical Union.

• This is an edited version of an article that Finola wrote for The Roaringwater Journal.