Residents of the Big Apple are ditching the city for the suburbs – there are 16,000 vacant apartments at low rents. (Photos: Shutterstock)

New Yorker Bill Hoffmann, who has close ties to Ballydehob, reflects on an unusual Christmas in the Big Apple

THIS is the first time in the history of New York City where the iconic phrase, ‘It’s beginning to look a lot like Christmas’ doesn’t fit.

The temperatures have plummeted close to freezing. We’ve seen light snow flurries. And store windows are aglow with charming holiday displays. But a Happy Christmas this isn’t.

With more than 314,000 infections and 24,200 deaths from Covid-19 reported in our five boroughs as of Dec 1st— and a second wave of the pandemic now attacking our beloved metropolis — holiday cheer is in very short supply.

Our city officials have warned us that celebrating Christmas may be, likely will be, hazardous to our health and that the deadly airborne virus is virtually lurking around every corner. 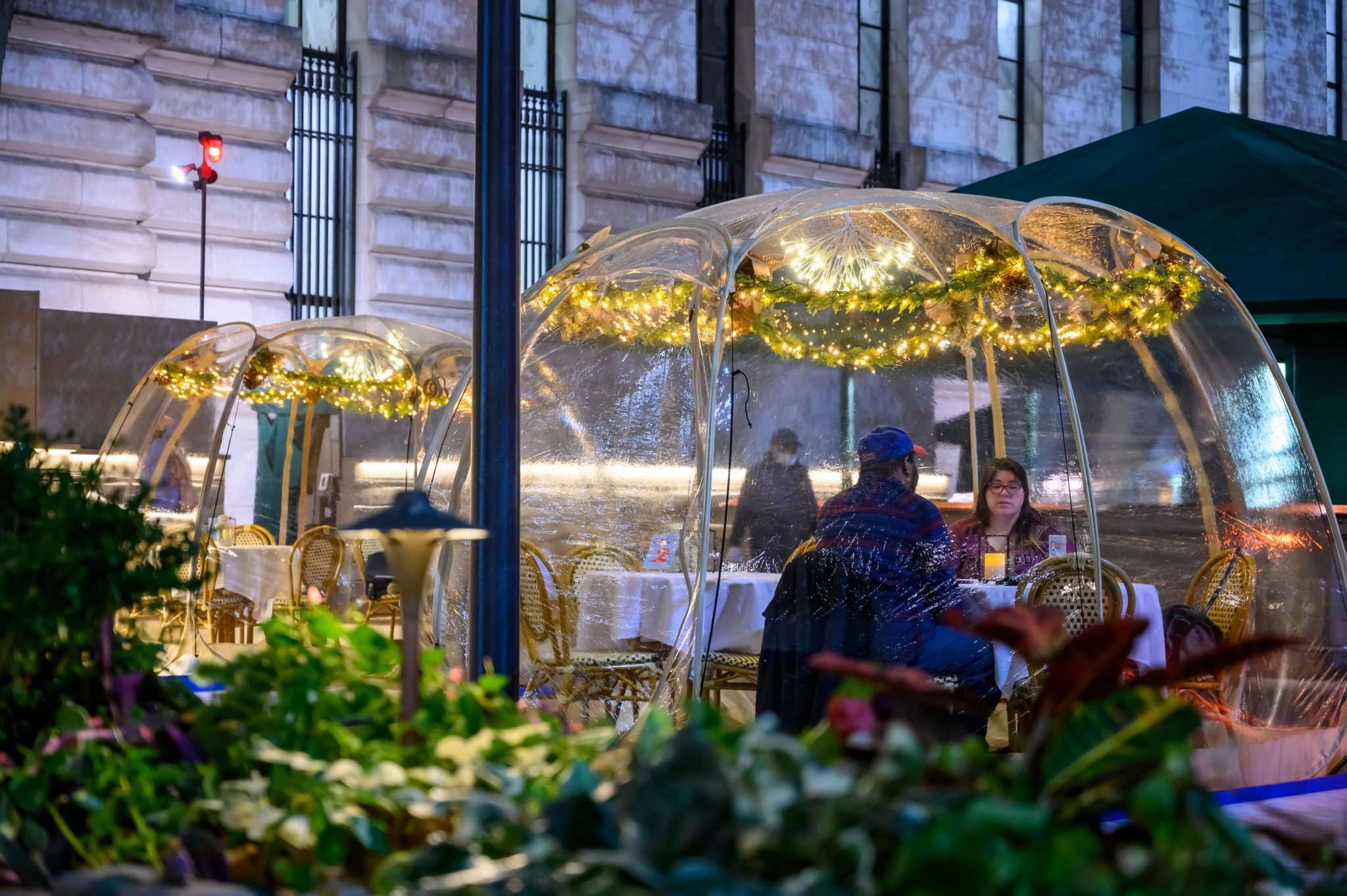 For those who stay behind, there are Covid-compliant eco bubbles for eating out.

The hustle and bustle of the holiday season in Midtown Manhattan is all but dead, with Broadway dark and world-famous stores like Saks Fifth Avenue and Macy’s —usually packed to the rafters — now limited to 25% capacity.

The Strand, our cherished 93-year-old book shop in Greenwich Village, is pleading for support from its patrons after business dropped 70%. And hundreds of restaurants and bars, including beloved Irish pubs like the Pig ‘n’ Whistle, O’Lunney’s and Foley’s, have shuttered for good.

Heavily Irish neighbourhoods like Richmond Hill in Queens are all but resigned to cancelling family gatherings in their homes on Christmas Day. Longtime resident Mary Dono, whose ancestors are from Ireland, said: ‘My daughter Ann-Marie suggested we meet in Eisenhower Park, for a socially-distanced gift exchange  — if only for a few minutes. That may be the closest we come to celebrating at all. In the freezing cold. It breaks my heart.’

One New Yorker told me the best gift he could get for Christmas would be a Covid vaccine jab. Another asked Santa to return the city to the way it was. The first is a distinct possibility; the second highly unlikely.

Residents are ditching the city for the suburbs and there are 16,000 vacant apartments at record low rents. But nobody wants to live in them. Crime is also skyrocketing.

The Yuletide in New York this year is one only Scrooge could love.

And yet, if you look for them, some of the little touches that make Christmas so memorable in New York City remain intact. The annual carol singing around a huge lighted spruce in Washington Square Park is still on. Families from Canada are here selling their freshly-cut firs along city sidewalks. Bake shops like Rocco’s on Bleecker Street are taking orders for holiday pies. And the top of the Empire State Building is cheerfully aglow in red and green.

It’s also heartening to see bell-ringing Salvation Army volunteers standing by their red donation pots, looking to the kindness of strangers for spare change. And at the end of the day, if you close your eyes for a moment and block out the protective being masks worn by nearly everybody, it’s not hard to imagine that this year is like any other.

New Yorkers know the Christmas Spirit is what you make it. And that’s really what it’s all about.