The issue of dereliction, like this cottage on Sherkin, was also identified in the study. (Photo: Shutterstock)

The recent report from UCC researchers highlighted the importance of affordable housing in any strategy to secure the future of our seven inhabited islands, writes Emma Connolly

QUALITY properties on West Cork’s islands are only affordable to the really wealthy, making them a bit like the South of France.

That was the feeling of an islander who contributed to a UCC report that documents the views of West Cork island residents on housing.

As reported in last week’s Southern Star, the report claims that a housing crisis threatens the sustainability of life on Bere, Dursey, Heir, Long, Oileán Chléire, Sherkin and Whiddy. According to the 2016 Census, these islands have a total population of 495 inhabitants, but the report says that figure is threatened unless immediate action is taken.

Across the focus groups, the cost of island property was highlighted.

One permanent resident on one of the smaller islands noted the prices which houses on their island were being sold for was way out of most people’s reach.

‘There’s a house for sale on the island at the moment listed at a million euro. The second last house to be sold was €425,000.

‘The third last house to be sold was €350,000. So, unless you have that amount of money in your pocket, you’re not going to get existing housing here.’

Another resident said: ‘A property [on their island] sold … for somewhere between €350,000 and €400,000 which is huge money, especially when our cost of living is much higher than somebody on the mainland.’

Another highlighted that it was not simply the prices of the houses themselves that must be considered, but the additional costs of renovation, that have to be considered.

‘Last year, we lost a long-term resident because of housing. They had to move to the mainland. This year, it looks like we are going to lose at least one couple and their two small children, as they have been given notice and there is nowhere for them to go,’ said another. 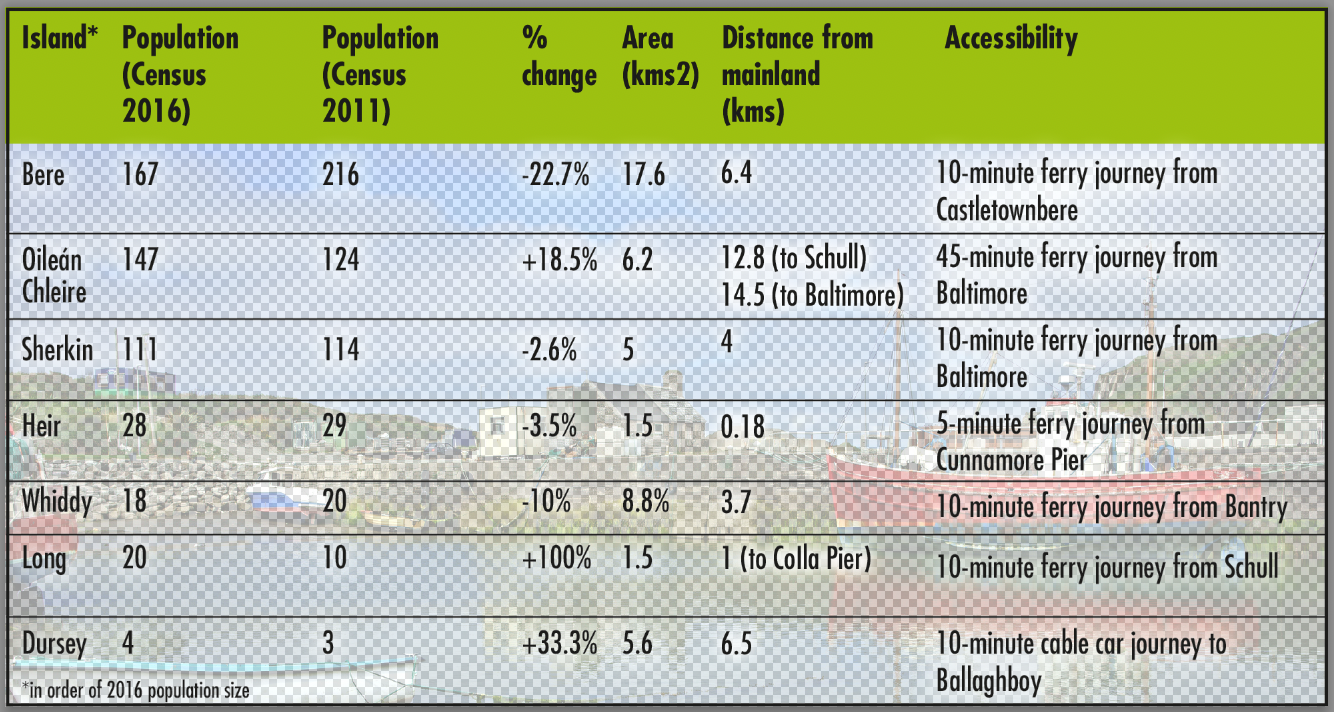 Our graphic, with figures from the UCC report on the West Cork islands, shows the changes in population and availability of access for islanders.

Participants were also concerned that these house prices often meant that it was impossible for those providing essential services crucial to the sustainability of island living – such as teachers or nurses – to afford to live on the islands.

Anther issues that was highlighted were the impact of Air bnb rentals on the long-term rental housing market.

One participant noted that ‘a few properties that could have possibly come on the market in the past couple of years as long-term rental, they’ve been used for short-term Airbnbs.’

Lack of availability of sheltered housing for older adults was another issue.

The desire of permanent residents to remain on the island as they aged was highlighted in the focus groups with one participant stating: ‘Apart from most of us here getting no younger, we’ll leave the island when we die.’

Given the absence of sheltered accommodation or care homes on the islands that is, however, not always possible.

A participant on one of the smaller islands noted that some inhabitants had gone to care homes on the mainland and expressed concern that ‘unless you drop dead in your tracks, that’s facing most of us. That’s a difficulty.’

Survey respondents also highlighted their concerns about planning. One respondent stated: ‘If Bere island has a healthy population, like it had when I was a child (not that long ago), it will survive and flourish. The key to achieving this is housing. At the moment, there are not enough houses for people to live in and there are too many barriers and restrictions put on planning permission applications.’ 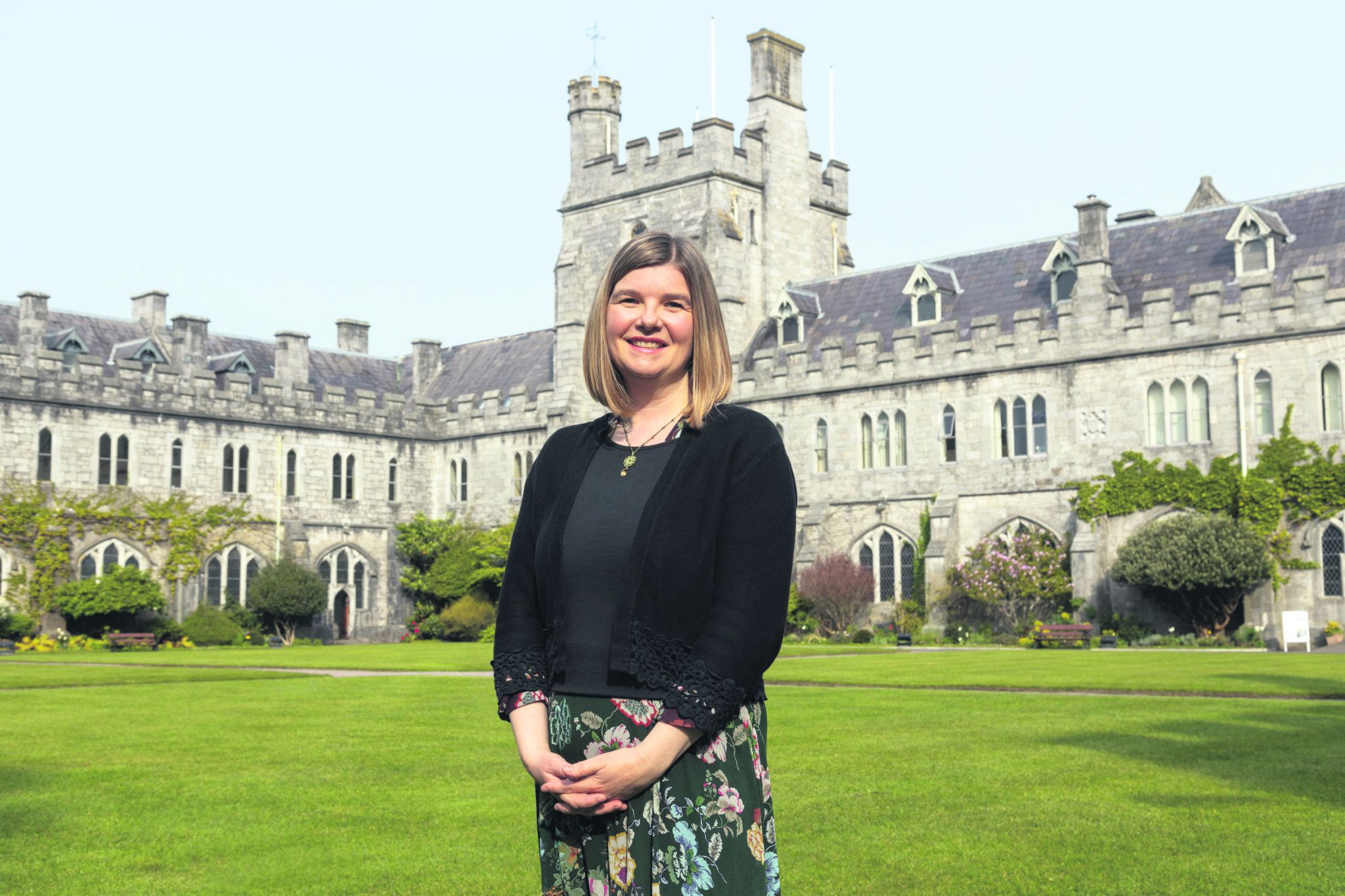 Co-author Dr Siobhan O’Sullivan said: ‘Unlike the mainland, if the housing situation on the islands is not resolved, there is the risk over time of the loss of entire island communities, and, with them, the vital contribution of the islands to Ireland’s heritage, culture and economy.’

But she said there had to be a holistic approach to the situation and along with housing, improved access to broadband and a subsidised ferry service timed to facilitate employment and schooling on the mainland, were key factors in supporting a diverse and vibrant population on the islands.

Positively, most survey respondents rated their island as an excellent place to live and 81% of respondents stated that it was very important for them to remain on their island,

Dr O’Sullivan concluded: ‘Failure of government to act could mean that the islands, as locations for full-time, year-round residence, are no longer feasible.’