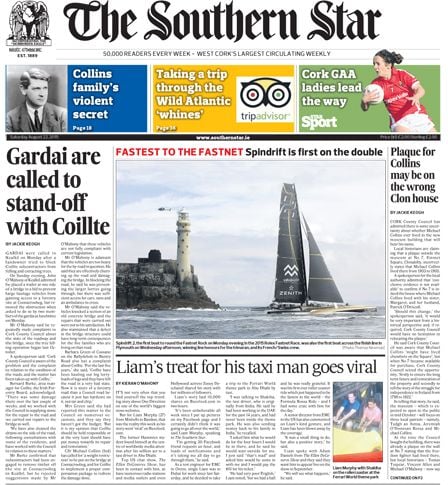 Gardai are called to stand-off between local and Coillte

Michael Collins plaque may be on 'wrong house'

Liam's treat for taxi man may see him on Ellen show

Was Gismo the pony too hot to handle?

The secret life of the common lobster

Layering can give you that trendy look