British troops at the viaduct in 1920.

The ‘gateway to West Cork – the landmark Chetwynd Viaduct – was the scene of bloodshed and chaos 100 years ago when an IRA ambush on British soldiers went badly wrong.

Tucked away off the N71, on the hilly road to Waterfall, is a memorial dedicated to IRA Lieutenant Jeremiah O’Herlihy who was mortally wounded there during the ambush on October 4th 1920.

Jeremiah O’Herlihy (29) was a farm labourer from Ovens and a member of the 3rd Battalion Cork No1 Brigade IRA. Standing over 6ft tall, he was known as ‘Big Jer’.

He was part of an IRA ambush party of over 40 volunteers who assembled on the hills around the Chetwynd Viaduct.

The viaduct was so named because it carried the railway line between the townlands of Chetwynd and Rochfordstown, about two miles outside the city.

For three days they waited and observed a British army lorry transport arms and soldiers to and from Cork city to Bandon. They had a tree cut and ready to fall across the road to block the lorry and launch the attack. But an informer scuppered their plan.

Soldiers from the Hampshire Regiment based at Ballincollig made their way via Ballinora and Waterfall to the scene of the intended ambush and surprised the IRA party from the rear. A 30-minute gunfight followed between the IRA and the British soldiers at the viaduct. If you look closely enough, the old structure still bears the scars of wayward bullets.

The majority of the IRA men retreated towards a safe house in Ashgrove on Spur Hill but left behind a number of bicycles and guns.

A number of IRA men had a lucky escape when they hid under a fallen tree in the stream that runs under the viaduct. As soldiers looked for them, the men held their nerve and were never detected. When the coast was clear, they then made off towards the safe house drenched but alive.

A man from the city found himself in the wrong place at the wrong time when he drove his donkey and cart into the gunfight. As he was passing under the viaduct he jumped from the cart and ran for cover.

When the chaos ended, he discovered his cart cut to bits by bullets, including the poor donkey.

All of the IRA men successfully escaped, except for Big Jer O’Herlihy. He was serving as signaller on the highest point of a hill overlooking the main road, on the Waterfall side of the viaduct. He held his position until the very end, before disposing of his arms and making off across fields, but he was spotted by British troops who stopped and searched him. 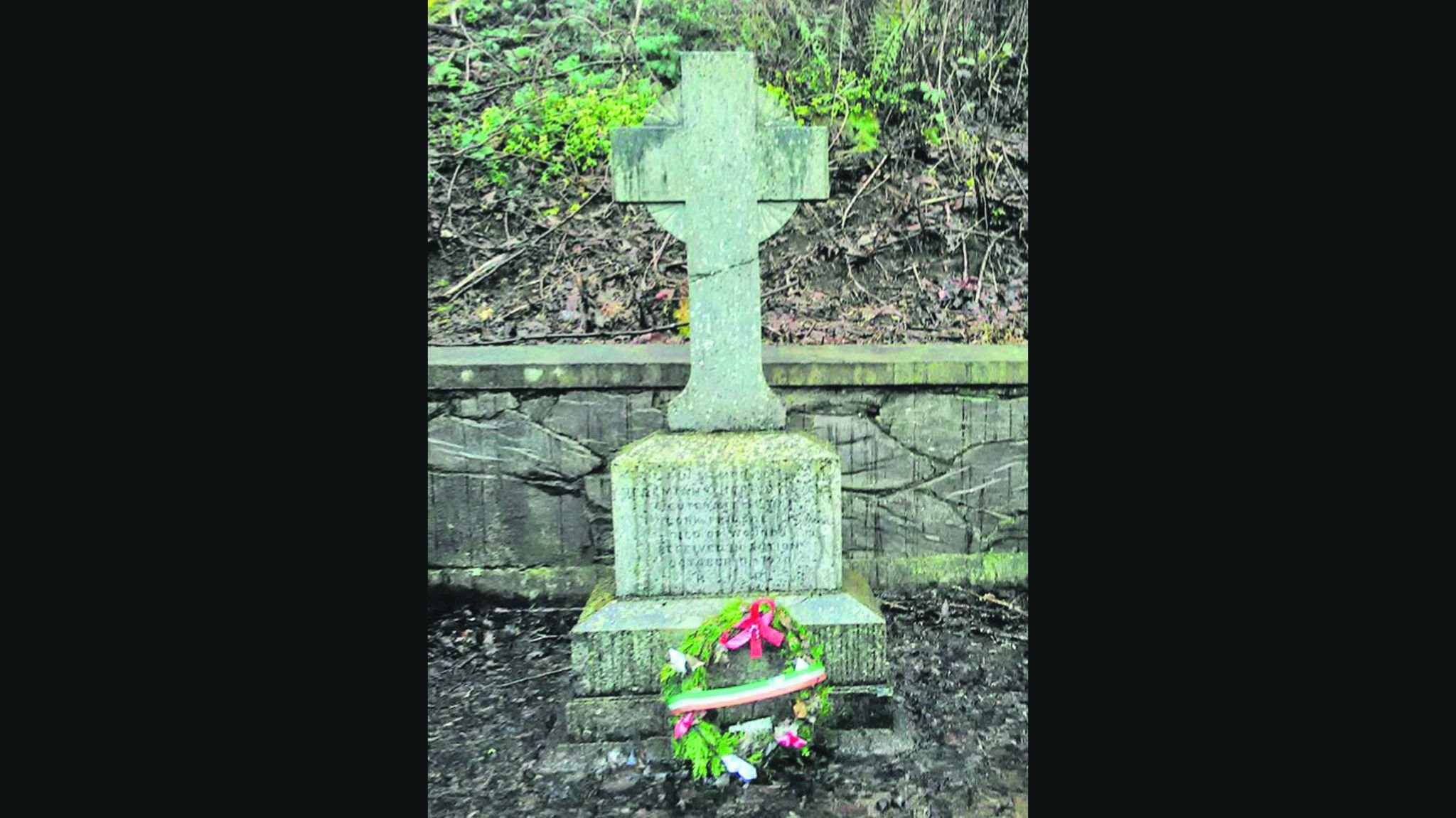 O’Herlihy told the soldiers he was merely herding cattle. The soldiers did not believe him and rather than take him prisoner, they told him to run. As O’Herlihy jumped a fence and ran through a field, a sniper with the British troops aimed and fired. A bullet hit O’Herlihy’s neck. He rolled down a steep incline and ended up hitting a fence.

The soldiers thought he was dead and moved off, but the Ovens man was clinging to life.

He was discovered by local man Harry Woods who brought him into his house. O’Herlihy was then taken to Mosphere Hospital on Dyke Parade in Cork city where he died nine days later. Lt Jeremiah O’Herlihy was buried with military honours in the old cemetery in Carrigadrohid.

Following the events, the dreaded Auxileries and Black and Tans arrived in the area where they arrested any local they came across. They then went to the Lynch farm where they bundled their ‘prisoners’ into a hay shed. They set the hay on fire and padlocked the door with the terrified people inside.

Thankfully, the hay was damp but the smoke it emitted alerted a senior British Army officer who happened to be close by.

When he arrived on the scene, he ordered the release of those locked in the burning shed and the locals were spared their lives.