Nicole got an incredible 65,000 new Instagram followers in a single day, which she says was a lot to process.

Nicole got an incredible 65,000 new Instagram followers in a single day, which she says was a lot to process.

Nicole admits there were times, just a few years back, that she didn’t feel as confident as she does now.

Nicole O’Brien shot to fame after starring in the hit Netflix show Too Hot to Handle. Now, with her debut single and and a new lounge wear collection on the way, she shares her tips for overcoming anxiety and building confidence

SHE’S one of the country’s top influencers, has over 870,000 Instagram followers and is shortly releasing her debut music single and a range of lounge wear.

But Innishannon’s Nicole O’Brien admits she suffers from anxiety and confidence issues as much as the next person. And the 25-year-old is down to earth enough to admit that there’s a filter on everything we see on social media, and that very little is real.

‘I do try to keep it so real on Instagram. But for every photo that I upload, I’ve taken 100. I’m not joking. People need to realise that and I don’t think a lot of people do,’ she said.

The UCC commerce graduate shot to fame last April when she appeared in the hit Netflix series ‘Too Hot Too Handle,’ and since then a whole world of opportunities have opened up for her.

Funny to think that Nicole feared she’d missed her ‘shot,’ after ‘Love Island’ producers scouted her out through her Instagram page when she was in second year college, and she turned them down to finish her degree. 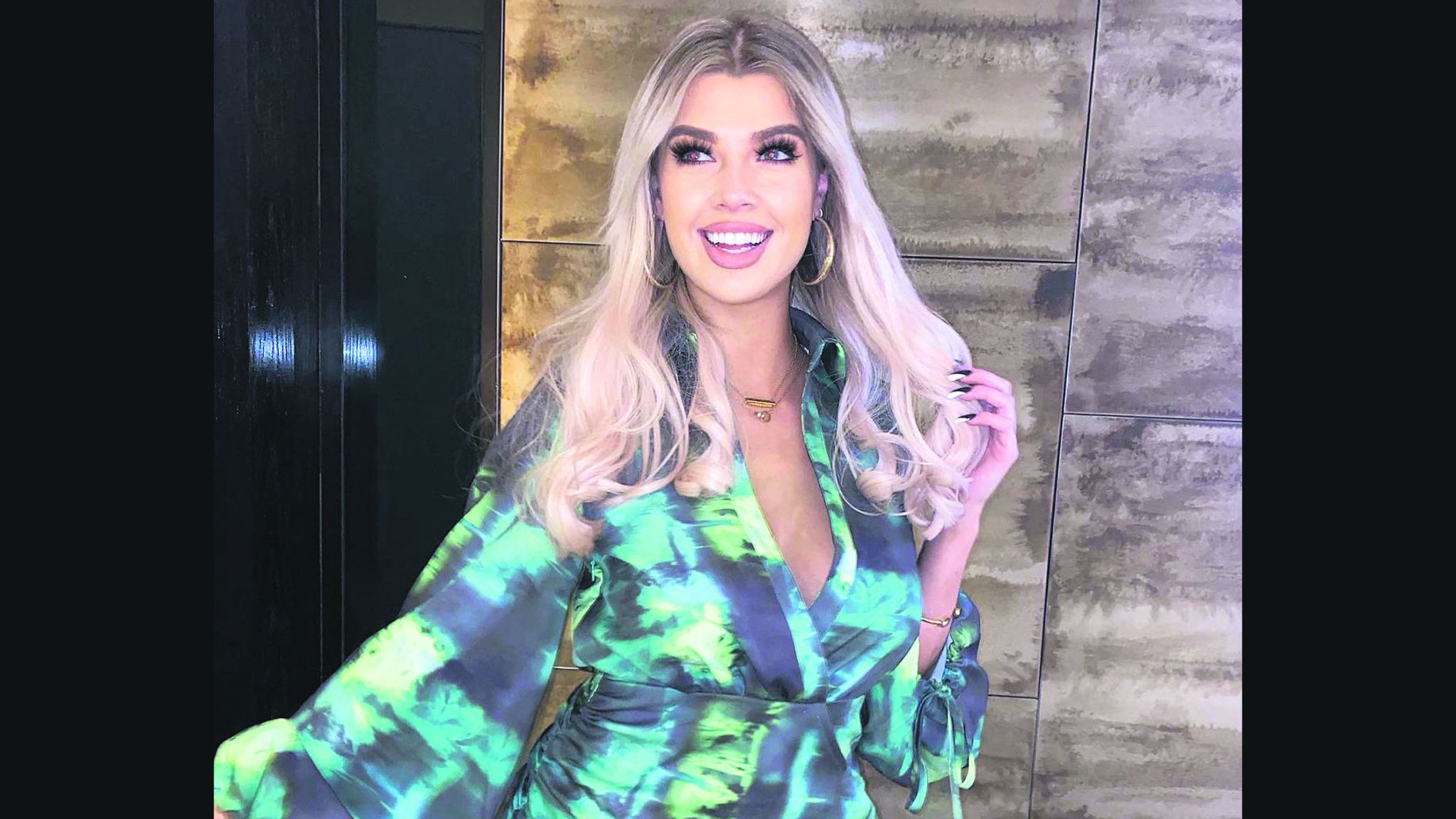 Nicole admits there were times, just a few years back, that she didn’t feel as confident as she does now.

‘Then Netflix came along this time two years ago asking me to apply for ‘Too Hot Too Handle’ and when I got it, I realised that everything happens for a reason.’

The idea behind the show was for contestants to remain celibate to claim the €100,000 prize. They were only told this when they got to the luxury villa in Mexico.

Nicole admits to suffering major anxiety ahead of the show’s release, at the start of our first Lockdown.

‘When the show came out I could not get out of bed for a few days back in March. I was extremely anxious, mainly of people’s reaction, even if I didn’t understand properly what the feeling was at the time.

‘We saw it at the same time as everyone else in the world so that gave me major anxiety. Also I got 65,000 new followers in a single day which is a lot to deal with and to process. Looking back now I think I was mainly anxious because I didn’t know how to act on social media. But I sat myself down and said why do you have to act different, just be yourself, and that’s what I do. If I’m having a s***** day, I’ll just go on and say I’m not feeling great and be myself and now I don’t suffer with anxiety in terms of Instagram.’

After she came off the show she was inundated with messages from young girls saying they hated how they looked, which motivated her to set up her mental health platform called Loved by Nicole.

Over a period of several months she interviewed psychologists from all over the world who were specialists in things like anxiety, confidence and perfectionism and, now with a business partner, the platform offers a range of courses in these areas.

She admits to being a perfectionist herself: ‘Yes, I’m so bad, it gives me anxiety, I literally have to have everything perfect, but I am improving.’

And to safeguard her mental health she’s conscious of taking time off from social media: ‘Once every 10 days to two weeks I won’t post, leave my phone and have mindfulness and chill and I love it.’

Surprisingly she admits she wasn’t always the confident person we see portrayed in her Instagram feed with images of her posing in lingerie and swimwear.

‘I didn’t feel so confident years ago. So if I feel good now, I feel confident and I’ll upload. I think there’s a stigma when uploading bikini pics, sometimes I get it, but the stigma needs to be changed, less about sexualising it and more about people feeling confident.’

Her objective though with her content is to get ‘the perfect balance’ between classy and sexy.

She hasn’t had any surgery or enhancements, just ‘a tiny bit of filler in my upper lip out of self confidence last year.’

‘I’m scared of needles and blood so don’t plan on getting anything done,’ she insisted.

But she is conscious of being ‘papped’ when out and about in London, and while it’s a source of anxiety, it’s something she’s getting used to it.

‘I’ve signed myself up for this so I can’t give out about it,’ she said.

Fashion brand Zalando, estimated her earnings last year as €422,992, which she said were a bit ‘exaggerated.’

‘I am earning a good living, but because I pick and choose brands, it’s not like a monthly wage. One month I only did two ads, and then other months I might get nicer brands. The most I’ve earned from a single post was around $4,000 for a competition I did recently for an American brand. 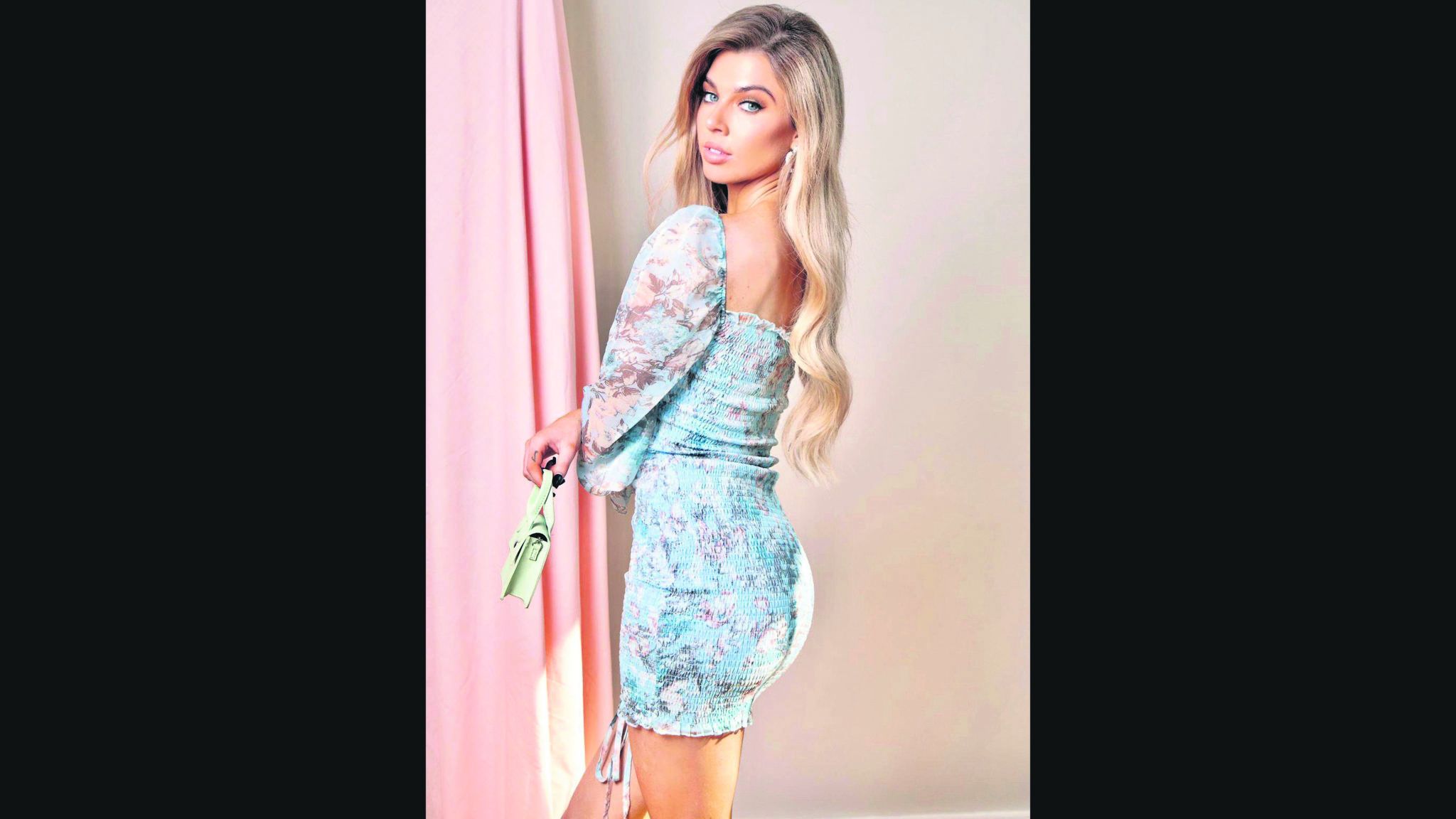 ‘I only ever promote things that I’ve used and I like. I get enquires every day, but I don’t work with many brands. If I was following someone and if I saw doing them doing a lot of ads I just wouldn’t trust them.’

She attributes a lot of her work ethic and business acumen to her parents, Helen and Michael O’Brien who run an audio visual business called SoundTrax.

She spent Christmas in Innishannon with them and her sisters, Lauren (21) and Andrea (19).

Nicole is currently single but after the THTH, she grew closer to fellow contestant Bryce Hirschberg and the pair dated for a time. She visited him in LA, and he was meant to come to London when Covid hit.

‘That never happened, so we had this conversation, and being realistic, I said I didn’t know that I’d be in LA anytime soon, same with him being in London. We were mature about it, and left on good terms. He’s such a lovely guy, so kind and funny. Usually he wouldn’t be my type in terms of how he looks. With the show, I went in more of a shallow person, but it changed me, now I just look at someone’s personality, obviously you need to be attracted to the person but I’ve changed in that regard.’ 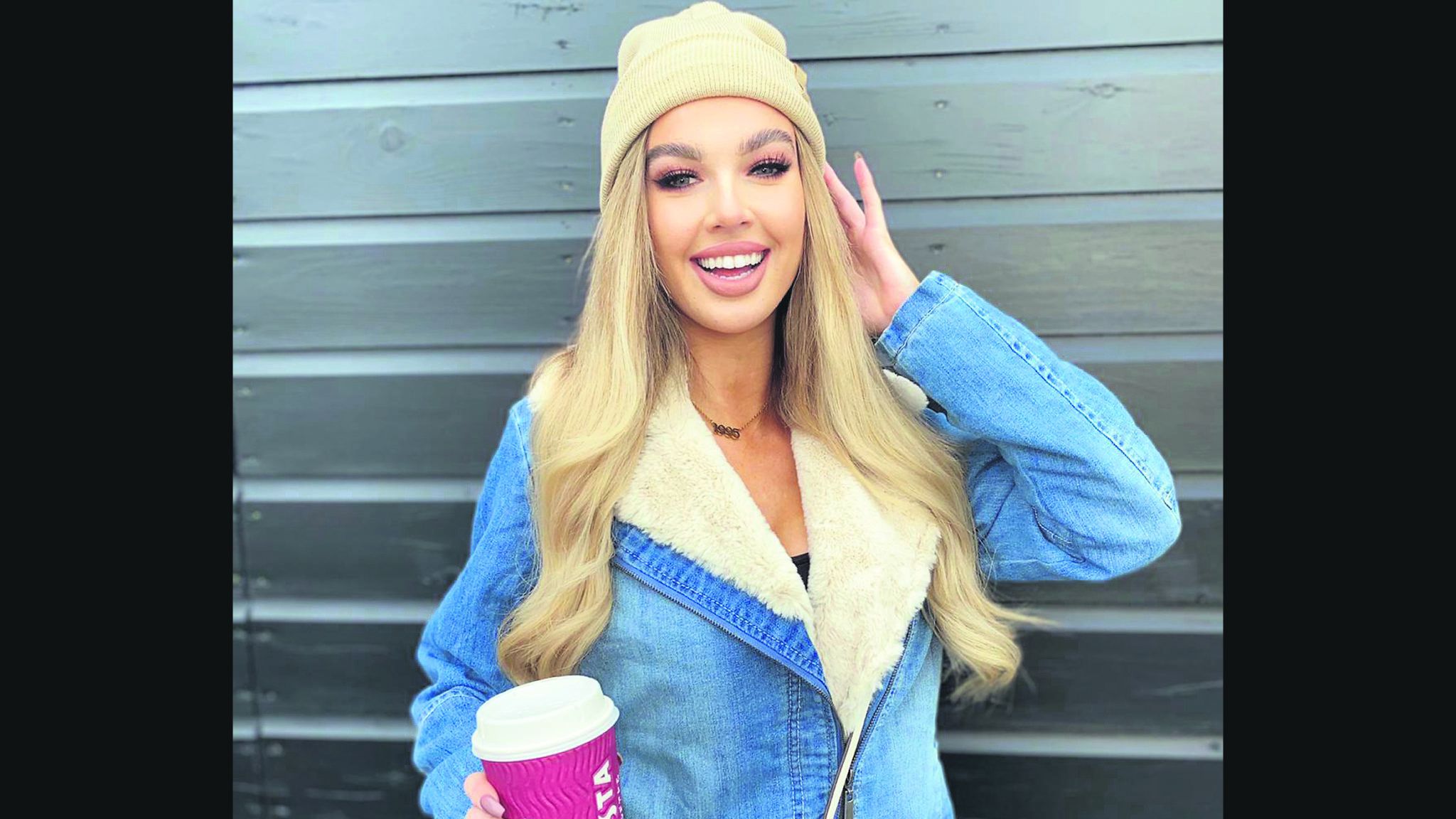 Nicole also dated Love Island USA’s Cormac Murphy, originally from Clare, over the summer. They holidayed on the Amalfi Coast in Italy.

‘We were going out for a little while. I have a lot of time for him but we’re both quite different people. But also it didn’t work as he living in Ireland. I don’t know why I pick boys that are living in different countries!’

Right now it’s all about her music with her debut single out soon.

‘Music is my life right now, this has been my dream since I was so young to release music. But I’ll do more TV too, that’s in talks. I want to do everything!

When she’s back in London, she’s going to move apartments to share with THTH contestant and close pal Chloe Veitich, but moving to LA next year could also be on the cards.

‘I was disheartened that I wasn’t shown as much as other people in the show but I’m surprised that I’ve come out as one of the biggest of the girls. I think that it comes back to being genuine and being kind to people. Kindness goes a long way in life. You get back what you give out.

‘The past year has been crazy but I’ve loved every second of and I guarantee I’m one of the most grounded people you’d meet. I would never every say I’m famous, I hate that word, I’m a West Cork girl born and bred, very chilled, and that’s just me.’ 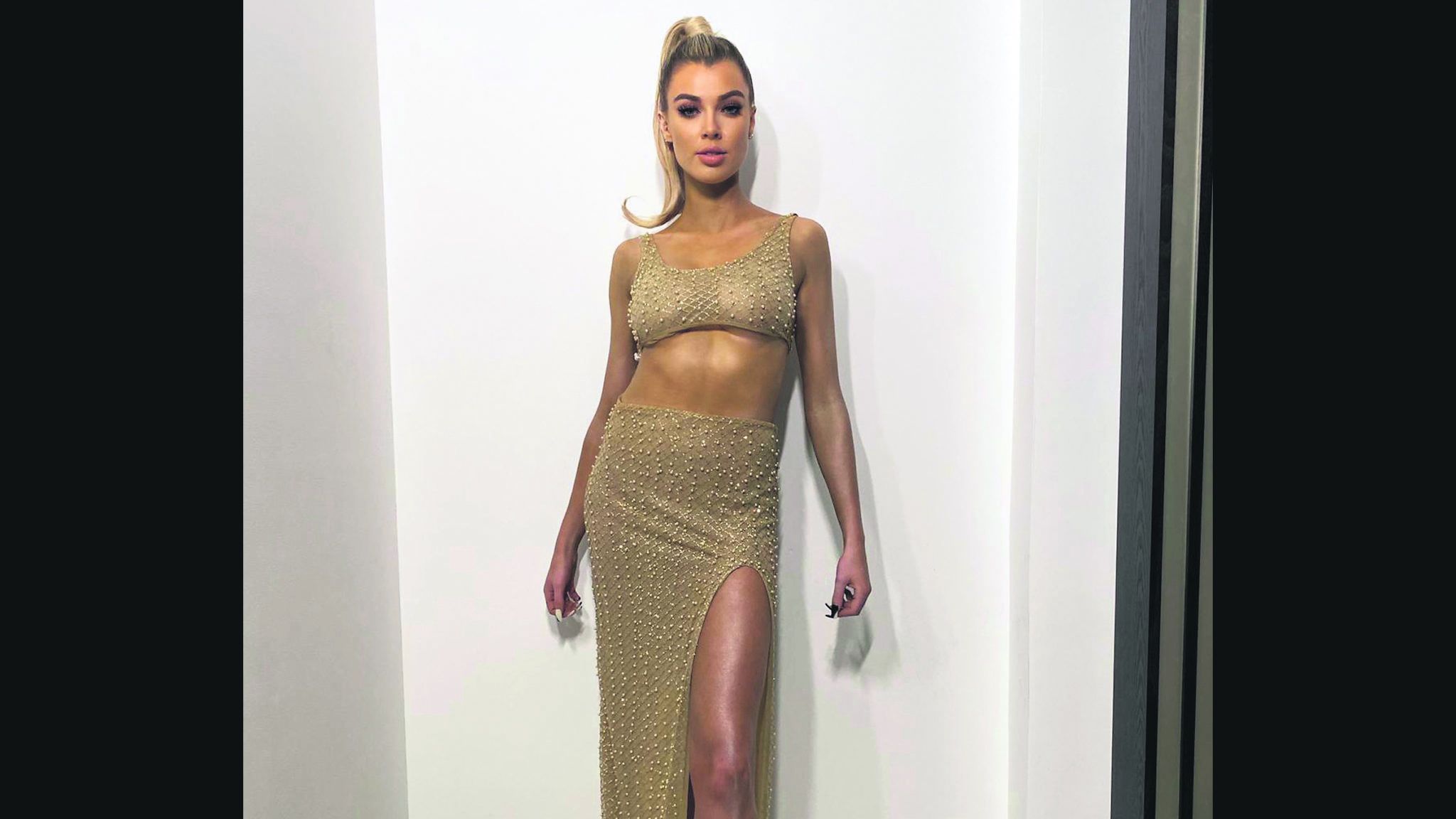 1. Finding your inner confidence by glamming yourself up. Being in lockdown has us all sitting in our PJ’s and not feeling our best so it’s important some days to put on a bit of make-up and glam yourself up to make you feel that little bit more confident.

2. Everyone has their insecurities but it’s important to realise that there is no such thing as ‘perfect.’ We see everything through a filter, especially on social media where we spend 90% of our time. To truly be confident you need to embrace the little things that you may be insecure about because these things make you, YOU.

3. Spend 30 seconds every morning looking in the mirror and saying positive things about yourself and the things you love about yourself out loud. This has helped me massively the last year.

4. In order to build and maintain a confident mindset, you need to surround yourself with positive people who will lift you up and radiate positive vibes.

5. One of the best ways to build your confidence is by helping others. People usually wouldn’t link charity work with growing your confidence but it has proven to be one of the most effective ways to boost it.