WEST Cork is still basking in the glory of its Olympic success this week, with the arrival back home of medal-clutching gold winners Fintan McCarthy and Paul O’Donovan, and bronze medallist Emily Hegarty, all in rowing.The Ballineen bullet Phil Healy made history by being the first Irish woman to compete in three athletics events in one Olympics, and also made an Olympic final, as part of the Irish relay team.

Aoife Casey’s eighth-place finish in the lightweight women’s double in Tokyo is another huge highlight and is very encouraging with the 2024 Paris Olympics in mind.

A major homecoming event had to be postponed due to Covid restrictions, but there were shrieks of delight in Skibbereen on Sunday night when Emily Hegarty’s parents Mary and Jerry Hegarty took turns to drive their bronze medal-winning daughter and gold medallist Fintan McCarthy through the streets of the town. Word quickly spread the duo were on the move around 9pm and customers emerged from bars, restaurants, shops and hotels along the route to get a glimpse of the glittering prizes. 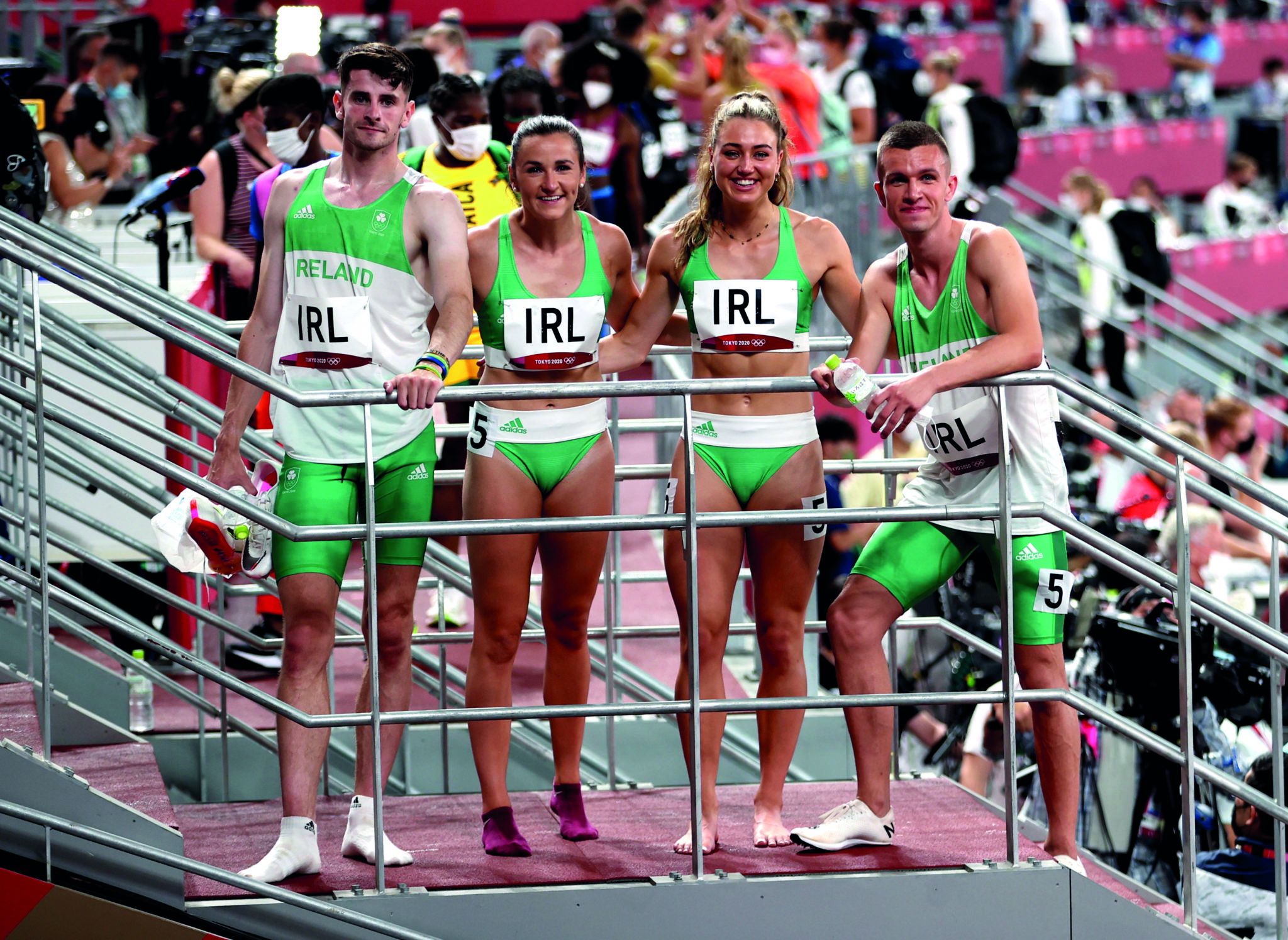 There were similar but smaller crowd scenes when the duo arrived back in their home parishes later and stood in for a few low-key photos with neighbours and friends.

While gold winner Paul was missing on Sunday night, he emerged with the full Tokyo rowing team on Monday for a small reception for family and friends at Skibbereen Rowing Club sponsor Spearline’s offices on North Street. Politicians came out in force, too, to get their photo opportunities with Ireland’s Olympic heroes.

In his speech to the modest gathering, the Taoiseach quoted from a recent Star article by Mark O’Donovan who was writing about Dominic Casey. ‘Mark was writing about the time he was on a training camp in Spain with Shane O’Driscoll, they were exhausted after so many sessions, they were back in their rooms, they were so tired they couldn’t even speak to each other,’ said Deputy Martin. ‘There’s a knock at the door and Dominic Casey arrives in and says, “get out and do one more session”. What transpired then, and the moral of the story, they get back out on the river and they say that Dominic taught them something, they had thought that the well was empty but he knew it wasn’t, and that there’s a bit more to give here.’

Deputy Martin said Dominic had instilled in them a real sense of belief. ‘That’s the greatest gift you can give people, that self-confidence, that belief in yourself that you can go the extra mile.’

He referred to the post-Rio homecoming in 2016 – a very different affair indeed. ‘We think back to five years ago and it was bedlam outside, we had a great night and great craic, and I was just saying to Teddy [O’Donovan] on the way in … in the history books to come, when we talk to the children of Skibbereen, the Covid Olympics will stand out as an exceptional one.

‘These Olympics and your success is about family, it’s about friends, it’s about parish, it’s about community, county and country. It’s about team work, too. It’s trust, courage, honesty and fair play and, of course, hard work.’ 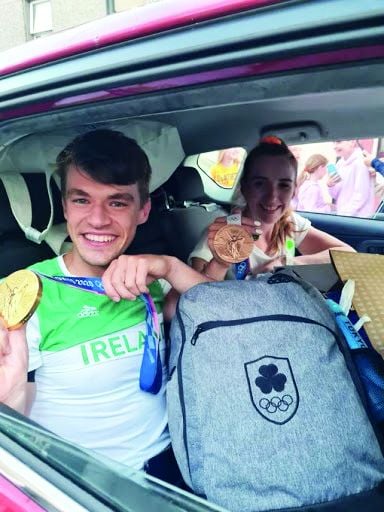 Fintan and Emily showing off their medals during a short drive-through of Skibbereen on Sunday night. (Photo: Anne Minihane)

Congratulating the Olympians on their attitudes and dignity, and the club for its achievements, he said they had both ‘put Skibbereen on the map in a way no other town in Ireland is on the map.’

Tributes also came in from Bishop Fintan Gavin who, in a letter to the medal winners, said: ‘We are all grateful for the light you have splashed in our direction with your oars and your spirit.’