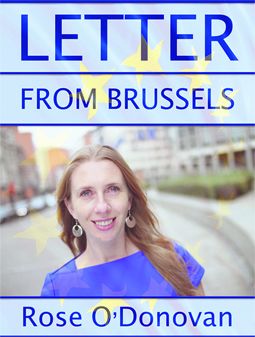 FARM Commissioner Phil Hogan is coming under pressure to introduce measures to alleviate pressure in the EU’s dairy sector, but he is holding tough for now, saying such moves would give the wrong signal to farmers.

Last week at the European Parliament plenary session in Strasbourg, Hogan rejected an appeal from MEPs to raise the price at which dairy products can be taken off the market during a crisis. Voting through a report by the Ulster Unionist MEP Jim Nicholson, the House argued that raising the intervention price would assist dairy farmers hit by a the recent slump in prices, amid oversupply on the market, lower global demand and the extension of Russia’s food import ban.

During the debate on July 6th, Hogan said such an increase would be ‘counterproductive’ and existing market tools were sufficient. But the EU farm chief acknowledged the ‘short-term difficulty’ in the sector, saying he was ‘concerned’ about the low prices in some regions. But, altering the intervention price ‘would do nothing but delay the inevitable – a necessary adjustment - and make it even more painful in the future,’ Hogan said.

Instead the priority should be to look for more market opportunities abroad, improve contracts for farmers and, in the short-term, to assist farms hit by Russia’s food import ban.

Just a few days before the vote, Northern Ireland’s Farm Minister Michelle O’Neill (Sinn Féin) accused Hogan of living in an ‘ivory tower,’ as he was not recognising the ‘genuine agriculture crisis now unfolding within the milk sector’. The comments came in the wake of the fortnightly auction on July 1st, set up by the New Zealand dairy exporting giant Fonterra, where international dairy prices fell almost 6% to a six-year low.

The slump in prices was driven by abundant global supplies as a result of high prices, cheap feed and favourable weather conditions – up by 200,000 tonnes in the first four months of the year – at a time when demand for milk powder from major buyers such as China has fallen.

The former European Affairs Director for the Irish Farmers’ Association (IFA), Michael Treacy, is expected to be appointed as ‘special adviser’ to EU Farm Commissioner Phil Hogan in September, it emerged this month. After twenty-five years of service with the 85,000-strong IFA, the Kildare man retired at the end of last year, with Hogan describing him as a ‘true giant of Irish and European agriculture’ at his well-attended leaving do on December 4, where RTE’s Tommie Gorman delivered the keynote address.

Widely seen as one of the top lobbyists in the capital, the former diplomat, who served for a number of years in Bonn, will hold an external advisory role. ‘Special advisers are people with exceptional qualifications and/or relevant, high-quality, high-level professional experience and expertise,’ DG AGRI officials said, adding that Treacy ‘fits these requirements with his tremendous knowledge of the agri-food sector’.

Earlier in the week, I got a bit of a taste for the limelight when I moderated a live debate on genetically-modified (GM) crops. Following the recent Commission proposal to allow countries ban the use of genetically-modified animal feed on their territories, we gathered together the acting Director General in charge of the file, an Italian MEP who is fighting to reject the plans and the president of the European Feed Manufacturers’ Federation, who is not shy in voicing his opposition to the move.

You can check it out on www.vieuws.eu.